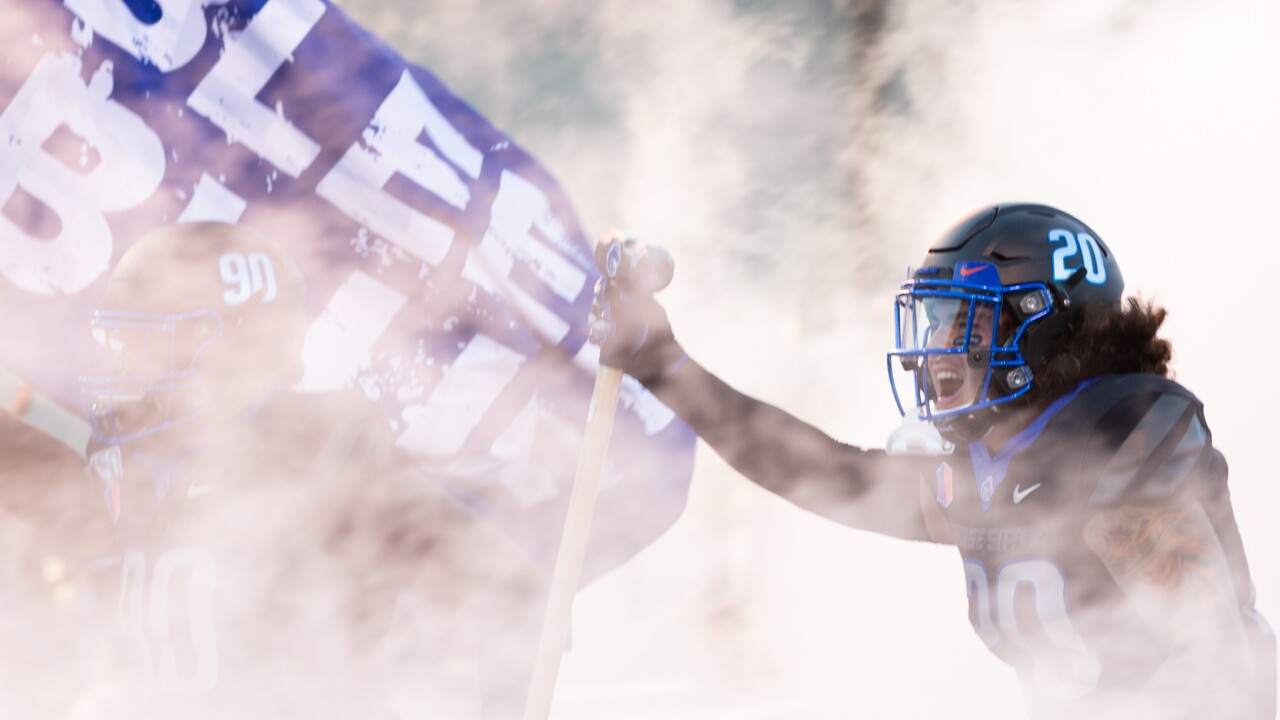 BOISE, Idaho — The Boise State football teams announced a home-at-home series with the University of Central Florida. Boise State will open the 2021 season in Orlando, Florida at Spectrum Stadium. The UCF Knights will make a return trip to Albertsons Stadium in 2023.

The game marks the meeting of two "Group of Five" programs that have pushed for national respect in college football.

“We are excited to have this series on the schedule, and thrilled to be able to bring our fans another marquee game on The Blue,” Apsey said. “I believe this is a match-up that college football fans throughout the country want to see, and one that our student-athletes will be excited to play.”

The two programs have pushed their way into the national conversation both in the former BCS and current college football playoffs but have largely been seen as unworthy of scheduling traditional power conference teams. UCF particularly has been criticized for their scheduling strategy opting to demand home games from SEC teams. Boise State has traditionally accepted neutral site games against Power Five schools.

Boise State and UCF have not previously met in football.

Boise State has played just two games against the American Athletic Conference, going 2-0 against Connecticut. However, against schools that currently comprise the league, the Broncos are 10-1 all-time. Boise State is 6-0 against Tulsa, and 2-0 against both SMU and UConn. The only blemish came against East Carolina in the 2007 Sheraton Hawaii Bowl.

Here’s a complete look at the Broncos’ future nonconference schedules through 2029. (Dates are subject to change for television)