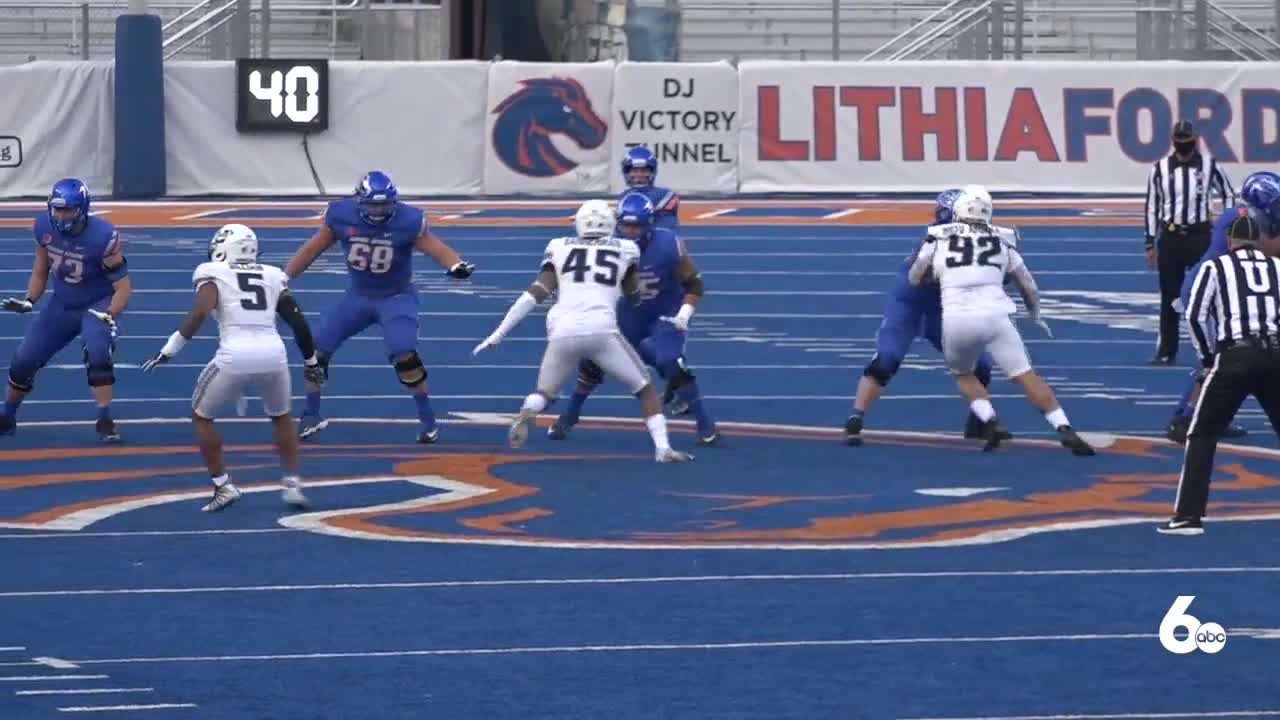 The Boise State Broncos finally got to play some football and even without fans in Albertsons Stadium, the Broncos cruised to a 42-13 victory over Utah State.

BOISE, Idaho — The Boise State Broncos finally got to play some football, and even without fans in Albertsons Stadium, the Broncos cruised to a 42-13 victory over Utah State.

It's unusual to play a season opener that is also a conference game, but the Broncos took care of business on the blue in dominating fashion.

It was hard to tell that BSU hasn't suited up for a game in almost a year.

In the second quarter Bachmeier connected with Khalil Shakir for a 52-yard touchdown, Shakir led the Broncos with seven catches for 123 yards and two touchdowns.

Bachmeier was outstanding, he went 20-28 for 268 yards and three touchdowns, Bachmeier also ran for a touchdown.

Meanwhile, the defense was stifling, allowing 203 yards for the game, but in the first half, they forced Utah State into a three and out on six of their first possessions.

Sophomore George Holani ran for 100 yards on 14 carries, he rushed for a touchdown and had a spectacular run on a catch for 17 yards.

It was surreal not having fans in the stands, it was hard to hear the referee when he made announcements with his mask on, and you could hear more from the sidelines than usual.

Pretty surreal to have no fans as Boise State gears up to host Utah State in their season opener. We will have a recap tonight at 10. pic.twitter.com/E5dlG4Gov1

The Broncos did not have any players out due to COVID-19 in Saturday night's game.

BSU will face up against Air Force next Saturday as they fight for their second win in the Mountain West Conference.