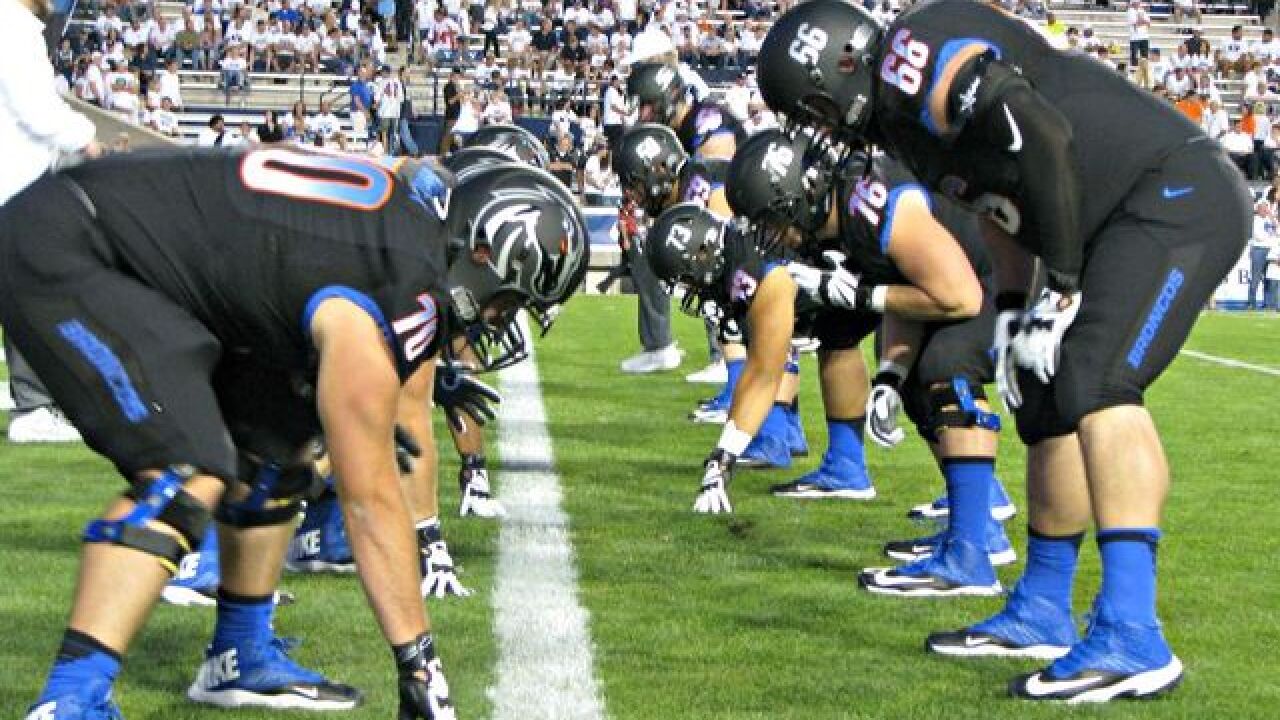 BOISE, Idaho — The first College Football Playoff rankings are out and the Broncos are in the mix for a New Year's Six game. The committee put Boise State at 22nd, just a post behind their 21st ranking in the AP Top 25.

The Broncos are behind two American Athletic Conference teams, Cincinnati and Memphis, and would have to win the rest of the season, the Mountain West Championship, and be the highest-ranking Group of Five Conference champ to be considered for a New Year's Six bowl spot.

The Bearcats are 17th in the AP Top 25, 20th in the College Football Playoff rankings and currently have seven wins and a 42-0 loss to CFB Playoff no. 1 Ohio State on the season. The Memphis Tigers landed at 21st in the CFB rankings, are 19th in the AP, and 8-1 overall for the season. The team is off this weekend and travels to Houston on November 16.

The highest-ranked Group of Five team at that point would head to Arlington, Texas for the Cotton Bowl on December 28.