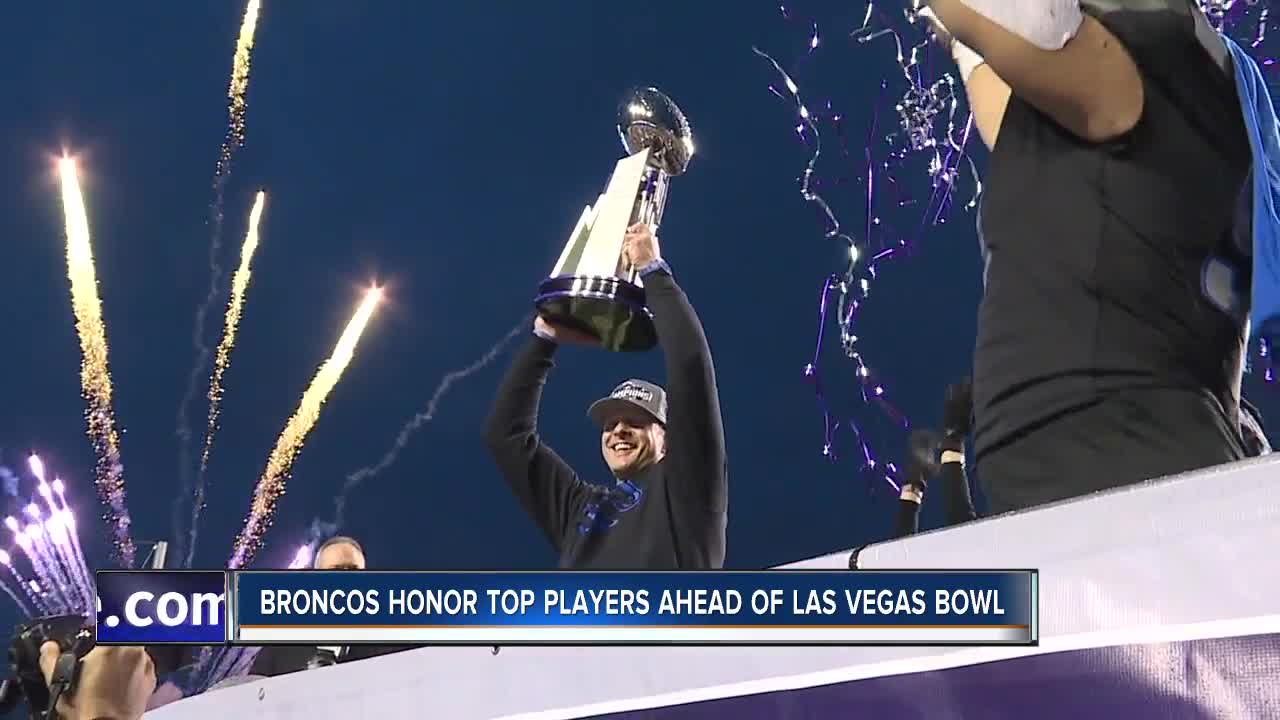 BOISE, Idaho — The Boise State Bronco football team took time this week to honor some players who made a huge impact this season for the Mountain West champions.

Curtis Weaver was named the Bronco's "Player of the Year" and also earned "All-American honors." Weaver was the only group of five player to do so.

On the offensive side of the ball, wide receiver John Hightower and Khalil Shakir were named co-offensive players of the year for the Broncos and the respect they have for each other is obvious.

All of these awards were voted on by the players.