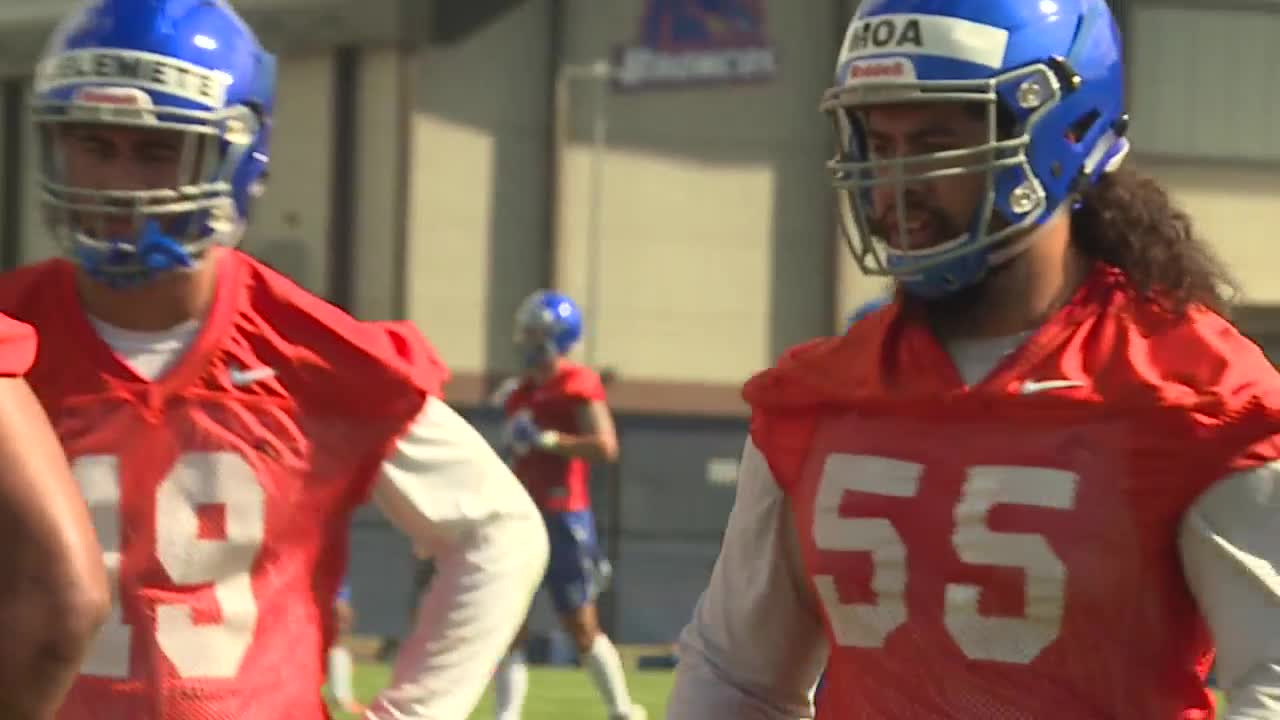 BOISE — The Boise State Broncos have several important questions to answer as they start fall camp in preparation for a trip to Florida State on August 31.

Coach Bryan Harsin will have to figure out who his quarterback will be, who will run the football and it will be interesting to see how the defense will be after they lost defensive coordinator Andy Avalos.

The Broncos also have several key players returning from serious injuries, including defensive tackle David Moa who will return for his sixth season at Boise State University after suffering an achilles tendon tear last season.

David Moa and the Broncos hit the practice field for the first time this fall as the team prepares for the upcoming season.

"It's been a long time coming and to be literally running on that grass was an awesome experience," said Moa. "It was like I was a young guy again.

To see how Moa has grown as a leader during a season where he was not able to play and how some of his teammates give him grief for being an older player check out the video.