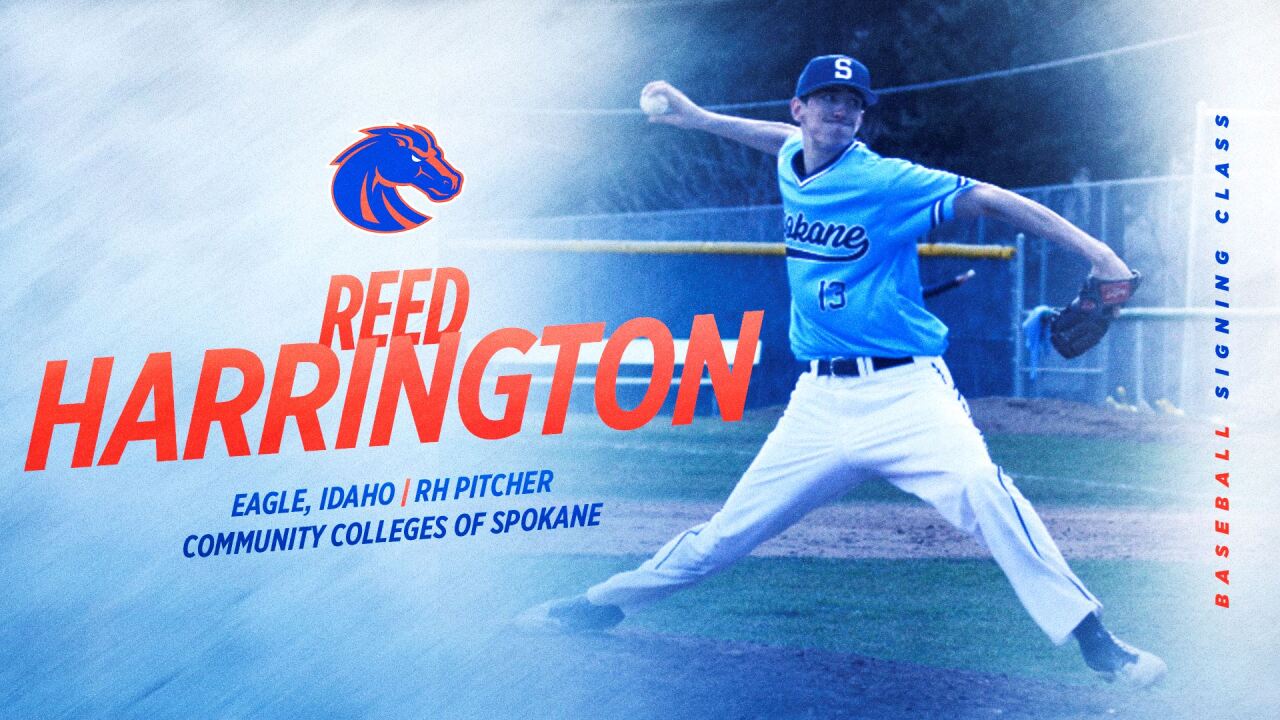 BOISE — Boise State's baseball team hasn't taken the field. In fact, the Broncos won't play a game until 2020. But, the team is already getting recognized for its players, with a signee being drafted by the Boston Red Sox in the 20th round of the MLB draft on Wednesday.

Reed Harrington signed to play for the Broncos after his tenure at the Spokane Falls Community College. He is originally from Eagle and is a pitcher.

Harrington was drafted at pick number 617 in the 20th round.

Congratulations to Reed Harrington (@reedph14), one of our signees for next season. He was selected by the @RedSox in the 20th Round of the 2019 @MLBDraft. Reed led the NWAC with 12 saves this season @CCSpokaneBSB #BleedBlue

Harrington has told Boise State that he plans to sign with the Red Sox.

The Broncos also had another signee get drafted, this time in the 35th round. Torin Montgomery was drafted out of Washington High School by the Marlins. No word on his plans to sign or not.