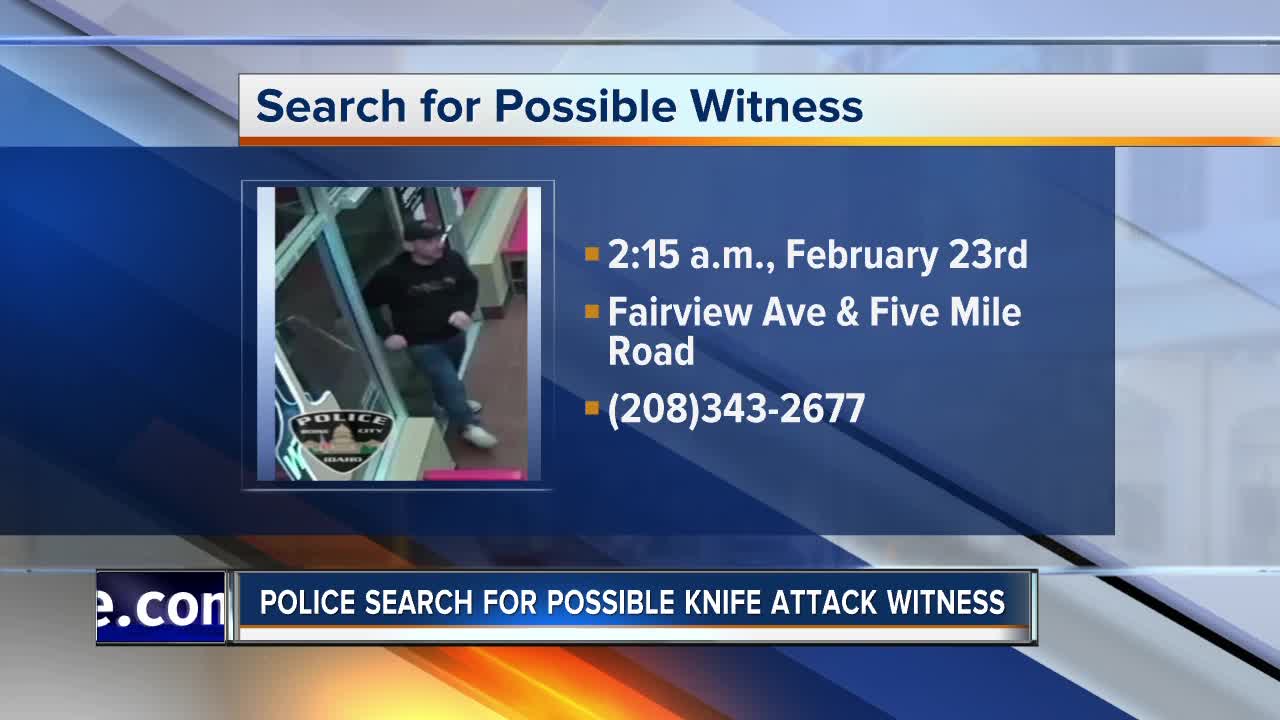 BOISE — Boise Police Department investigators are asking for a public’s help in locating a man they say could be a possible witness to a knife attack.

It happened on February 23rd near the intersection of Fairview Avenue and Five Mile Road in west Boise. “Detectives have a possible suspect identified, but would like to speak with a potential witness in order to further their investigation,” according to a Boise Police news release.

About 2:15 a.m. that day, officers were dispatched to the area on a battery report.

“A male adult victim had been attacked with a knife by an unknown male suspect. The victim’s injuries were not life threatening. Following (their) investigation, officers were able to identify a possible suspect and a possible witness,” the release stated. “It’s believed the witness does not know either the victim or the suspect.”

Anyone with information about this investigation -- or the witness -- is encouraged to call Crime Stoppers at 208-343-COPS (2677), www.343COPS.com, or leave a tip using the “P3 Tips” app for your mobile device. Tips can remain anonymous.