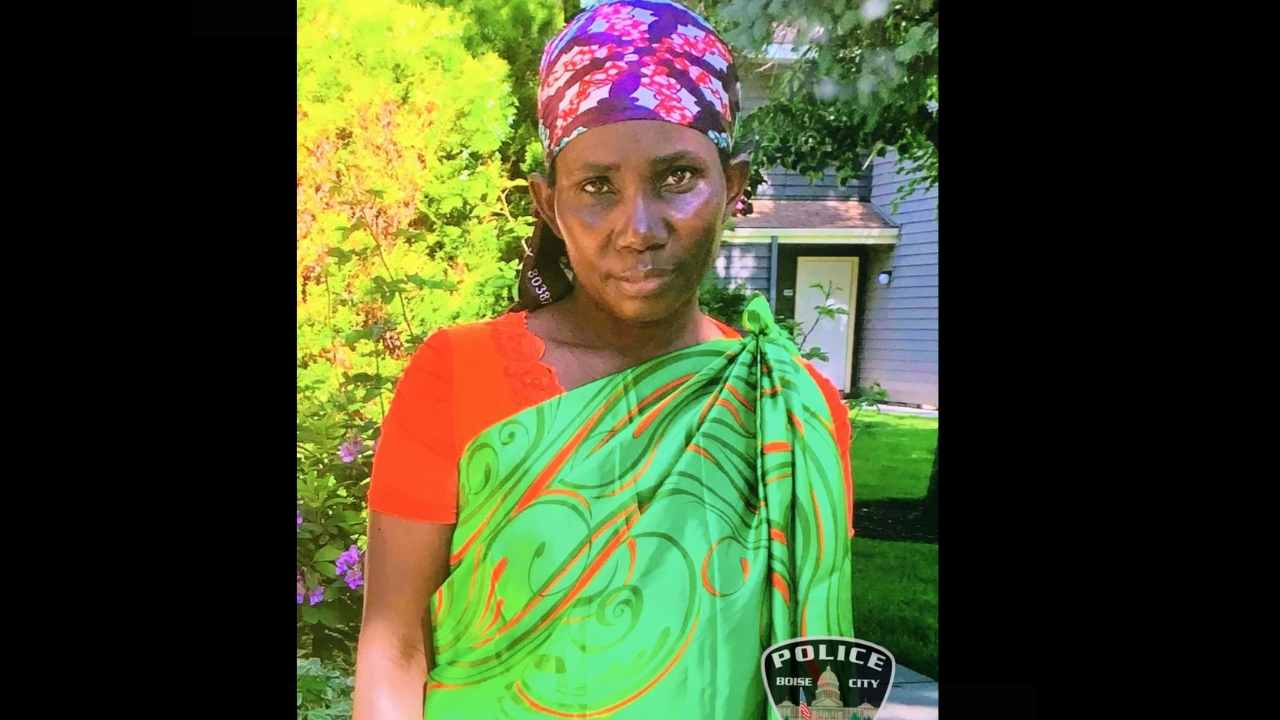 BOISE, Idaho — UPDATE (7/29): Boise Police say Beatrice Nyabenda has been located and reunited with family. Police thank everyone who called in tips.

Great news! Beatrice Nyabenda has been located in Boise. She is safe and has been reunited with family. Thank you to everyone who called in tips, your extra eyes make a difference.

ORIGINAL: Boise Police are asking for help looking for a woman who has not been seen since Sunday afternoon. Nyabenda's family called the police to report her missing Monday morning.

In a press release, Boise Police said Nyabenda left her home near E. Boise Ave and S. Apple Street around 3 p.m. on Sunday. She is known to frequent the Albertsons at Apple and Parkcenter. Nyabenda is 54 years old, 5'3 and around 125 pounds. She was last seen wearing a green and white dress, carrying an umbrella and a bag.

BPD continues to search for missing Beatrice Nyabenda. Due to the extreme heat, Nyabenda’s previous medical concerns, & that she has been missing for several days, officers and her family are worried for her safety. Call 208-377-6790 w/info https://t.co/gaTZnRDPmq pic.twitter.com/1OQFhGOIUB

Officers have searched the nearby foothills with an unmanned aerial vehicle and increased patrols in search for Nyabenda. Police are asking residents in the area to check backyards, outbuildings and any unattended property around their homes. Detectives ask anyone who sees her to call dispatch and stay in sight until officers arrive.

Patrol officers, detectives, and BPD's Refugee Liaison are helping the search. If you have any information, call non-emergency dispatch at 208-377-6790 or CrimeStoppers at 208-343-COPS.