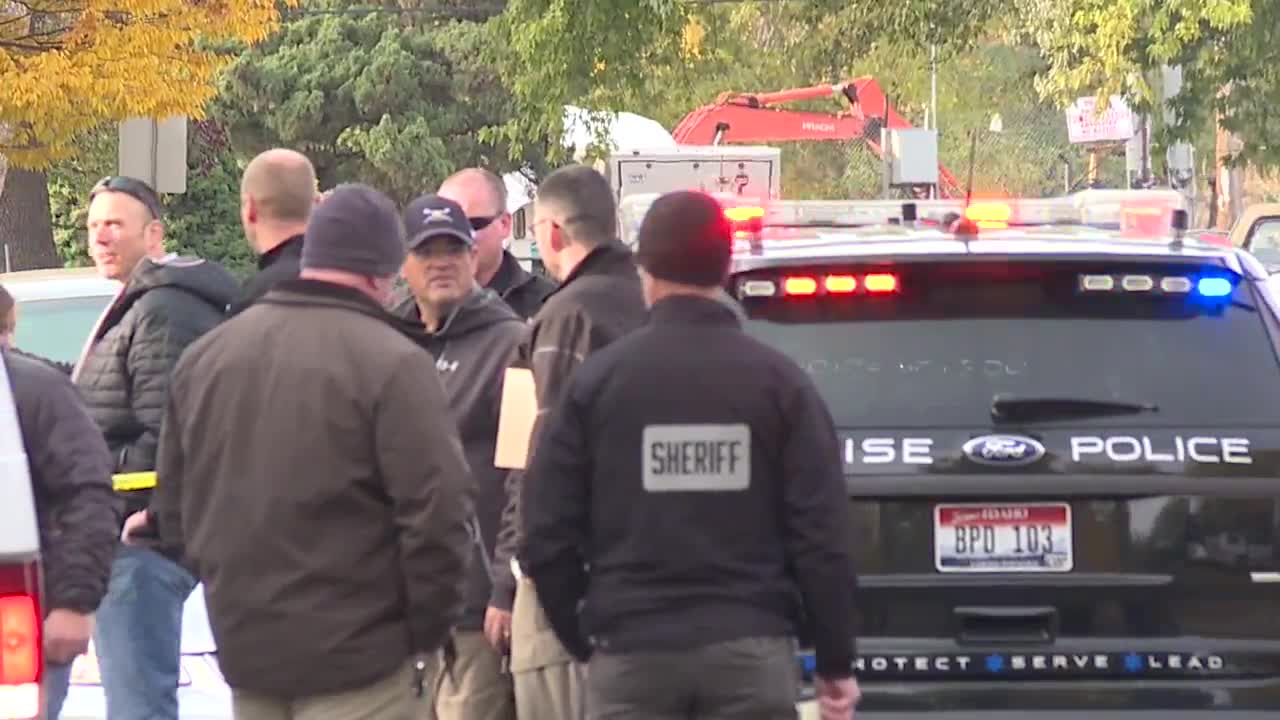 In a tweet from the official BPD account, police say they responded to reports of a suspicious subject and a person pointed a weapon at them.

Authorities in southwestern Idaho say a woman pointed a BB gun that resembled a 9mm handgun at officers before two officers opened fire, killing her.

The Meridian Police Department on Thursday released the information from a multi-agency task force’s investigation into the officer-involved shooting on Sunday that killed 33-year-old Amber Lea Dewitt of Caldwell.

The shooting happened after police responded to a report around 6 a.m. Sunday that a woman was acting suspiciously and knocking on doors in Boise.

Police say they found Dewitt sitting in a vehicle, and she pointed a gun at them when they attempted to make contact.

Authorities say officers opened fire, and Dewitt was pronounced dead at the scene.

The Critical Incident Task Force says they recovered a realistic looking BB gun, which they say was pointed at an officer, from the deceased suspect.

The Critical Incident Task Force is continuing the investigation into this shooting in order to gather all the information possible to gain the most accurate accounting of what occurred.

The Critical Incident Task Force says they will not release any further information until the completed investigation is reviewed by a prosecutor.

(10/21) Ada County Coroner Dotti Owens released the name of the woman who was killed in an officer-involved shooting from Sunday morning. Owens says 33-year-old Amber Lea Dewitt of Caldwell died of multiple gunshot wounds. The report states Dewitt was pronounced dead at the scene. A toxicology report are still pending.
-------------------

The Boise Police Department says a woman is dead after a shooting near Veterans Memorial Park early Sunday morning.

Shortly after 6:00 a.m., officers were called to the 900 block of Clover Street. The calling party told officers a woman was acting suspiciously and knocking on doors.

Danny Boyd tells 6 On Your Side the woman told him she was looking for someone who stole her belongings while she was in jail.

Boise Police showed up and found the woman in her car. Officers say she pointed a weapon at them.

"The officers encountered a non-compliant female, resulting in an officer-involved shooting," a press release stated. "The suspect was later determined to be deceased."

None of the involved officers were injured.

The Critical Incident Task Force, led by Meridian Police, was activated to investigate the shooting.

Officer-involved shooting near Clover and State St. Officers were responding to a call for a suspicious subject. During the contact, the suspect pointed a weapon at officers. Officers fired and the suspect is deceased.

The Officers were not injured. CITF, led by Meridian PD is investigating.