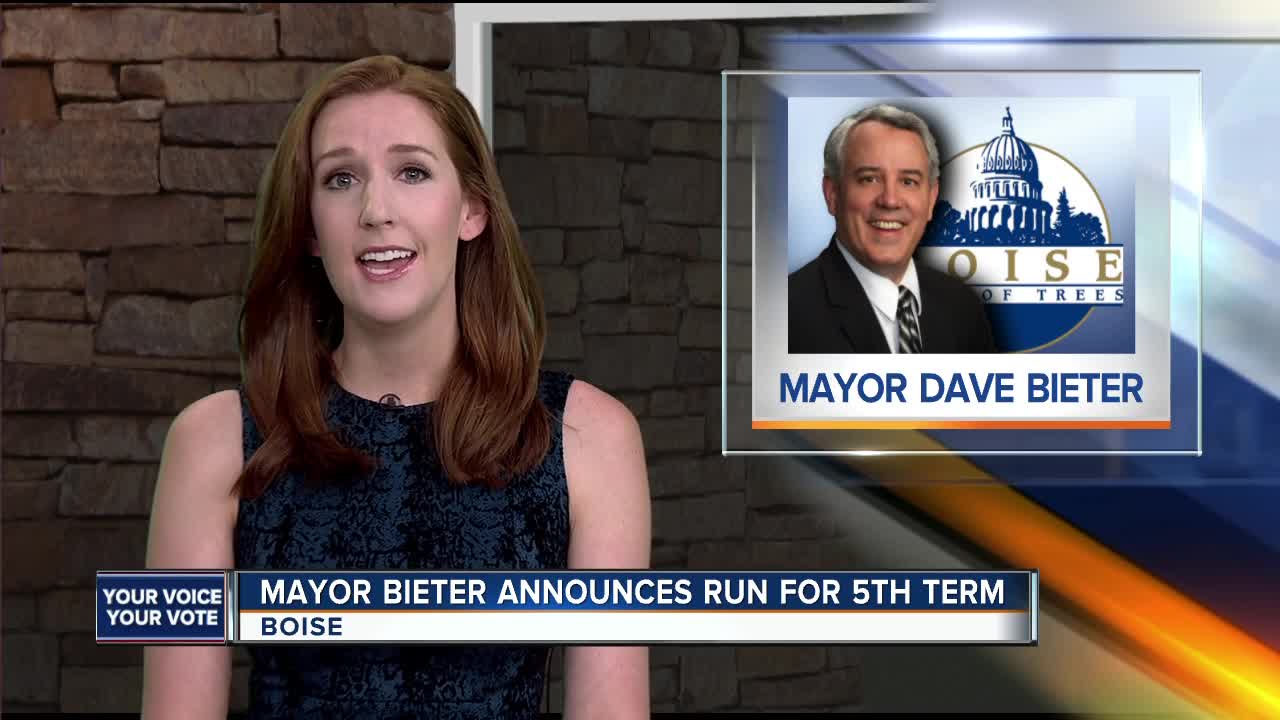 “Ever since I was a little boy, I’ve dreamed of giving back to my hometown,” Bieter, a Boise native, said. “It’s been an honor to serve this city as Mayor and I’m grateful every day for the trust the people of Boise have placed in me to lead the city we all love.”

“Every morning, I ask myself one question,” Bieter said. “'Are we making Boise the most livable city in the country?'”

To highlight his record, Bieter pointed to the city’s efforts to support firefighters and make communities safer with improved fire stations under his leadership. He said he also takes pride in the city’s work of investing in and protecting the foothills (while expanding parks), as well as tackling homelessness, building four neighborhood libraries, and launching Boise’s Pre-K Project with the Boise School District during his time in office.

“We’ve accomplished a lot, but there’s a lot left to do,” Bieter added. “Whether we talk about protecting our beautiful foothills, creating a modern transportation system, preventing homelessness, or increasing access to affordable housing, this campaign will be for the people of Boise. I hope they join me because together we will make Boise the most livable city in the country.”

The election for Boise’s Mayor is Tuesday, November 5.