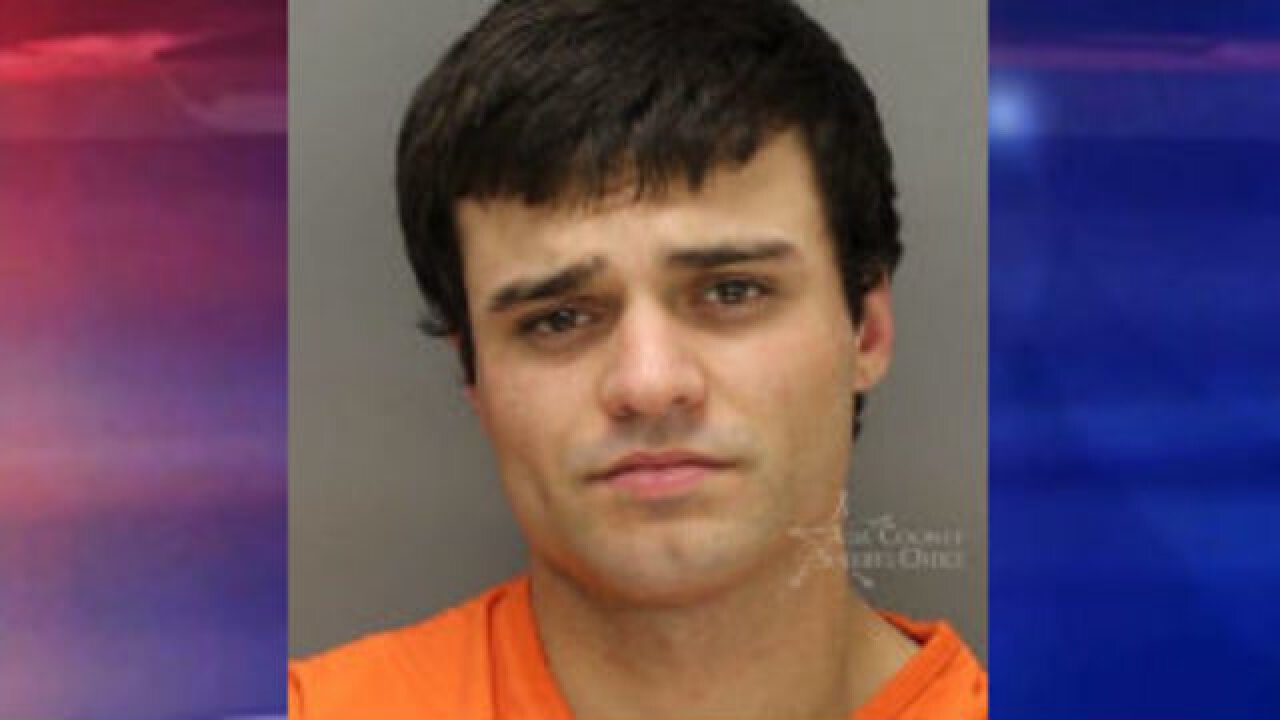 A Boise man has been booked into the Ada County Jail on thirteen felonies, including sexual abuse of a child and criminal possession of a financial transaction card.

Boise Police Patrol officers responded to a store on the 100 block of Myrtle Street about 3:50 p.m. Thursday to investigate a report of a shoplifter.

“Witness reports indicate the suspect (later identified as Riley Lodge, 25) entered the store and placed miscellaneous grocery items into a personal bag -- then exited the store without attempting to pay for the items,” said Boise Police spokesman Ryan Larrondo.

Lodge was detained by store employees until officers arrived.

When officers searched the suspect, they found him in possession of several financial transaction cards that didn’t belong to him, Larrondo said.

Reports show those crimes -- involving sexual battery and abuse -- allegedly took place in Boise over the past few years, involving at least five victims. “Two victims were between the ages of sixteen and seventeen, three were under the age of sixteen,” Larrondo said. In all cases, the suspect knew the victims, he added.