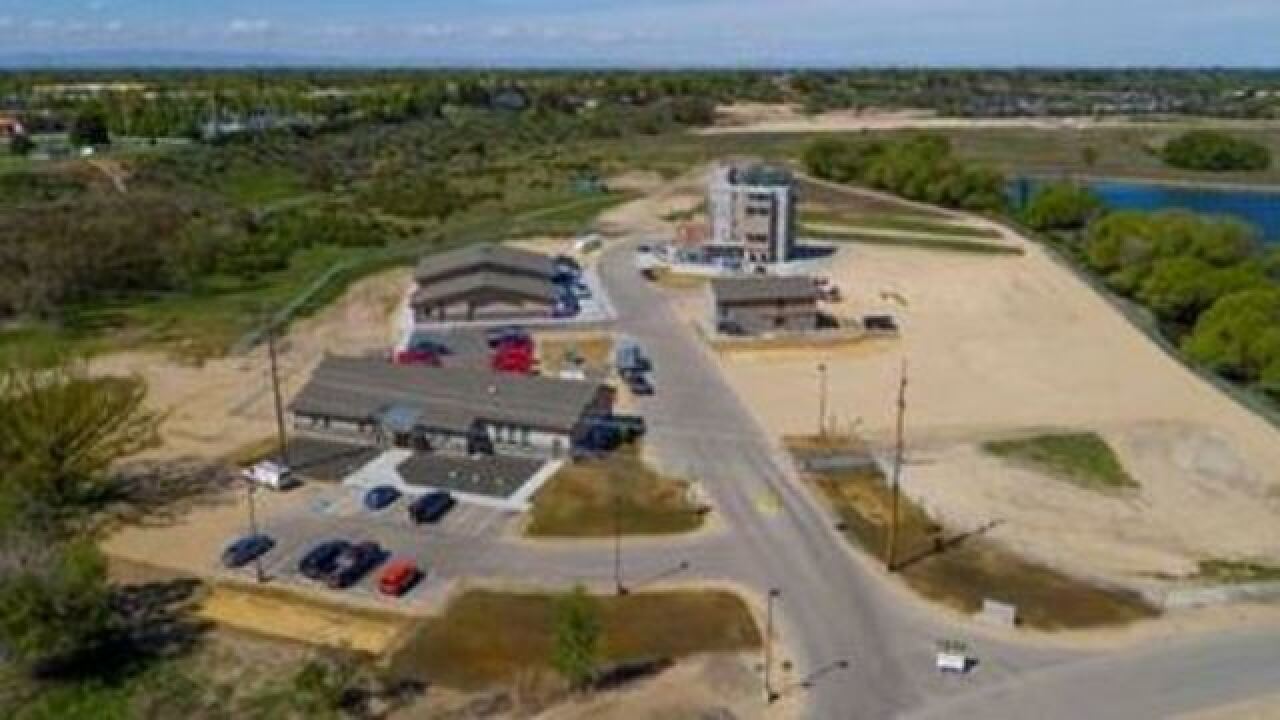 The center will allow for live fire training, which “is not only important for new firefighters, it also important for veteran firefighters (as they) continue to hone their skills through training and exposure to a variety of scenarios,” said Boise Fire Department spokeswoman Char Jackson.

“This has been a long road to get to this point -- and this facility will be a game-changer for our department and the surrounding departments. Live fire training will allow our firefighters to train on an ongoing basis, making our department even greater and stronger than it already is,” said Boise Fire Chief Dennis Doan.

The new facility -- which meets the National Fire Protection Association’s standards for training new and existing firefighters -- includes an administration building, training and safety building, a Class A burn building for combustible materials such as wood pallets and straw, and a Class B burn building with propane live fire props. “That building also features a five-story training tower that is able to simulate the various urban environments (and building configurations) for training scenarios,” Jackson added.

The first floor includes a hotel lobby, and warehouse and retail space; apartments, private offices and cubicles make up the second and third floors; hotel rooms and balconies on the fourth; and suites and apartments on the fifth.

The training center is one of five projects made possible by the public safety no-tax bond which had 76 percent approval in 2014, Jackson said.