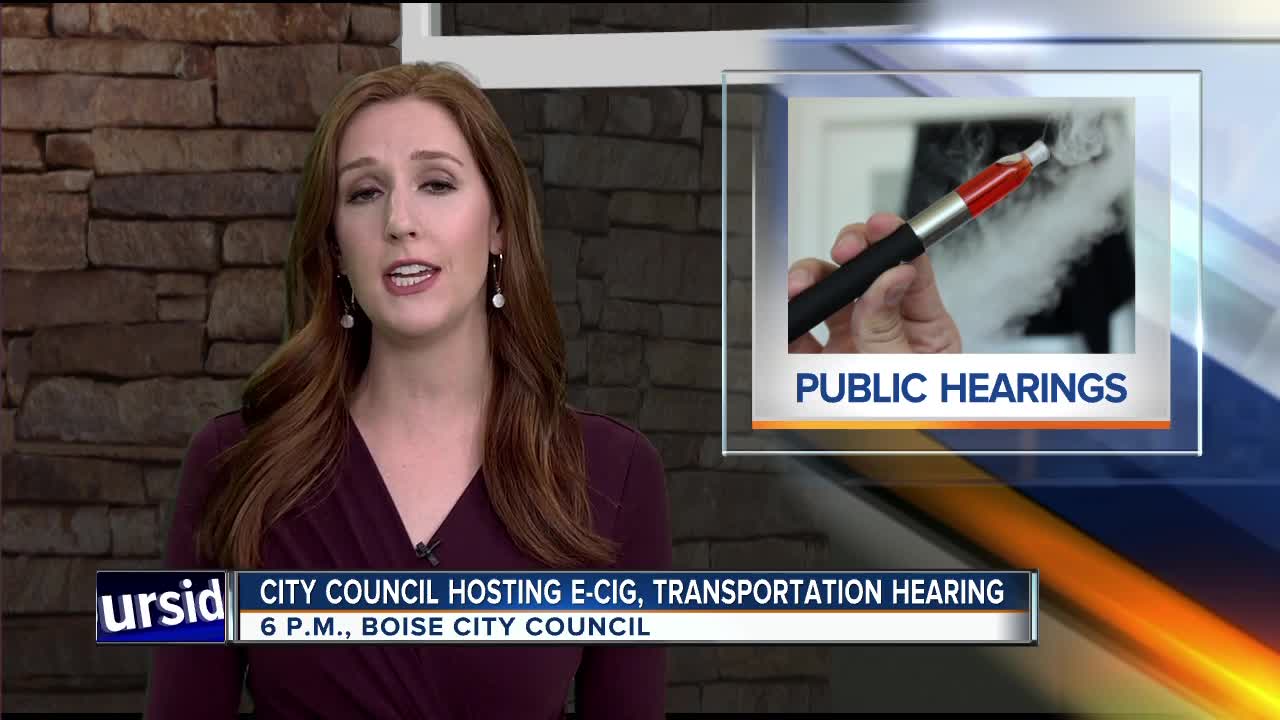 "We now know more about the adverse health impacts these devices have on our citizens and their rising use among young people," says City Council Member Holli Woodings. "I think the time is right to make this change, and I look forward to hearing from residents on this issue."

Valley Regional Transit staff will join City of Boise staff to present the current state of the city's support of VRT, as well as needs they're seeing. The community can share their ideas about how and from what sources they'd like to see public transportation funded, what they would like to see added, and how the fund can be used. The hearing is not about specific routes, but comment cards will be available for route discussion.

The Boise City Council meeting is set for 6 p.m. on Tuesday, April 16, at the Maryanne Jordan Council Chambers inside Boise City Hall.