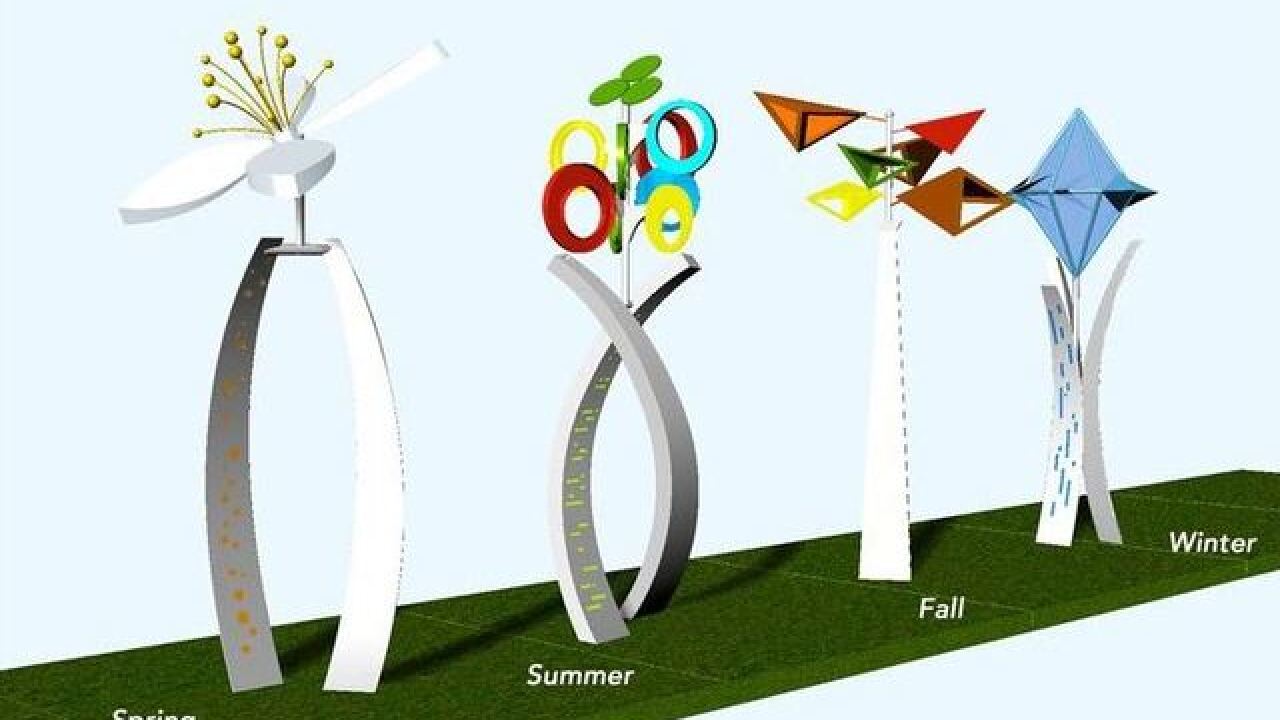 Copyright 2018 Scripps Media, Inc. All rights reserved. This material may not be published, broadcast, rewritten, or redistributed.
Boise City Dept. of Arts and History 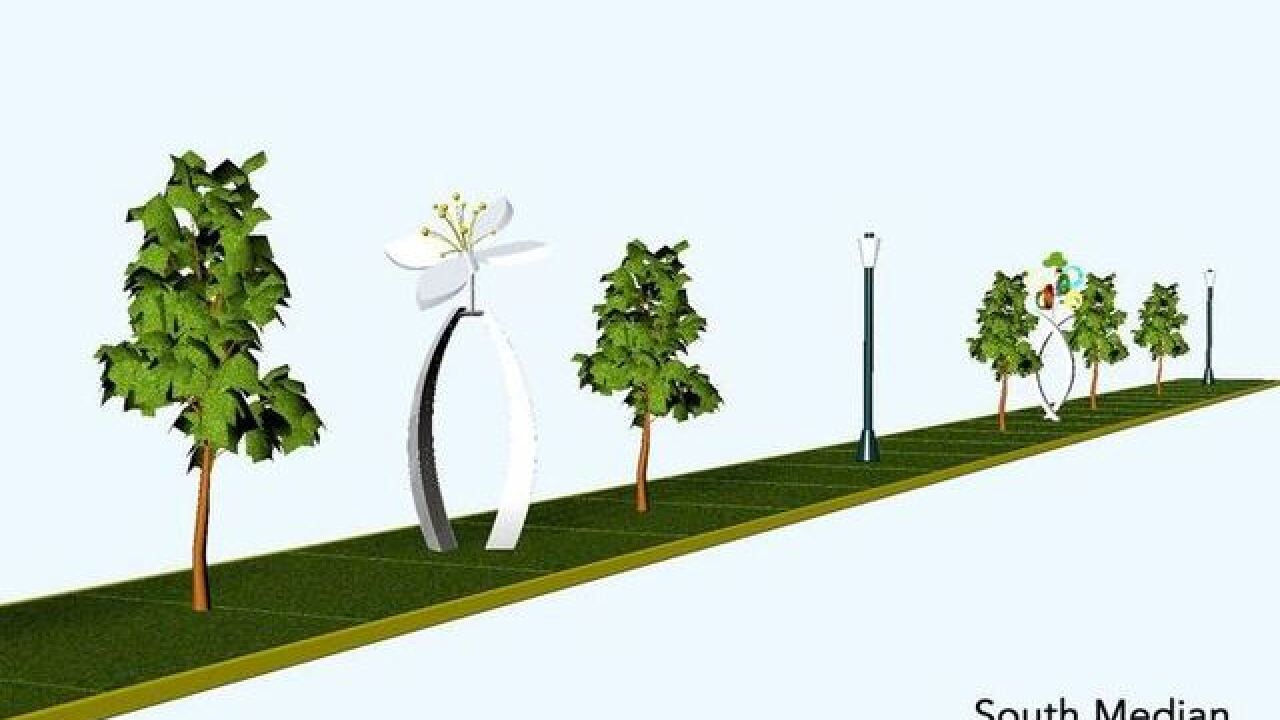 The Boise City Council Tuesday approved the selection panel’s recommendation to commission Saori Ide and Jonathan Russell, an artist team from Berkeley, California, for their proposal titled “Transitions” -- for public art to be placed in the medians on South Vista Avenue.

“The artwork features four colorful kinetic sculptures, each standing just under thirteem feet high, two on each designated Vista Avenue median. Mounted on top of each will be a unique kinetic element that moves with the wind, signifying each season of the year. ‘Transitions’ is anticipated to be installed in the fall of 2019,” said Boise City Department of Arts and History spokeswoman Jennifer Yribar.

Saori Ide -- originally from Osaka, Japan -- founded Ride Art LLC in 2011 with her husband Jonathan Russell, a professor at The Academy of Art University in San Francisco. Together, they have completed eight major commissions over the past six years, including “Abstract Wind Sculptures” (2013), twelve abstract wind sculptures installed on a 1.9-mile-long avenue in El Cerrito, California, and “Songs of the Everglades” (2016), a series of eight colorful birds mounted on solar/wind powered light poles along Florida’s Port Everglades Cruise Terminal parking lot.

The artist team was paid a $1,000 proposal stipend to cover all proposal costs. Ide and Russell will be provided a combined project total of $147,000 to formalize the design, fabricate, coordinate the transportation of the work to the site, and all other project costs.

“The City of Boise will hire a separate, Public Works licensed contractor to design and construct the footing/anchor and manage the traffic control and installation of the artwork”, Yribar said.

The project is funded from the Percent-for-Art fund, Energize Vista Initiative, and Together Treasure Valley -- and is made possible through a collaborative partnership with Arts and History, Planning and Development Services, Parks and Recreation, Public Works, and ACHD.

For the past two years, the Vista Neighborhood has been the focus of a collaborative program called Energize Our Neighborhoods, said Yribar. “The program aims at celebrating neighborhoods and improving livability. One key finding of initial community engagement in the Vista Neighborhood identified challenges associated with Vista Avenue itself, a five-lane corridor that bifurcates the neighborhood. Due to the high volumes of traffic and limited cultural opportunities, the area along Vista Avenue lacks a sense of place and has lost its historic neighborhood character. Public art has the power to change this perception,” she explained.

The proposal also received the popular vote from the public commenting period which took place during July of this year. The artists remained anonymous throughout the selection phase, offering an unbiased platform for the decision-making process.

The proposal was vetted through Arts and History’s Care and Conservation team, Public Works Engineering, and the Ada County Highway District.