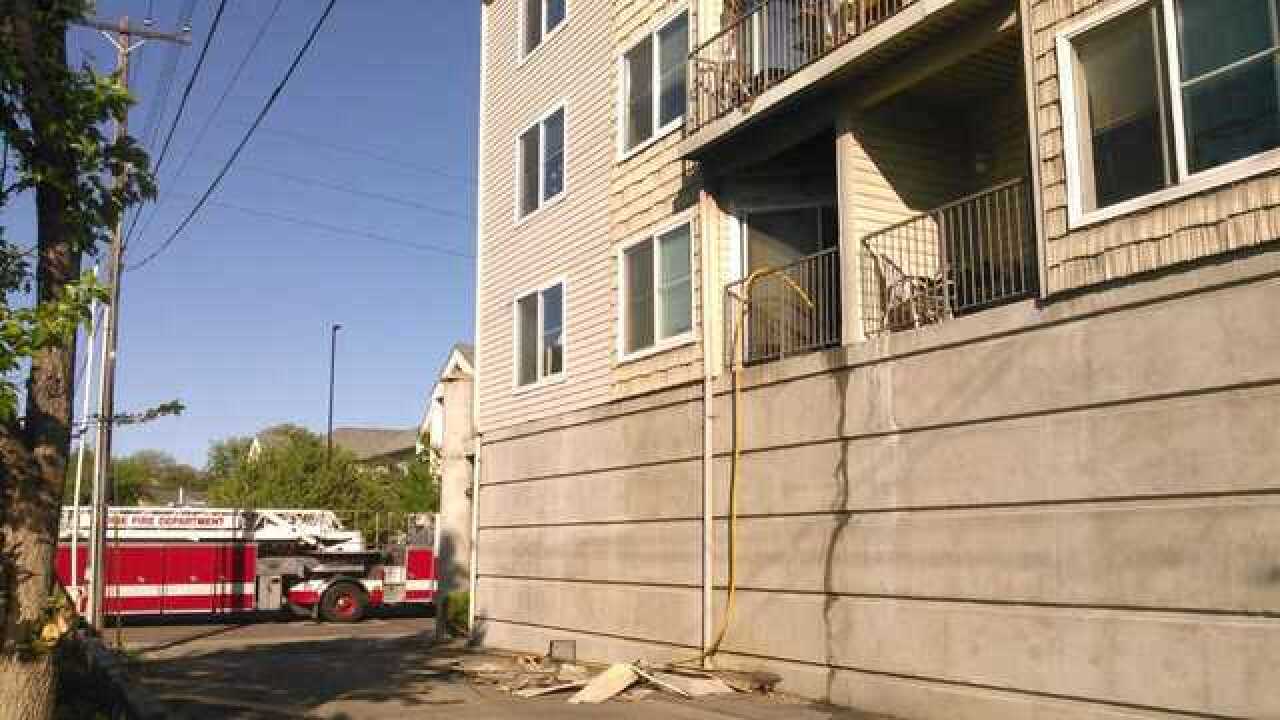 Firefighters work to extinguish a fire at the Shoreline Plaza North Apartment complex in Boise on Monday evening.

Crews were called to an apartment building on the 600 block of River Street in Boise shortly after 6 p.m. The fire started on the second floor of one apartment, prompted the evacuation of the residents who live on the floors above.

Boise Fire told Six On Your Side that a bystander who saw the fire tried to put out the fire with an extinguisher. He was treated with smoke inhalation and expected to be okay.

Firefighters were able to put out the fire quickly. Boise Fire reported the fire was accidental, due to careless use and disposal of smoking materials.