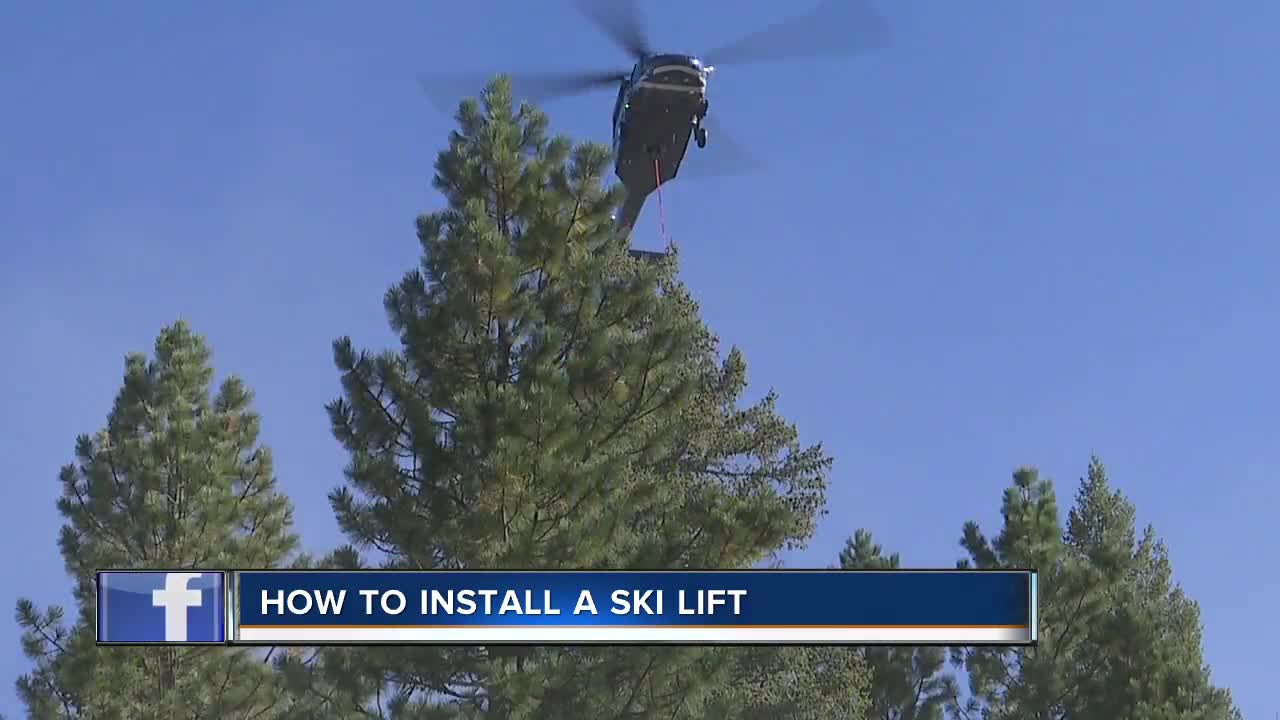 BOISE, Idaho — Bogus Basin ski resort just finished the heavy lifting for its brand new ski lift. A helicopter delivered the huge metal towers to the hillside where human crews guide them into place. One false move in that job could be costly.

The construction of a ski lift is like fleas playing with Lincoln Logs. A UH-60 Blackhawk helicopter is used to fly the towers and cross arms into place. Every piece had to be carefully labeled with q-r codes so they go in the right place at the right time.

"There's been months and months of work to go into this process we started in June." explains Nate Shake, director of mountain operations at Bogus Basin.

But with everything organized, the heavy lifting gets going. The pilots have to balance load weight -- thousands of pounds -- with altitude, but say the Blackhawk is perfect for the job.

"It's safe. It has system redundancies and we rarely have any issues with it."explains co-pilot Caleb Keeney with Timberline Helicopters out of Sandpoint, Idaho.

But swinging a multi ton piece of metal around tiny ground workers takes nerves of steel. Two workers climb each tower to attach the cross arm. Cables through two bolt holes allow crews to pull the pieces together before installing the remaining bolts.

Good enough to finish this job in just over an hour. Bogus and tamarack saved money by coordinating their lift construction at the same time. The helicopter, which is based in Sandpoint, was able to do both jobs in one trip.