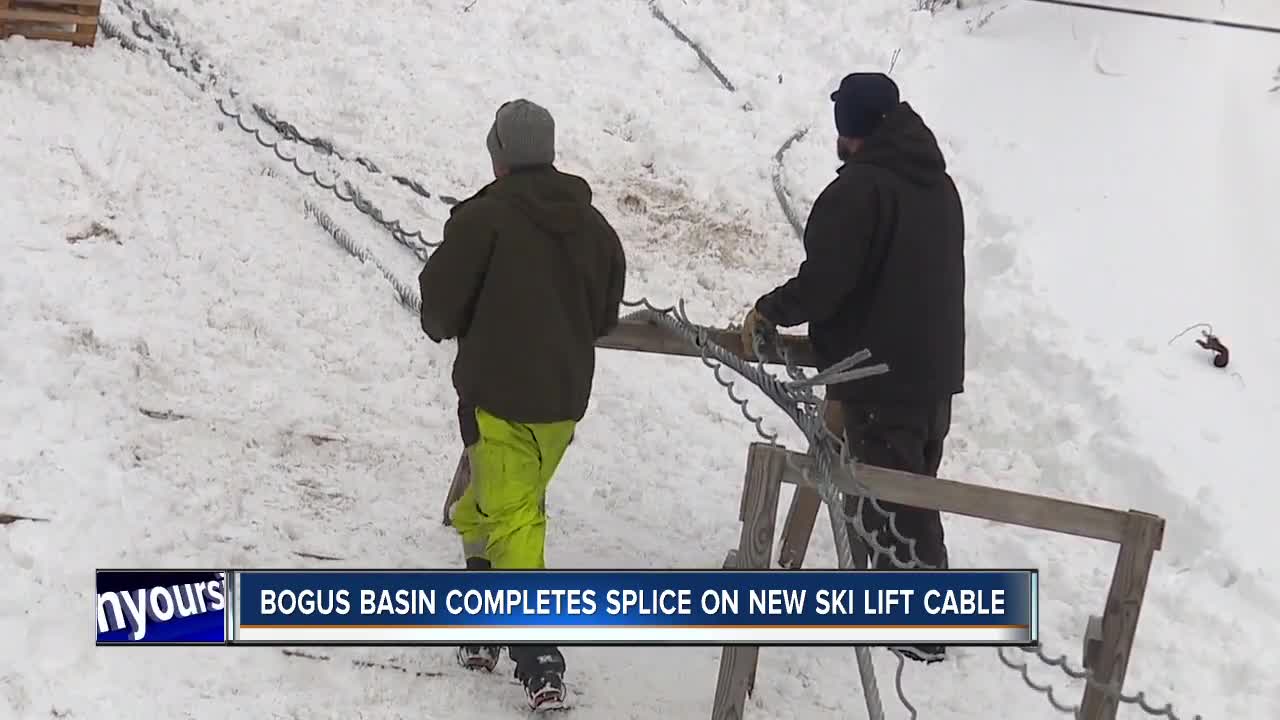 BOISE, Idaho — Bogus Basin recently completed the final splice on the new Morning Star lift cable. It's an incredibly complicated process that literally has lives on the line, and it all began just as the natural snow began to fly on the mountain.

Jorg Tonett is one of a handful of people in the US who specializes in splicing together ski lift cables. He started in the 90's in Switzerland.

"We had a big project in the states and I came over for the project and then took over for a guy who retired and since then I'm splicing cable." says Tonett.

A crew of dozens is required to help Tonett pull it off and even experienced lift mechanics like Bogus Basin's Andy Christy are amazed at the process.

"It's a big splice. That's how you get it seamless so you don't notice it when you're on the lift. it's super complicated. I barely understand it."

The two ends of the cable are laid next to each other, unwound, and then meticulously wound together and Tonett directs it all.

"It's always kind of hard." he says, "Every time you're telling the same stuff over and over again. So it gets old. But it's always fun to meet new people and work with different people with different skills."

The cable doesn't double in size because a central filler material is removed at the splice. Christy explains. "Some strands are tucked inside and the core material is pulled out so it turns into an endless loop."

All this is done handling freezing cold metal in inhospitable conditions. Once the splice is complete, the cable is installed and testing begins, but Tonett will be well along to his next job by the time the lift is ready to carry skiers in mid-November.

Bogus Basin plans to test the chairs by putting 110 percent of the engineered load on the downhill and uphill side. They use water containers to add the weight, one more benefit of keeping a water reserve on the mountain.