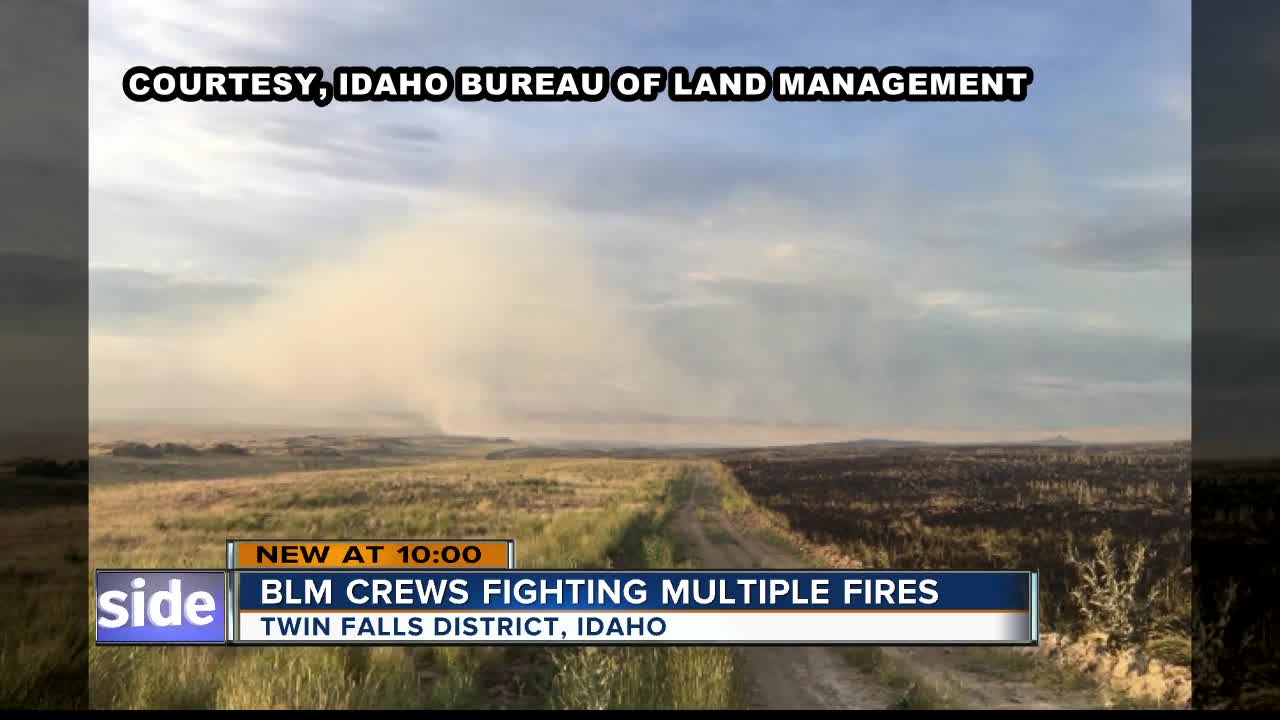 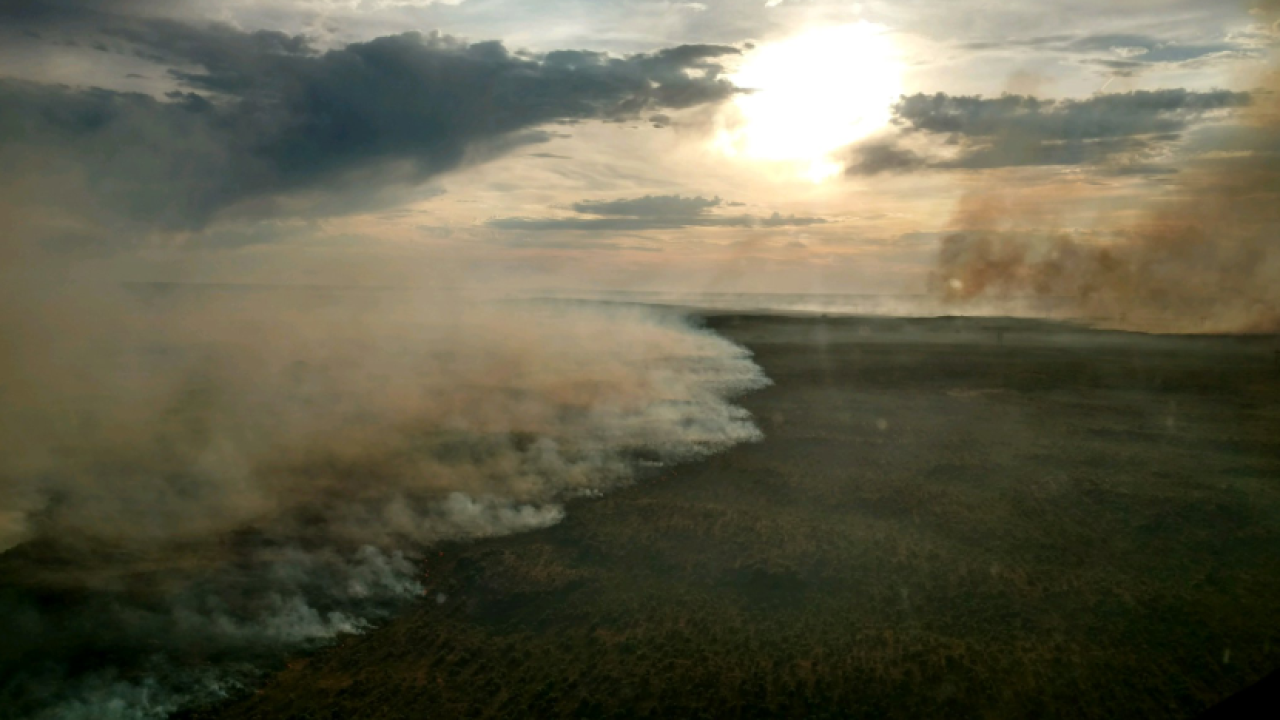 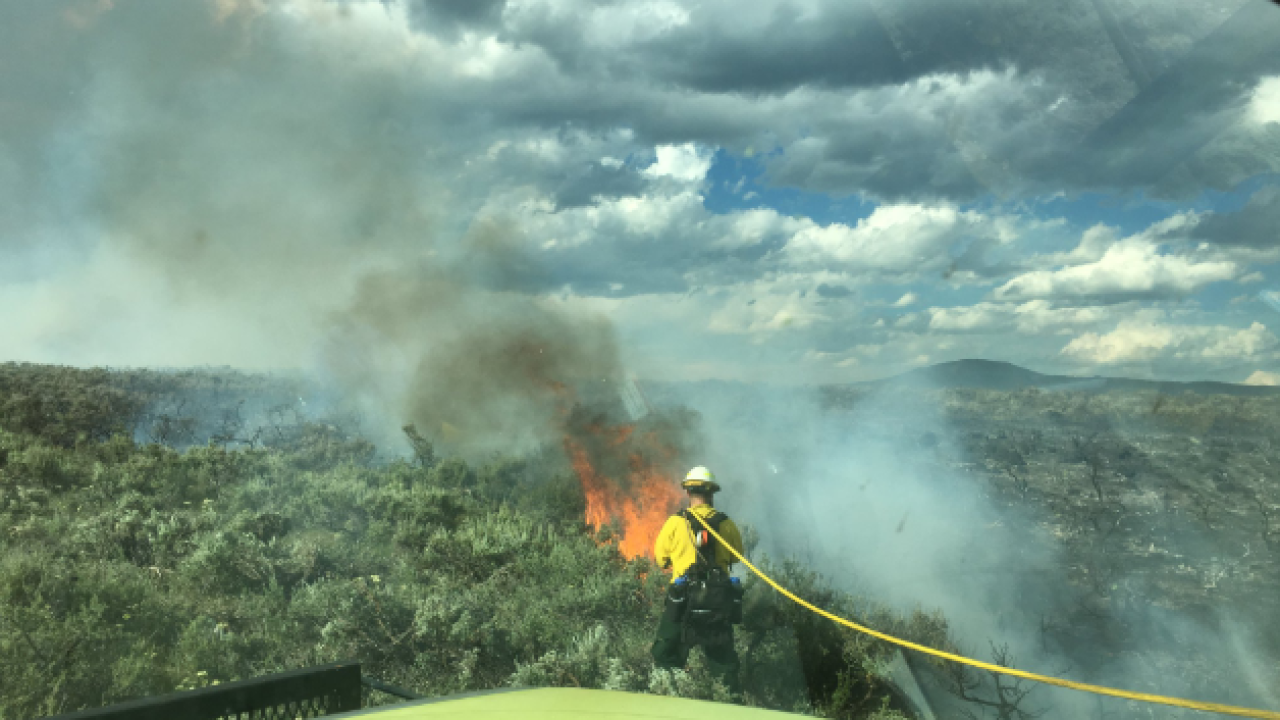 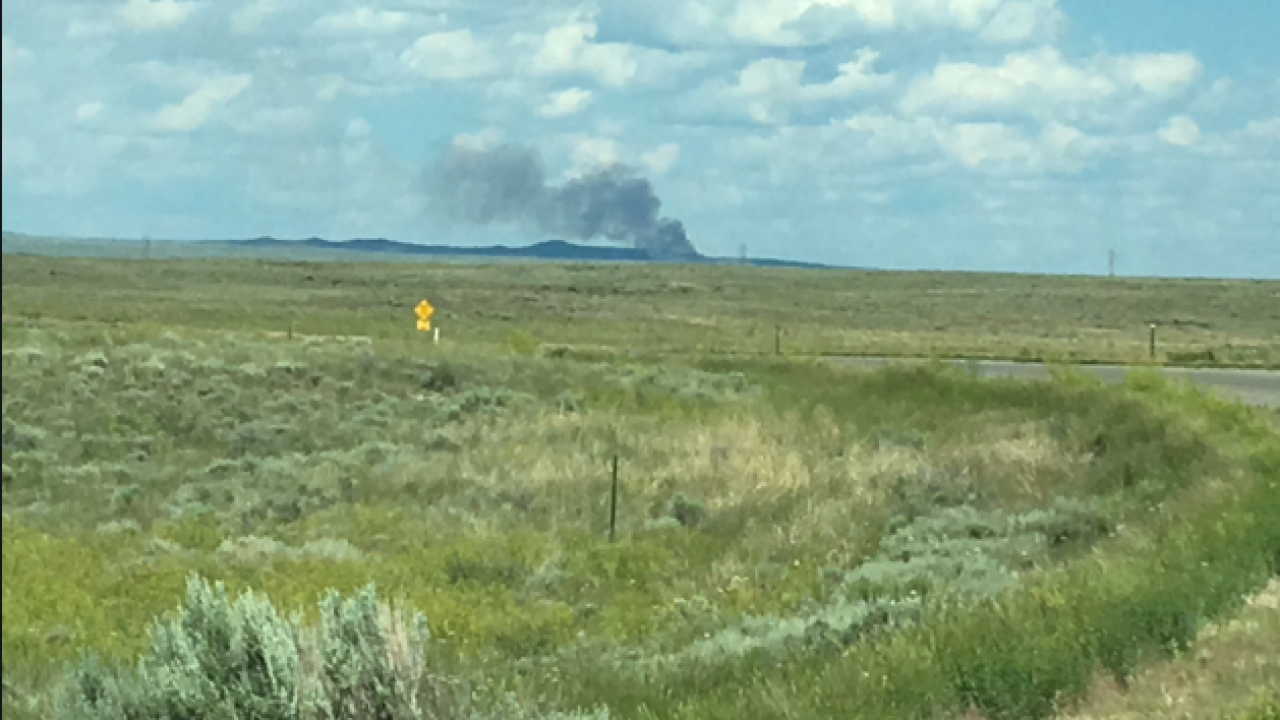 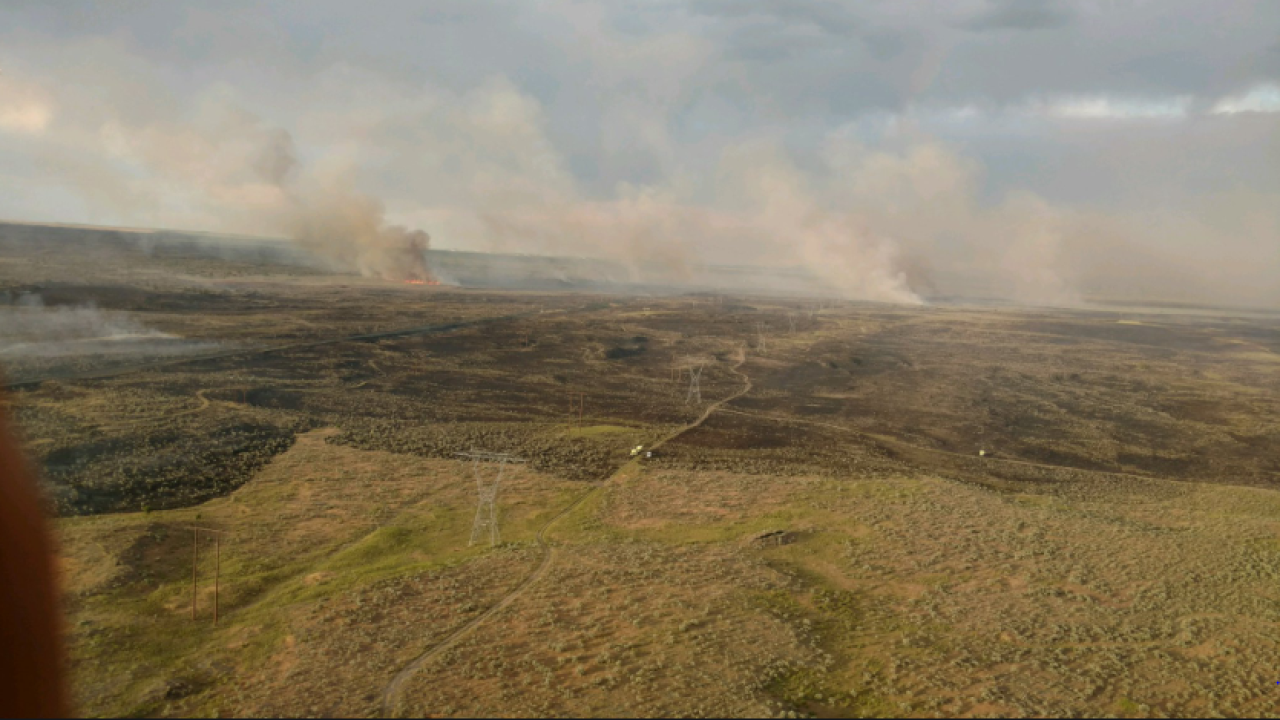 BLM crews are responding to multiple fires in southern Idaho.

A Fire Weather (Red Flag) Warning has been issued for parts of southern Idaho. The fire danger is increasing. Check https://t.co/XbN5Pc4emI for details by county. pic.twitter.com/Pu0xTardSV

The Wilson Fire is around 317 acres and is about 2 miles northeast of Hazelton. It's burning grass and brush, and no structures are threatened at this time. Officials are expected to have it contained by 10:00 Sunday night. The cause of the fire is lightning.

The Cinder Butte Fire is approximately five miles northeast of Hazelton. It's about 39 acres and is burning grass and brush. No structures are threatened. The cause of the fire is lightning.

The Crest View Fire is about four miles northeast of Hazelton. It's around 30 acres and officials say it should be contained around 10:00 Saturday night. No structures are threatened. The cause of the fire is unknown.

Officials say multiple fires have been reported in the Twin Falls District and mentioned southern Idaho has received lightning recently.

The BLM is also working to fight the Canal Fire, just north of Shoshone. It's about 61 acres right now, and about 30% contained. Officials say most of the active fire is out.

#BLMTFDFire is on scene of the #CanalFire north of Shoshone. BLM and Shoshone RFD are in unified command of the incident. Fire is est. at 40 acres. Some structures are threatened, Shoshone RFD is on structure protection.

Engines and air resources are also responding to the Lake Channel Fire (seven miles north of the Raft River) that started around 3:00 Saturday. The fire was started by lightning and is about 8,272 acres. The fir is 90% contained. No structures are threatened.

The Horse Butte Fire started around 5:30 p.m. and is located 17 miles northwest of Aberdeen. The fire is around 9,446 acres. It's expected to be 80% contained by Sunday evening.

#HorseButteFire has been mapped at 9,446 acres and is expected to be 80% contained this evening. Crews are mopping up. Securing the fire perimeter and suppressing any residual heat. #BLMIFDFire pic.twitter.com/uTPJDq4a7R

No structures are threatened. Lightning caused the fire.

We will keep you updated as we get more information.

#BLMTFDFire responded to mulitple #wildfires this evening. Resources continue to create fire lines and work to containment on the #WilsonFire and #CinderButteFire. Visit https://t.co/WLpfk6gqkH for more information. pic.twitter.com/kx4NRCWKyO