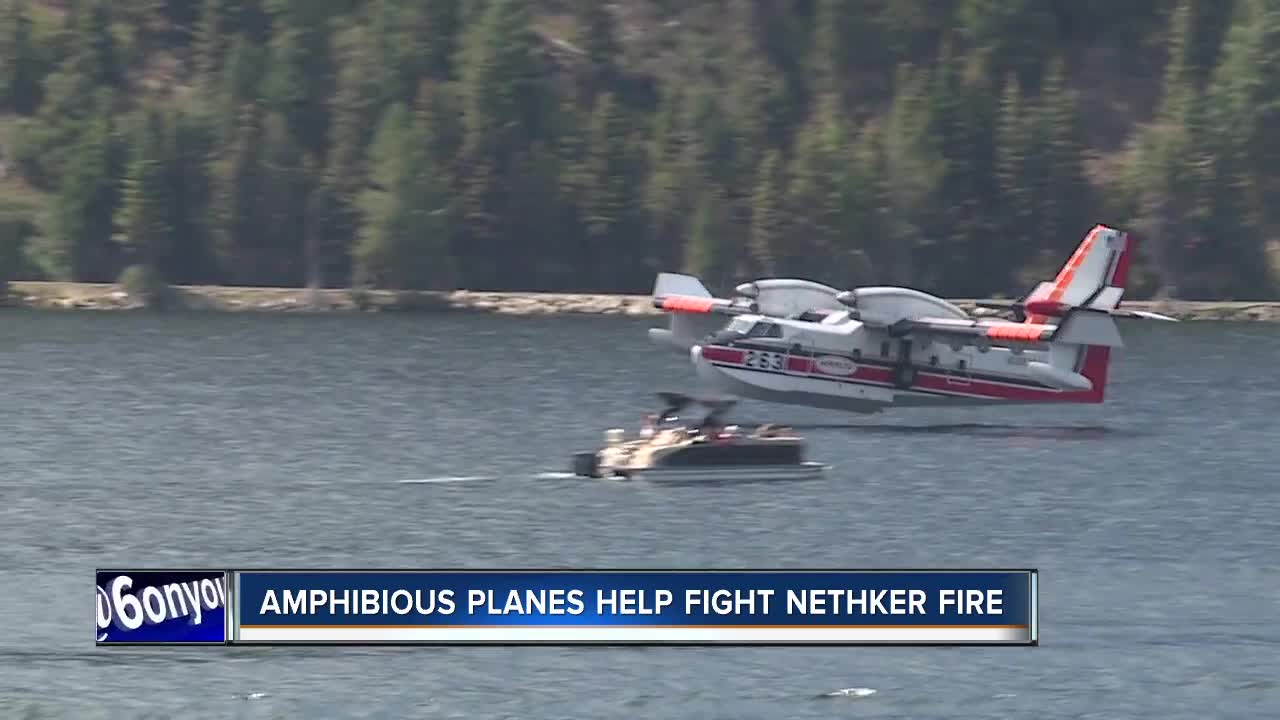 MCCALL — The Nethker Fire north of McCall is still burning thousands of acres, but is now 63 percent contained. That progress is due, in part, to amphibious planes that dropped tens of thousands of gallons of water on the fire.

Those amazing pilots manage to land on a busy lake to do their job, so how do they do it?

The #NethkerFire north of #McCall is still burning thousands of acres, but is now 63 percent contained. That progress is due, in part, to #amphibious #planes that dropped tens of thousands of gallons of #water on the #fire. (Link to full story in bio)

While the Nethker fire raged, the firefighting effort briefly shattered the peace of North Shore Beach near McCall.

Four of these viking amphibious air tankers spent last week dropping onto Payette Lake, filling up and returning to battle.

Check out this video of the #NethkerFire burning near #burgdorfhotsprings. The #fire has already burned at least 150 acres and is prompting #evactuations. We have the latest information in the link in our bio 👆🏻👆🏻👆🏻. 📸: Amy Newcomb

Boaters and jets skiers have little warning they're coming. Video shows how close one plane comes to a boat. Still the pilots say it's a safe landing zone. "It's a great feeling if you like airplanes and like water, put the two together and it couldn't be better for some of us," says pilot Alan Troia.

When they do reach the water, the planes don't stop. In just 11 seconds, they scoop up 1600 gallons through special probes, and take off again. But there's no worry of sucking up some wayward swimmer.

"The probes are about the size of a large cell phone," says Troia.

Five thousand horsepower lift the Viking back into the air to the delight of those on the ground.

Troia admits, it's quite a sight, "It is a bit of an airshow, it can be." And it's a sight most vacationers at North Beach are not likely to forget soon.