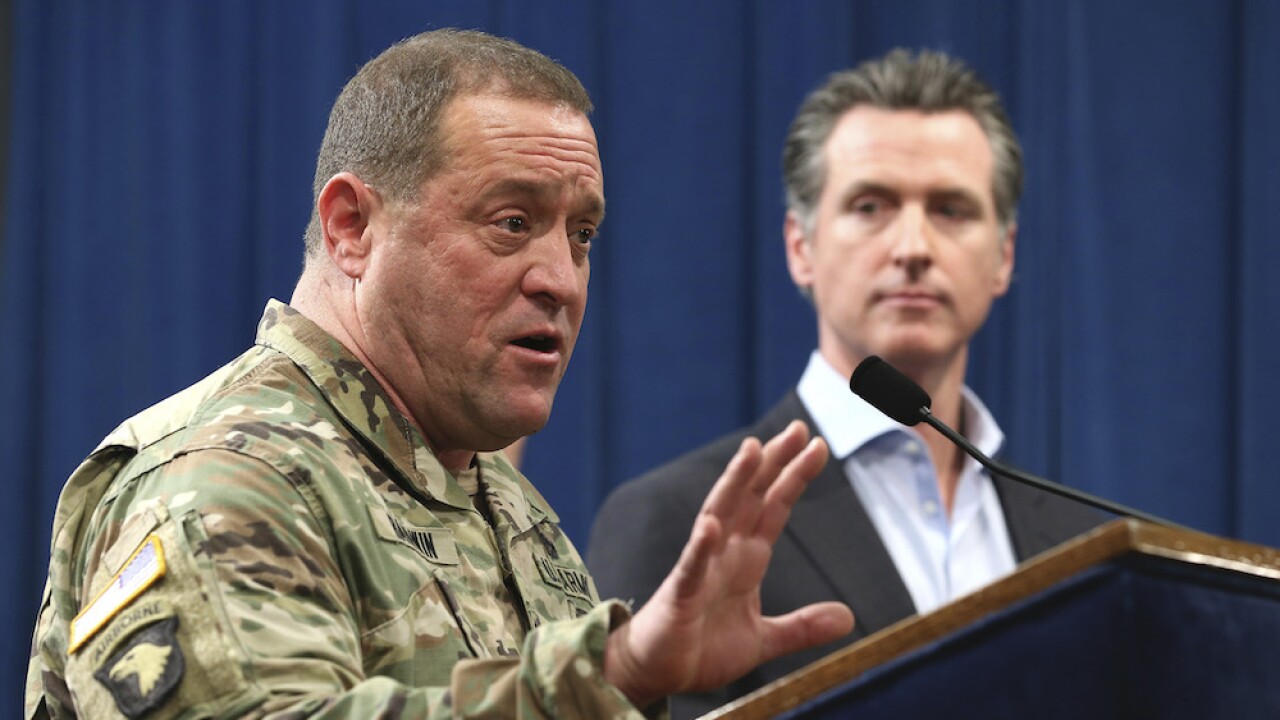 SACRAMENTO, Calif. — A peaceful protest in a sleepy suburb that’s home to the head of the California National Guard was among four demonstrations monitored by National Guard spy planes, according to the Los Angeles Times.

The four planes took to the skies over cities in June to monitor protests following the killing of George Floyd. Three watched demonstrations in Minneapolis, Phoenix and Washington, D.C. But the target of the fourth was the affluent Sacramento, California suburb of El Dorado Hills.

Authorities have not explained how and why that neighborhood was chosen when other cities that had seen property destruction and street clashes — like Los Angeles, Oakland and Long Beach — were not. El Dorado Hills only saw peaceful protest during the summer unrest.

The Times says that state records show that the El Dorado County Sheriff's Office requested the use of the plane, and the National Guard also sent a Lakota helicopter to the area.

The Times reports that Maj. Gen. David S. Baldwin, the head of the California National Guard, lives in El Dorado Hills. Baldwin told the Times that the agency's decision to send a plane had "nothing to do" with the fact that he lived in the area.

“The use of the RC-26 to meet the sheriff’s request for aerial support to provide situational awareness for law enforcement is concerning and should not have happened,” a spokesperson for California Gov. Gavin Newsom said. “It was an operational decision made without the approval — let alone awareness — of the governor. After the incident, operational policies and protocols were reaffirmed and strengthened to ensure RC-26 aircraft are not used for these incidents again.”