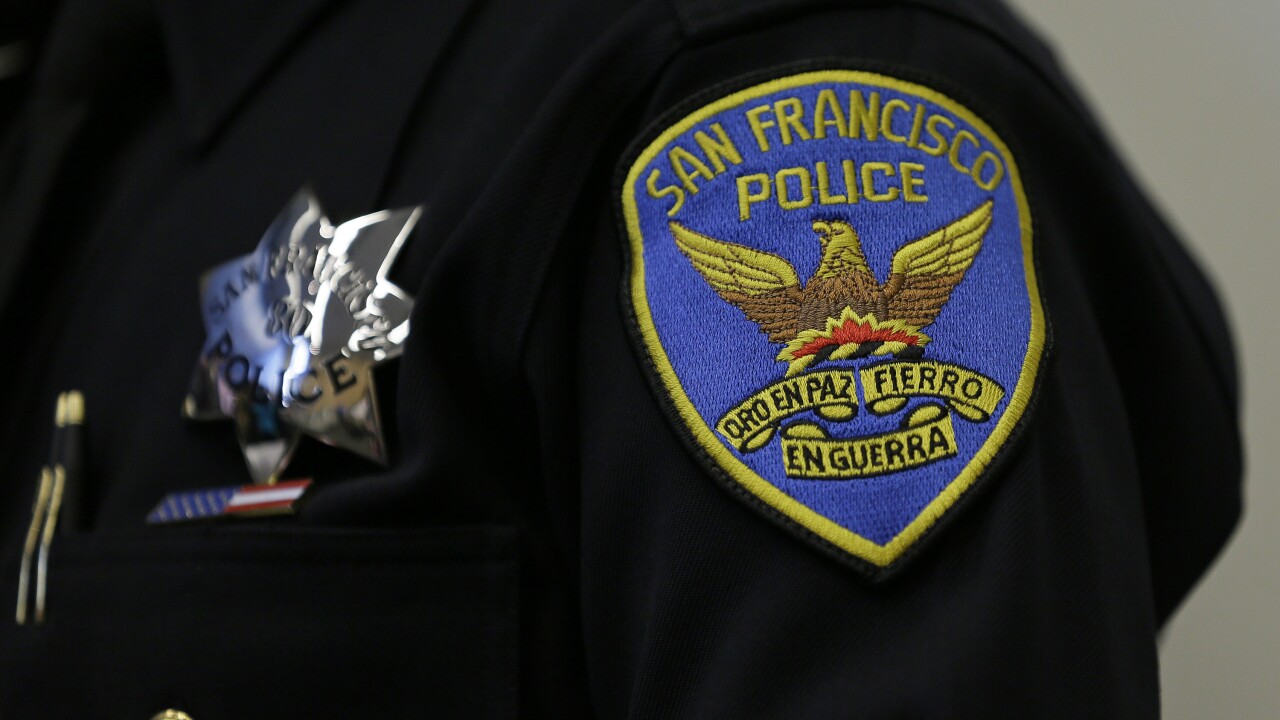 Copyright 2019 The Associated Press. All rights reserved.
Eric Risberg/AP
FILE -This April 29, 2016, file photo, shows a patch and badge on the uniform of a San Francisco police officer in San Francisco. The San Francisco Police Department will stop releasing mugshots of people arrested unless they pose a threat in an effort to stop perpetuating racial stereotypes, the police chief announced Wednesday, July 1, 2020. (AP Photo/Eric Risberg, File)

San Francisco police say they will stop releasing the mug shots of people who have been arrested unless they pose a threat to the public.

Jack Glaser, a public policy professor at the University of California Berkeley who researches racial stereotyping, says data shows Black people who are arrested are more likely to have their cases dismissed by prosecutors.

But the mug shots live on. That contributes to Americans making an unfair association between people of color and crime.