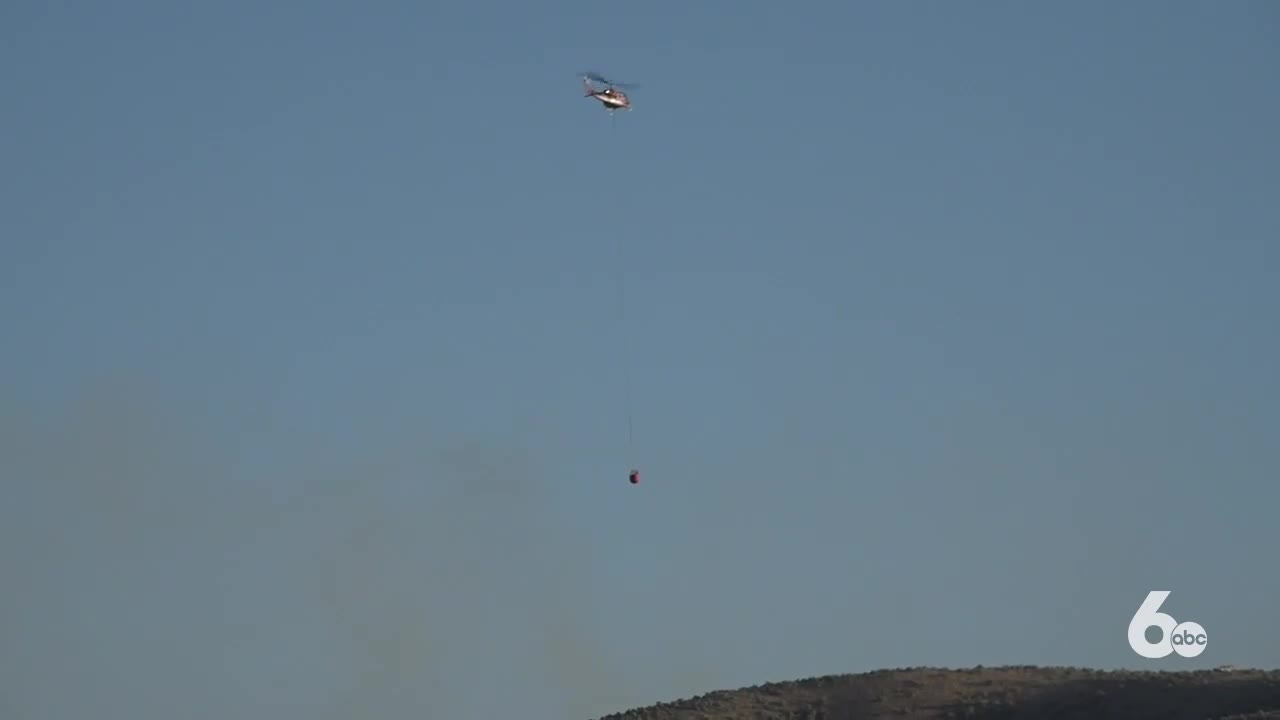 The Boise District BLM responded quickly and with the help of air support was able to to the fire from spreading.

BOISE, Idaho — On Saturday night, two fires started close to each other near Lucky Peak Reservoir.

The Boise District BLM responded quickly, and with the help of air support was able to to the fire from spreading.

The two fires burned an estimated 150-acres but did not threaten any structures.

The close proximity to the airport certainly helped, but so did being close to Lucky Peak Reservoir, which enabled a pair of helicopters to dump water on the fire quickly.

"They were dipping out of Lucky Peak, and that helped significantly," said Jablonski.

The BLM is still investigating the cause of the fire, but they believe it was human-caused.

The National Weather Service has issued another red flag warning for Monday, which is in effect from 11:00 a.m. to midnight.