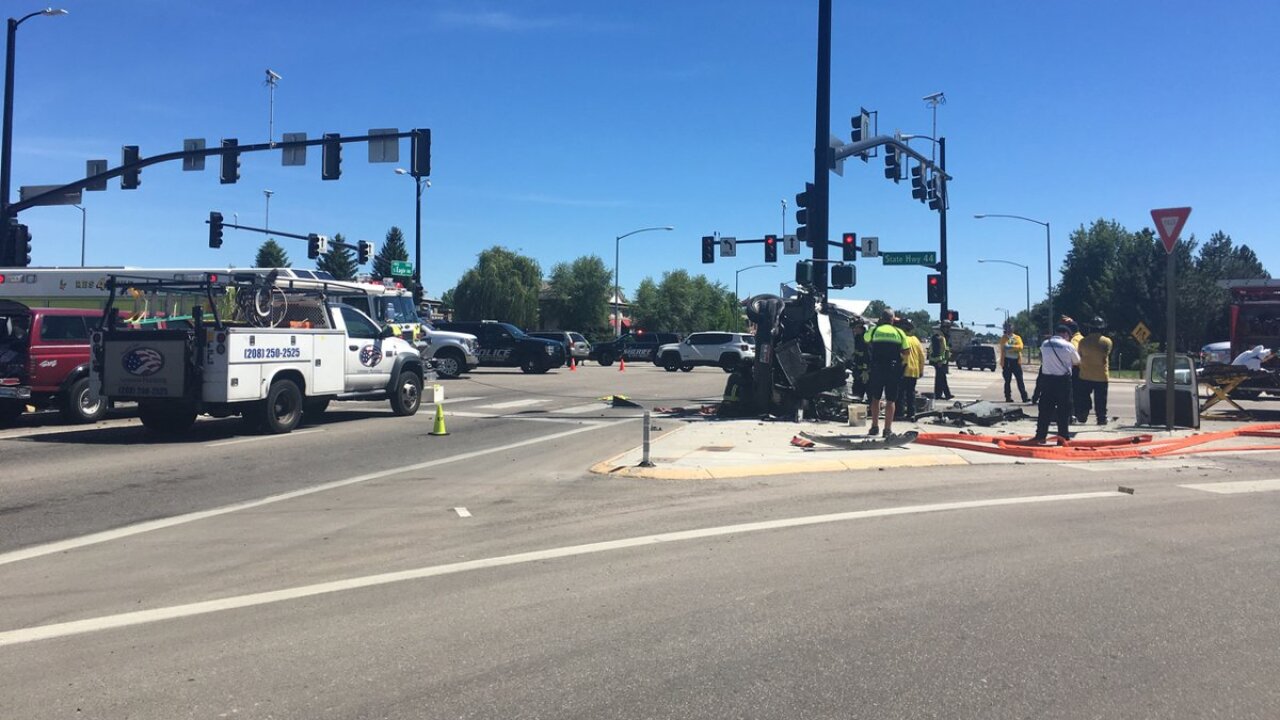 BOISE — UPDATE: The Ada County Coroner has identified the man killed in a crash on Tuesday afternoon on Eagle road.

Officials say 64-year-old Seven Hatcher of Caldwell died of blunt force injuries sustained in the crash. Toxicology reports have not yet been released, and those results could take several weeks.

Officials have ruled his death an accident.

Initial information indicates a SUV turning north on to Eagle with a blinking yellow arrow hit a van going west on Idaho 44. The force of the impact pinned the van against a traffic pole.

Drivers should continue to avoid Idaho 44/Eagle Road intersection as crews work on rollover crash. Initial info indicates an eastbound SUV turning north on to Eagle (on a blinking yellow arrow) hit a van going wb on Idaho 44. The force of impact pinned the van to traffic pole. pic.twitter.com/CwHUs8aMfF

A 63-year-old man was driving the van and he died from injuries received during the crash. At this time, the other driver did not sustain life-threatening injuries.