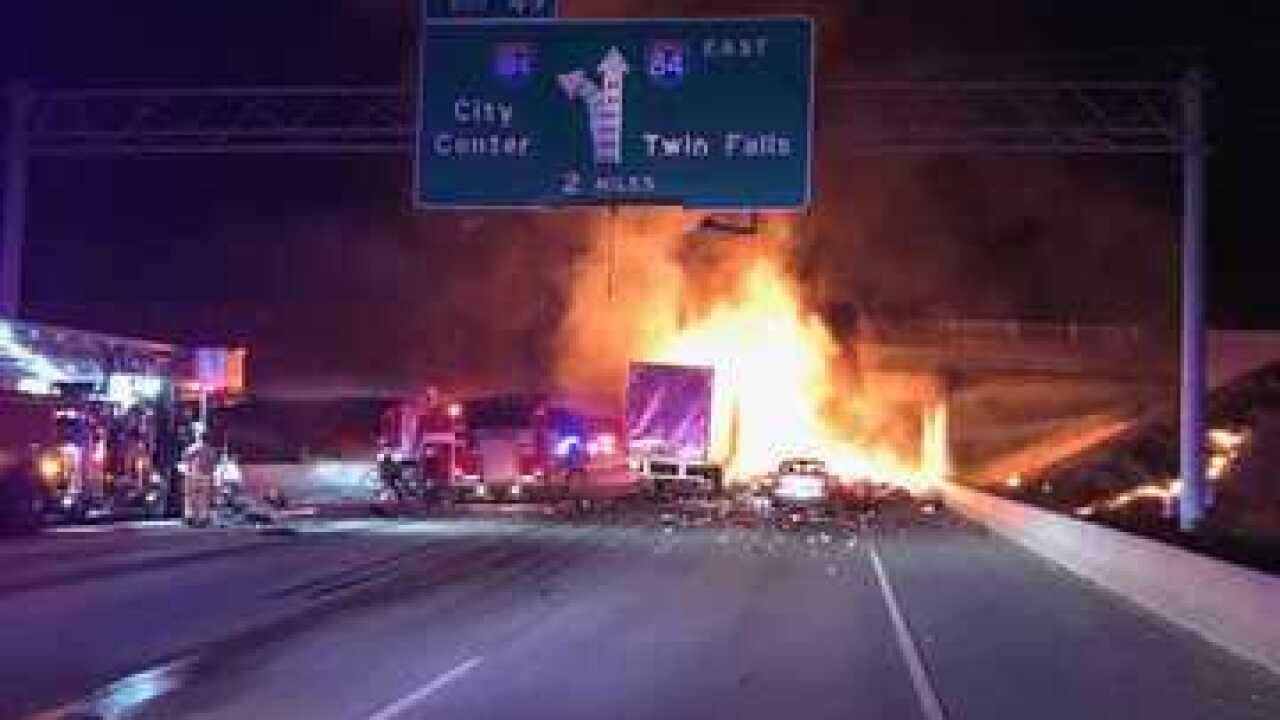 The Mountain Home Air Force Base has confirmed that three members of the Base were killed in a seven-vehicle crash on Instate 84 last Saturday.

The crash occurred about 11:30 p.m. in the eastbound lanes of Interstate 84, near a construction zone at the Cloverdale Road overpass.

According to a news release from SSgt. Jeremy Mosier of the Mountain Home Air Force Base, “the identities of the three members .. who were involved in the accident, are being confirmed.”

Their names have not yet been released.

The Ada County Coroner’s Office is expected to release the identities of all four victims. “the forensic identification process will be taking place over the next several days, due to the conditions of the decedents,” said Coroner Dotti Owens.