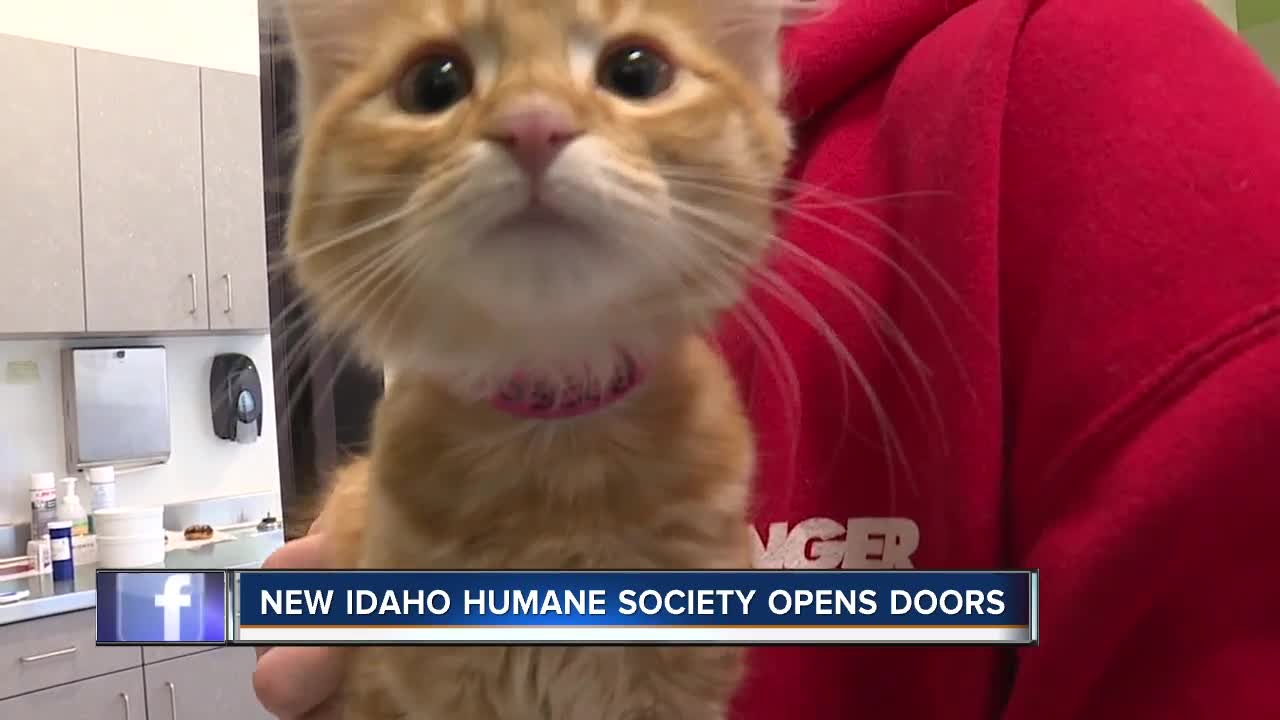 After some delays, the new Idaho Humane Society building is now open.

As we reported earlier , an October car crash delayed the original scheduled opening.

Kristine Schellhaas, the communications manager with the Humane Society, says the original building outgrew its space.

Now, the Idaho Humane Society is one of the largest shelters in the northwest.

Improvements include cat kennels that are nearly four times larger, quieter dog rooms, a better HVAC system to keep kennel cough away and even outside social areas.

Dozens of people lined up outside on Tuesday to adopt a pet.

"We couldn't have asked for a better day," said Schellhaas. "It's been overwhelming with so many smiles and public support. We're thrilled,"

Some of the services will still take place at the other location, including all of the animal care and control or any owner surrenders.

You can volunteer and donate at both facilities.