"Move over" law expanding to include highway crews 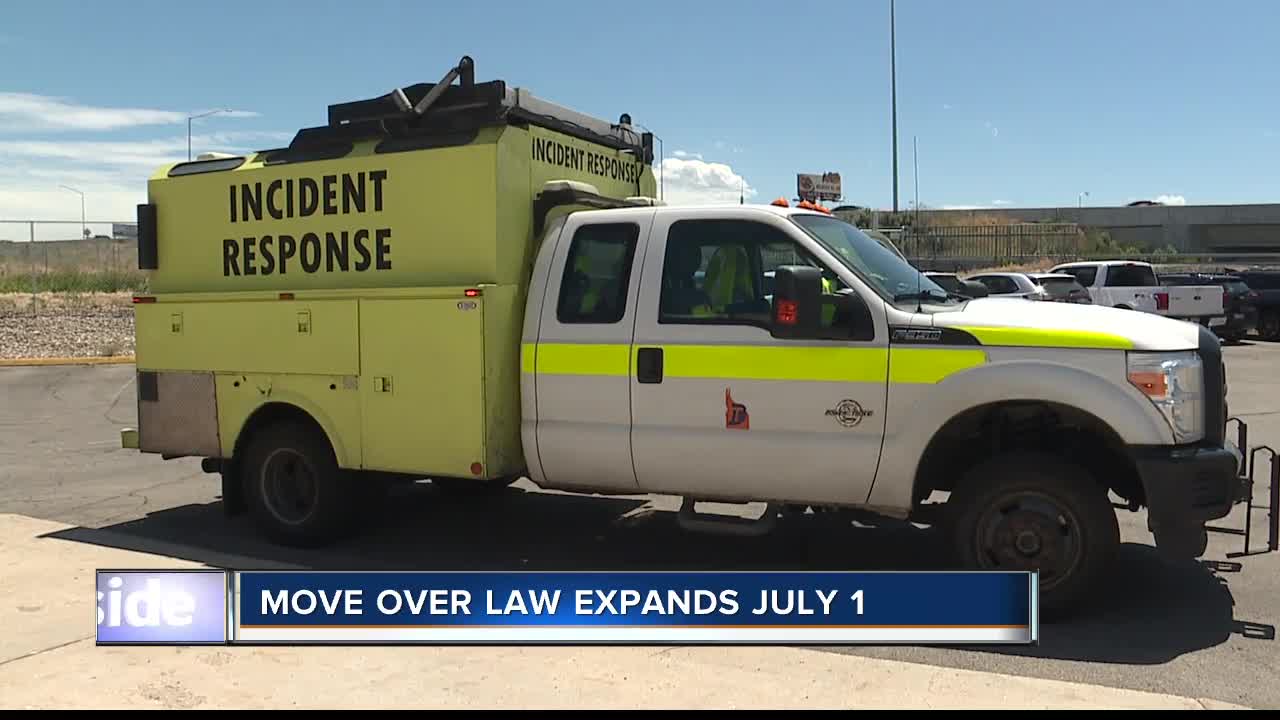 "Move over" law expanding to include highway crews

BOISE, Idaho — A law improving highway safety for tow trucks and other highway crews will take effect on July 1.

The existing law from 2006 already gave protection to police by requiring motorists to move over for law enforcement personnel operating with flashing lights. Now, drivers must also move over for other emergency responders during traffic incidents. This includes Idaho Transportation Department (ITD) workers and tow truck operators using flashing lights in a stationary position.

Governor Brad Little signed the bill expanding the Move Over law on March 27. Watch this short video by ITD for more information on the "Move Over" law expansion.

"The expansion of the 'Move Over' Law to include highway workers makes an inherently risky job safer for our staff," said Jerry Wilson, ITD Operations Engineer in North Idaho. "At highway speeds, it only takes a split second for an accident to happen, so making some space to allow our crews to maintain the roads makes the highways safer, both for us and the traveling public."

ITD's Incident Response Unit in the Treasure Valley is an obvious beneficiary, but the expansion of the law extends protections to maintenance workers removing tires, animals, or other objects from the road; filling potholes; fixing guardrails; and other common activities that benefit the safety and mobility of drivers.

"We really appreciate the courtesy of other drivers who slow down and move over to give us a safer space to do our jobs," said ITD Treasure Valley Incident Response driver Kyle Wright. "That buffer of space makes a big difference. The less we have to worry about vehicles moving past us, the more we're able to focus on the incidents we’re working on, and hopefully remedy them more safely and quickly."

Emergency Services Manager Neal Murphy spearheaded the efforts to have the expansion considered by lawmakers. The bill was brought forward by Rep. John McCrostie of Boise.

ITD has included a new webpage devoted to the "Move Over" law expansion. Vehicles pass by ITD workers everyday on state highways or the interstate at 60-80 miles per hour or more. The gush of air from passing motorist is a reminder that death or injury is only feet away.

"Since passage of the expanded law this spring, I have noted some voluntary compliance by the public for highway workers as well as disabled travelers along the roadside," said ITD southeast Idaho Operation Engineer Steve Gertonson. "This is a positive outcome and a win-win situation for both the workers and the public."