This fan-favorite has withstood the test of time 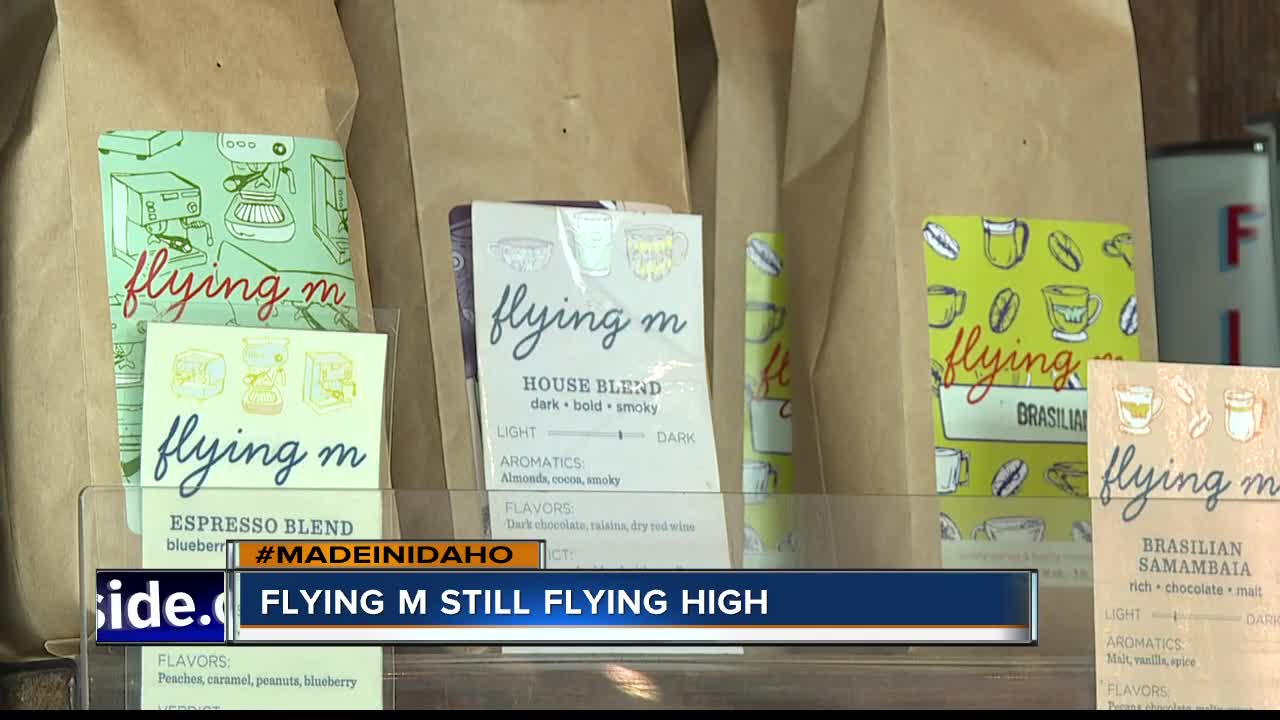 NAMPA, Idaho -- The founder of Flying M coffee did not grow up around coffee beans. In fact, cattle was what Kevin Myers knew long before he jumped into java.

Kevin grew up on the Flying M ranch in the heart of Washington's Yakima Valley, and while he did not pursue the family business, it did eventually became the namesake of the popular coffee chain Kevin and his wife Lisa founded. "The name came from my dad's cattle brand...I decided to honor my heritage even though I didn't want to continue in the family business." Instead, he and Lisa cozied up to the coffee craze back in the 1990s after relocating to Nampa from Seattle, a place that knows a little thing or two about a good cup of joe. Kevin admits neither he or Lisa knew much about running a coffee company, saying, "I have more of an engineering background, Lisa has more of an arts background," but still, the couple knew "...it was just an opportune time to jump into the coffee business."

The Myers opened the original Flying M in downtown Boise in the early 90s, and just a year later, business was booming so much, they decided to take it a step further and start roasting their own beans, though with no extra space at the Boise shop, the Myers' Nampa home became their roastery. Kevin says,"I kind of played Mr. Mom, roasting and watching our girls grow up at the same time."

The Myers worked to perfect their roasts by using beans from all over the world, along with an Idaho-made roaster that still whips up batches of Flying M beans to this day!

Eventually, those beans - and the Flying M brand - became so popular that it was time to branch out again. So, in 2006, after months of renovation work, the Myers opened up the CoffeeGarage in downtown Nampa, a former tire store and pawn shop with room enough for the roasting operation, the collection quirky gifts the company has become known for, and plenty of space for people to sit, sip and socialize. The Myers say, while coffee is their business, their ultimate goal is to be a connection point for people across the Valley. "We're really all about downtowns, community building, trying to be a meeting spot."

A third Flying M location opened in Caldwell last year, so the latte love is now spread all across the Treasure Valley! To find out more about all of the Flying M locations and keep up with that they have going on in the community, you can find them online here or via their Facebook page.