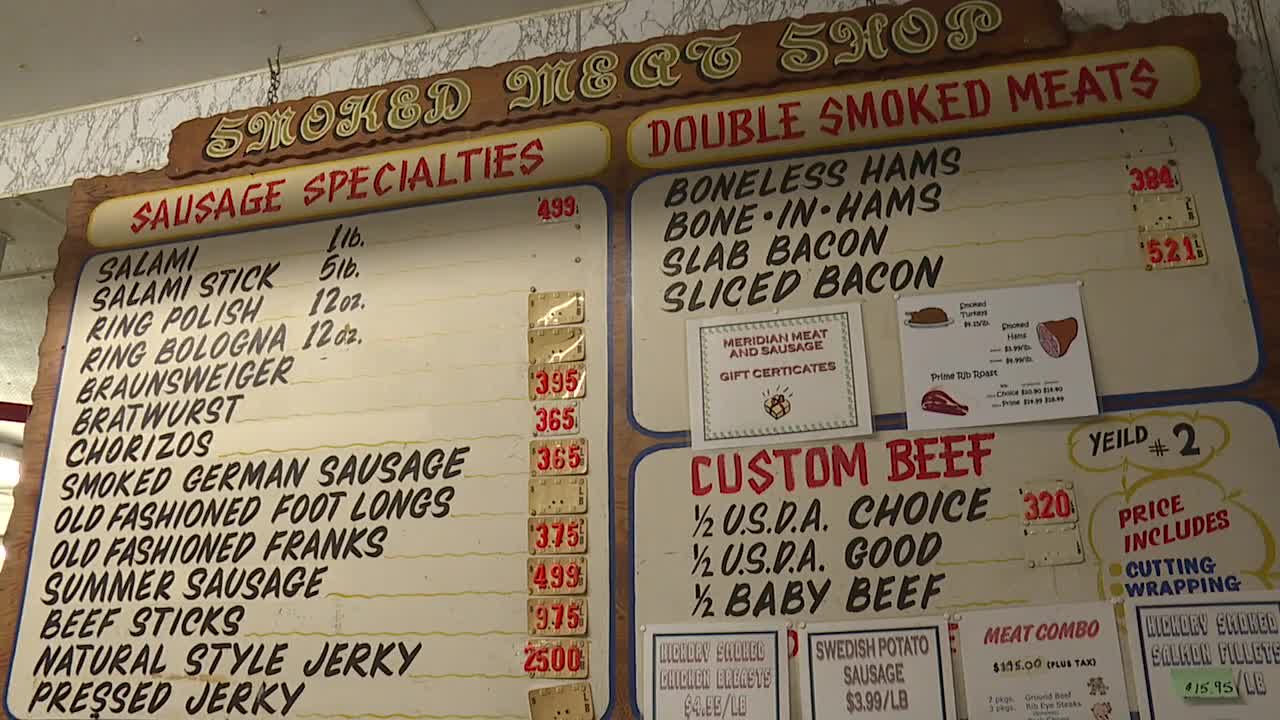 MERIDIAN, ID — Thanksgiving is here, and Christmas is quickly approaching. Meridian Meat & Sausage is one of the last local shops of its kind in the Treasure Valley. The owner, Rene Schoop, says his dad came from Europe and started the business in 1959.

With only his son and only four employees, he says they have to hustle. He says they've sold at least 500 smoked turkeys in the last few weeks.

"We had a guy who came in and bought 50. He didn't call in or nothing so you don't know," said Schoop.

Schoop says some days he gets there around 5 a.m. to get it all done. He is also selling other types of meats, including prime rib and ham. He says Christmas and New Years are significant for them as well.

Meridian Meat & Sausage will be closed on Thanksgiving, but they will be back open on Friday, November 29th.