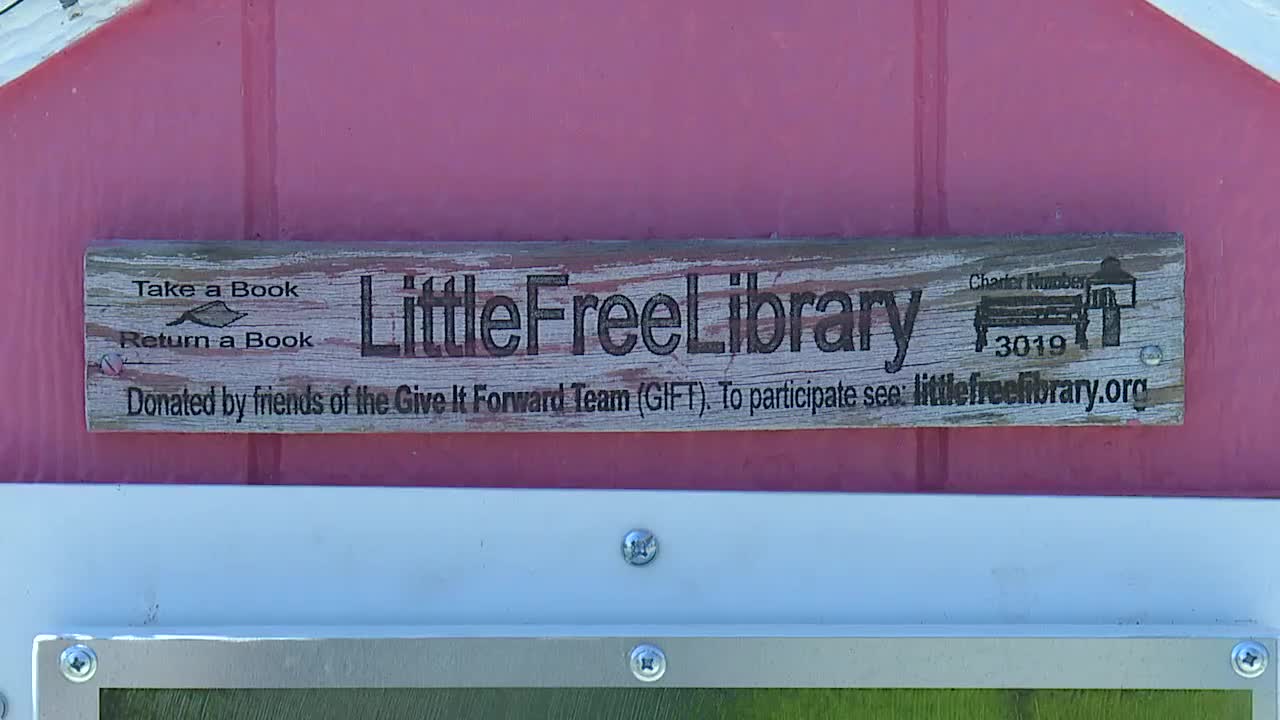 Amy Pence-Brown, the owner of the Little Free Library says since it was installed six and a half years ago it has been vandalized many times.

BOISE — Many types of books sit in the Little Free Library near Lemhi and Columbus on the Boise Bench.

"They use it all the time so it was such a treat to see so many people have such positive memories about it and care about it so much and want to see it survive and thrive," said Amy Pence-Brown, owner of the library.

Pence-Brown says since it was installed six and a half years ago, it has been vandalized many times.

"It's had the door shattered six times in six months time which is a real bummer which is why we decided to make something a little more sturdy and then we had these great neighbors that wanted to help out and make it even more amazing as sort of an art project, a public art project for the neighborhood."

She says her neighbors posted pictures in the Boise Bench Facebook group. Those posts gained quite a bit of attention. Many people offered to help. David Day and another neighbor Patrick McKeegan volunteered their time and materials to repair it.

"If there's something I could do, I was very happy to help," said David Day, neighbor.

A photograph of Pence-Brown and her family's beloved books was made into a door.

The door made out of metal makes it harder to vandalize and cameras have been installed for extra security.

"I've lived in this neighborhood. I've ridden all these streets on my bike so to have this library work better, no brainer for me," said Day.

"I am not one that's easily dissuaded from doing things. In fact, it usually pushes me more to realize how necessary it is and how needed it is and I'll probably never take it down. We'll probably just keep fixing it," said Pence-Brown.