Copyright Getty Images
Justin Sullivan
<p>Boxes of Cheerios cereal are displayed on a shelf at the Midtown Market May 12, 2009 in Brisbane, California. </p>

A report by the Environmental Working Group (EWG) found that 26 of the 28 cereal, snack bar and oat products it tested had trace amounts of an herbicide found in a weed killer. This is the second round of testing EWG has done.

The earlier report that came out in August found similar results in 31 oat-based foods.

The weed killer, Roundup, is a controversial product since its main ingredient is glyphosate, an herbicide whose carcinogenic properties have been heavily debated.

And in August, the maker of the weed killer herbicide, Monsanto, was ordered to pay $289 million in damages to a groundskeeper who said the glyphosate-based Roundup caused his cancer. The payout was lowered to $78 million but the ruling remained the same.

Here is the list of products the EWG tested and how much glyphosate they contain: 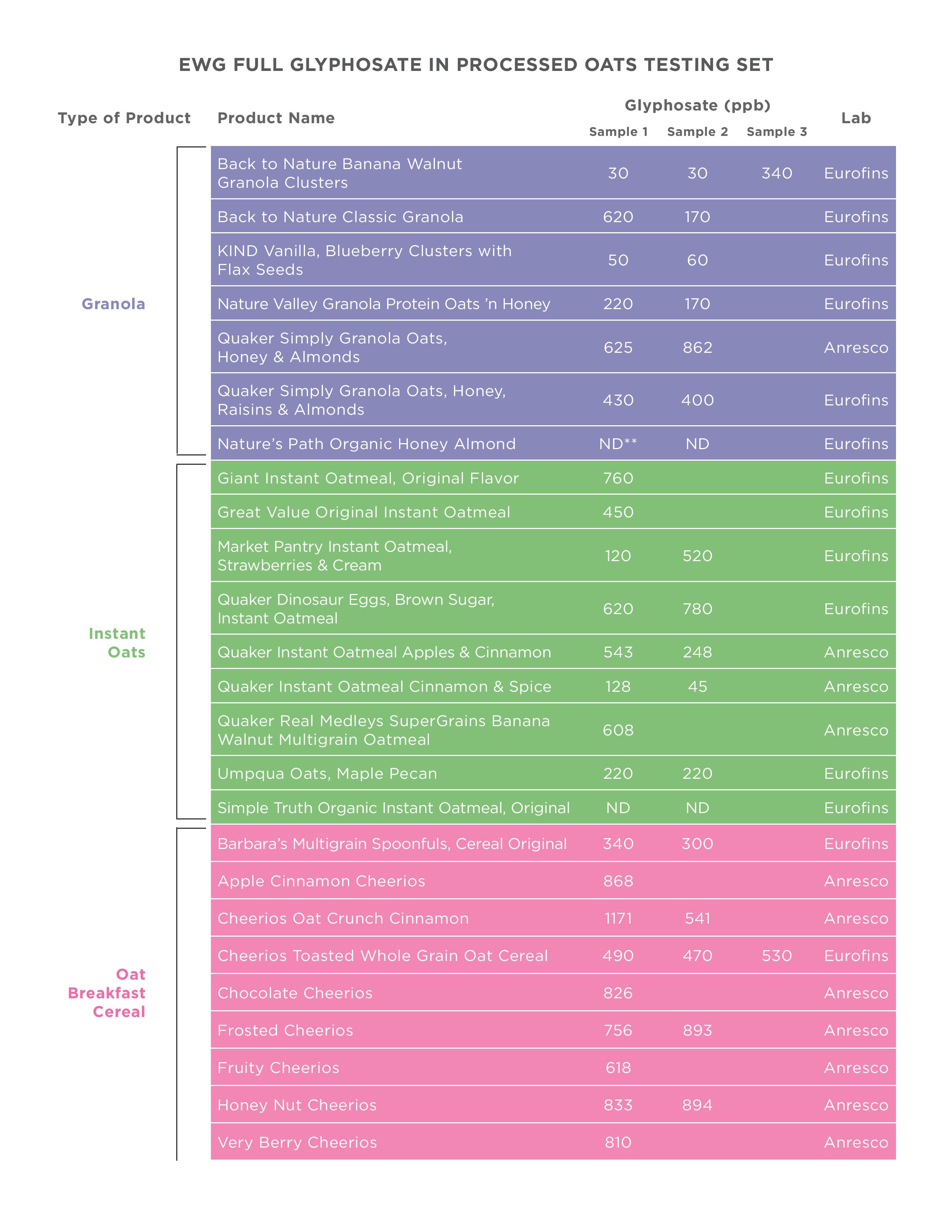 The full report can be found online on the EWG website.

Susan Gonzalez is a digital producer and reporter for the E.W. Scripps national team. Follow her on Twitter @TheNewsan.