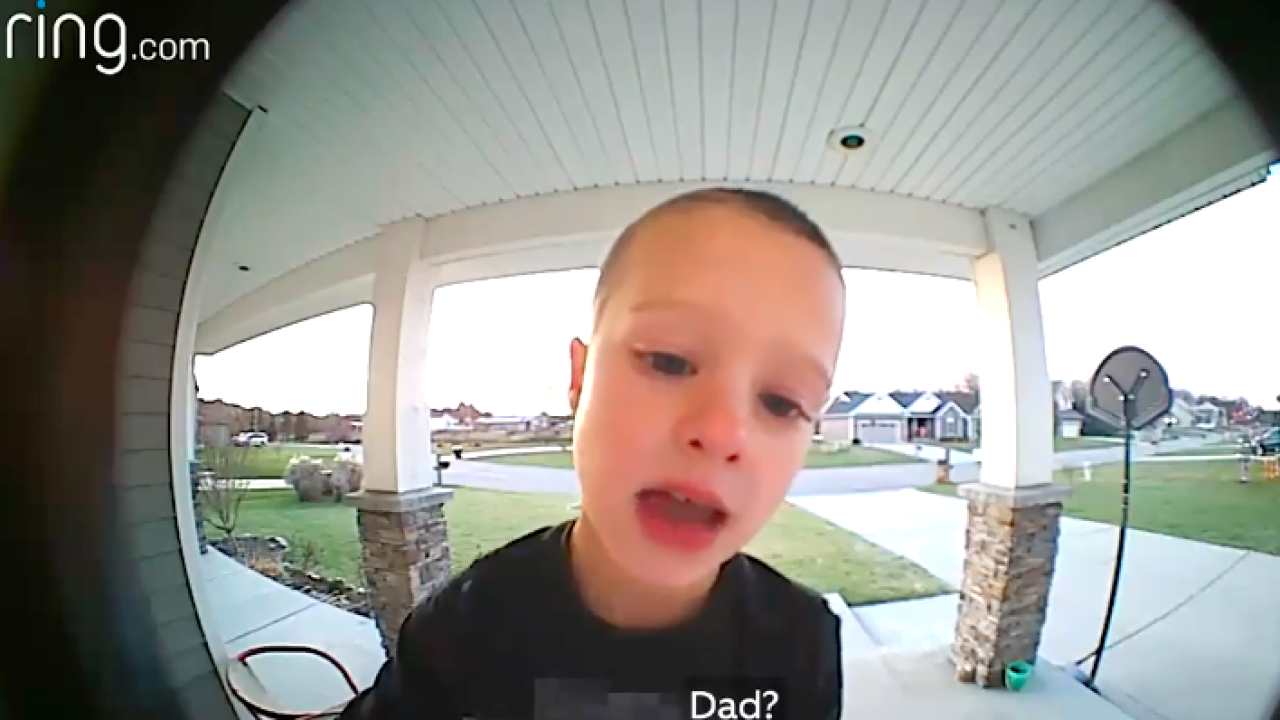 When little kids feel the need to get their parents’ attention, they usually find a way to do it — no matter what the circumstances are. When one little boy needed to get a hold of his dad while he was at work, he decided to get creative. He went to the front door of his family’s home in Haslett, Michigan, and video called his dad via Ring , an at-home security system.

Of course, he had a very urgent matter that needed to be addressed by his dad as soon as possible: how to turn on the kids’ channel on the TV.

You can watch the whole adorable interaction play out in the video below, provided by Ring and posted to Facebook by WTHR-TV:

Before making his request, the kid butters his dad up by telling him he loves him and giving him a kiss through the lens of the camera. Once that’s out of the way though, he gets straight down to business, simply asking: “How do you turn on the kids’ channel?”

His dad, clearly amused, chuckles before repeating the question for clarification. “Yeah, I’m over here by myself because mom let me,” the little boy explains.

His dad seems a little incredulous at this information and inquires as to where his mom is, adding, “You’re not supposed to be home alone.”

The kid explains that his mom is across the street at a neighbor’s house and granted him permission to go home and turn on the kids’ channel. When his dad tells him to turn on the TV and go to channel 25 for the kids’ programming he seeks, the little boy exclaims, “I don’t know what 25 looks like!”

Too funny! Naturally, his dad gets a laugh out of that line as well. He struggles to explain as you can hear more laughter in the background. I’m guessing dad’s coworkers were now in on the shenanigans.

The boy seems to be losing his patience as he begins to repeatedly kiss the camera and make funny faces. Finally, his dad tells him he should press the number two and the number five, and that seems to satisfy him.

Father and son then exchange I love yous and goodbyes before the enterprising little boy scampers off, presumably to finally turn on the kids’ channel!
People found the video sweetly hilarious, and it has now earned more 360,000 times. The posting on Facebook has also garnered over 3,000 likes and 7,000 shares. Not to mention, the hundreds of commenters who can’t help but smile over the entire adorable interaction!