Passover begins on Friday. Here are some fast facts 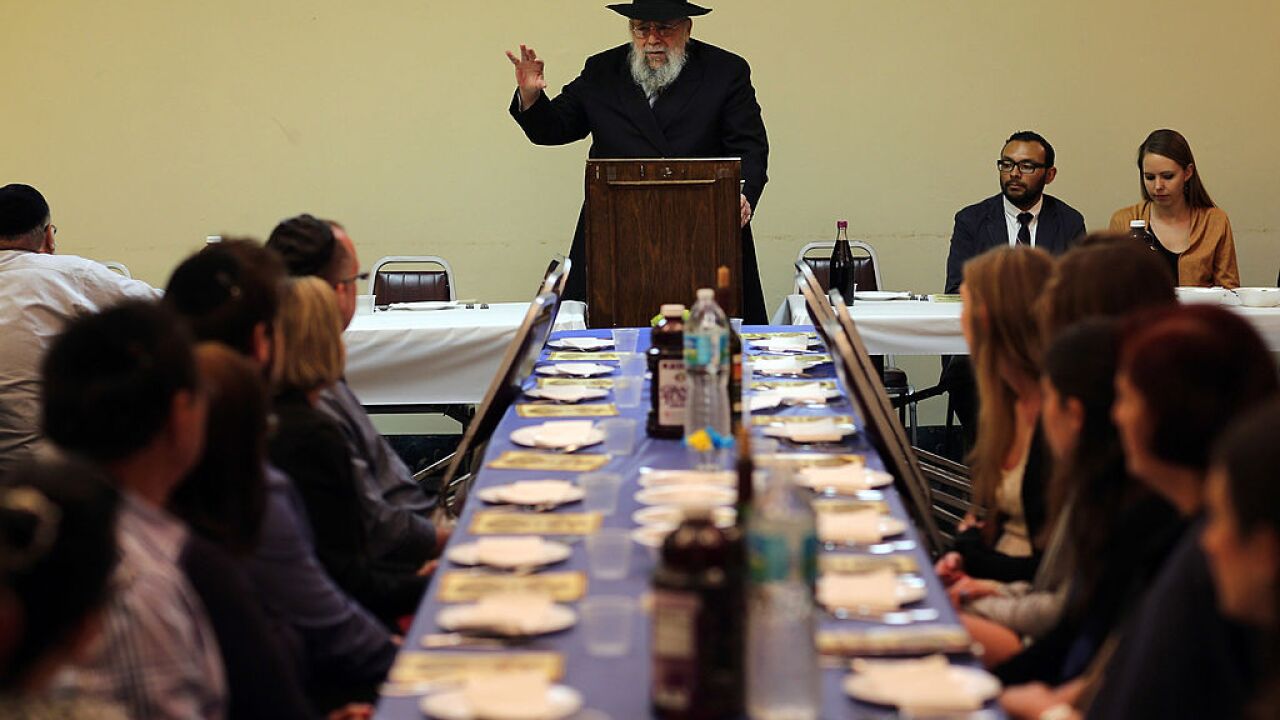 Here's a look at the Jewish holiday of Passover.

The holiday will be celebrated from sundown on April 19 through April 27, 2019.

Facts:
Passover, also called Pesach, is the Jewish festival celebrating the exodus of the Israelites from Egyptian slavery in 1200s BC. The story is chronicled in the Old Testament book of Exodus. In the book, Israelites marked their doorposts with lamb's blood to protect children from the tenth plague: the slaughter of the first born. With the protective mark, the destruction would "pass over" the house.

Religious Significance:
The word "Passover" comes from a Biblical story about the ten plagues God inflicted on Egypt for enslaving the Israelites.

The story of Passover is told in the Bible in Chapter 12 of the Book of Exodus.

During one plague, God killed every Egyptian first-born male but passed over the homes of the Israelites.

Passover is also sometimes called the Festival of Unleavened Bread.

During Passover, only unleavened bread called matzo or matzah may be eaten. According to the story of Passover, the Jews did not have time to let their bread rise before they fled Egypt.

Passover begins on the 15th day of Nisan, the seventh month in the Jewish calendar, March or April on the Gregorian calendar.

At the Seder foods of symbolic significance are eaten, and prayers and traditional recitations are performed.

The story of the flight of the Israelites from Egypt is read at the Seder from a book called the Haggadah.

Another Seder tradition is for the youngest child present to ask the four questions about why the Seder night is different from other nights. The answers tell the Passover story.