In the new game of Monopoly, women make more than men 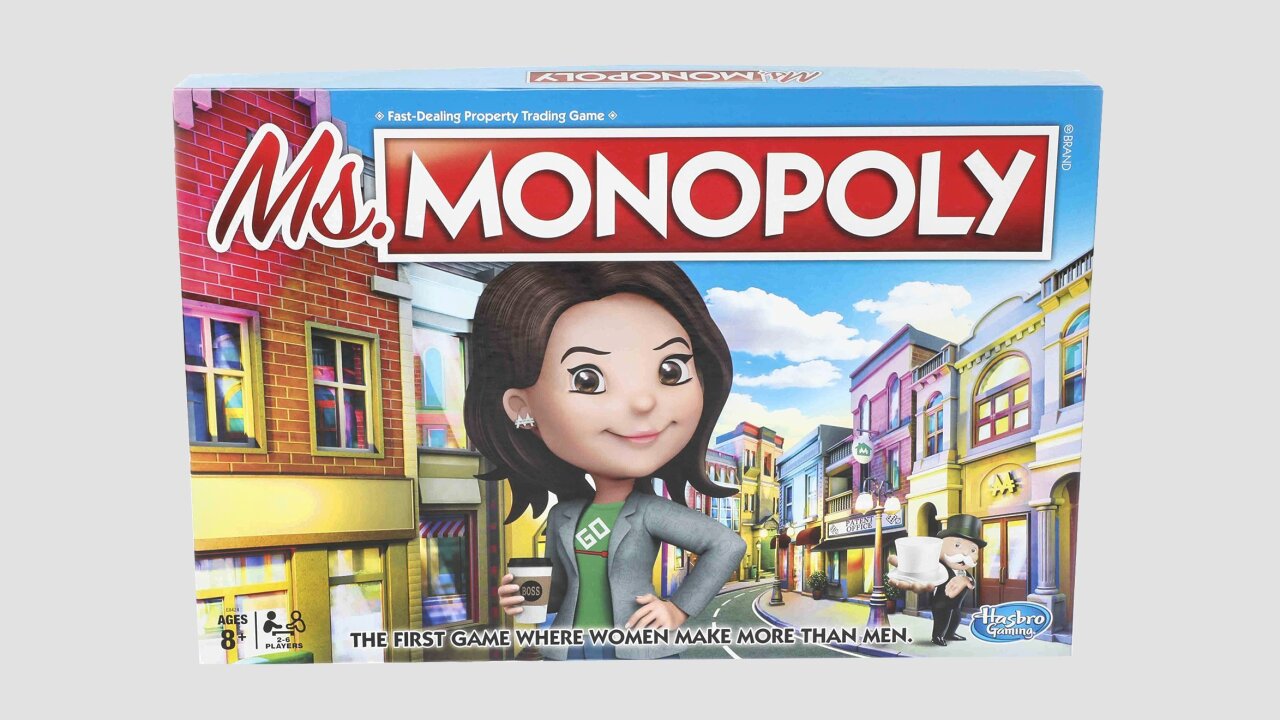 One of America's most recognizable board games is getting an upgrade. Hasbro is debuting a new game celebrating women's empowerment -- Ms. Monopoly, marking the first time in Monopoly history when a new mascot will be featured on the cover of the game.

The twist? In Ms. Monopoly, female players will get more money.

Unlike the classic game, women will collect 240 Monopoly bucks when they pass "go," while male players will collect the usual 200. The idea is to create a game where women make more than men, the first game to do so, according to Hasbro.

It's "a fun new take on the game that creates a world where women have an advantage often enjoyed by men," the company said in a statement. "But don't worry, if men play their cards right, they can make more money too."

That's not the only difference, though. Instead of buying property, players will invest in inventions created by women -- things like Wi-Fi and chocolate chip cookies. But no worries -- mainstays such as jail, luxury taxes and chance cards are still included.

The announcement of Ms. Monopoly comes a few weeks after the company received criticism for Monopoly Socialism -- a tongue-in-cheek game that sparked debate for its flippant handling of socialism. Hasbro also debuted Monopoly for Millennials in 2018, poking fun at stereotypical millennial trends such as avocado toast and veganism.

Ms. Monopoly will be available for pre-order beginning September 10.