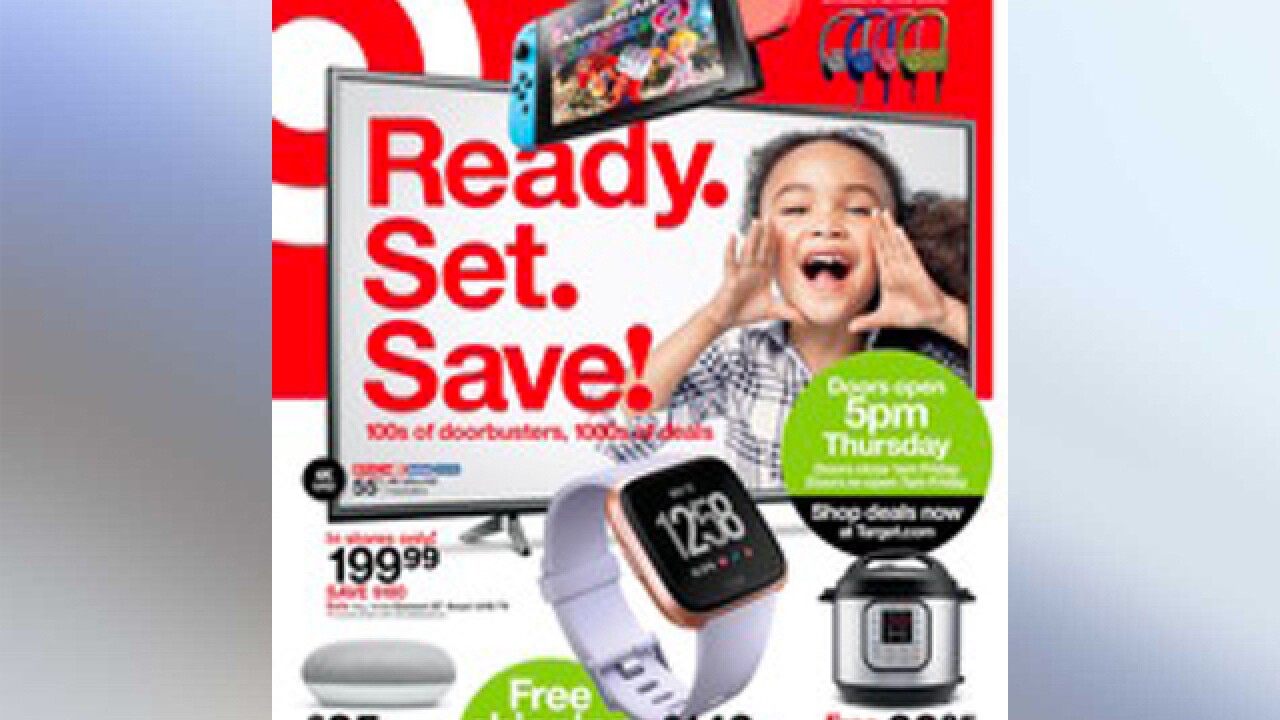 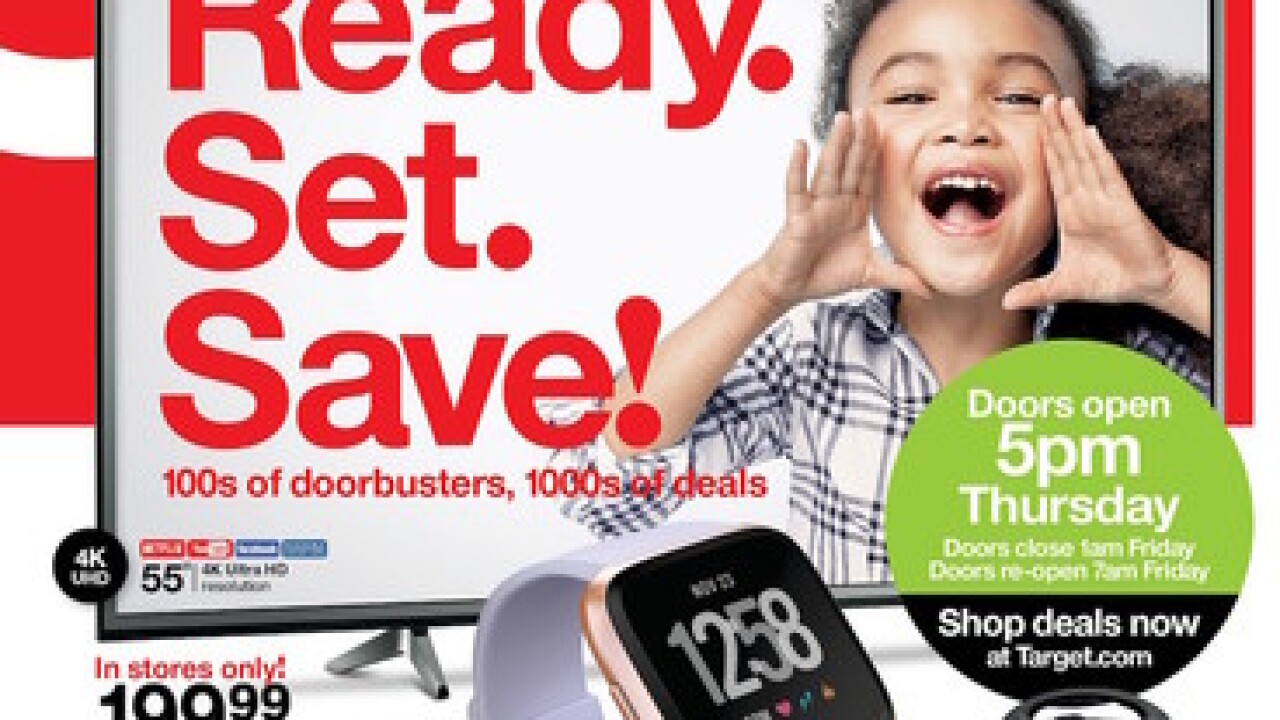 Target has just released their  2018 Black Friday ad , one week early this year due to the early Thanksgiving this year.

Stores will open at 5 p.m. on Thanksgiving Day, so if you are a traditionalist who likes to enjoy their turkey, pumpkin pie and football, their early bird deals may not be for you.

It will again offer big savings on large TVs, but with most homes now having a couple of big screen HDTVs (or 4KTVs in many cases), Target is focusing its ad more on smaller electronics this year.

Among its best deals:

While Target will be a great place to buy small electronics and kitchen gadgets, its biggest doorbuster TVs are second-tier brands.

If you want a great Black Friday deal on a big screen 4K Samsung or LG, you may want to check Best Buy's ad.

"Don't Waste Your Money" is a registered trademark of Scripps Media, Inc. ("Scripps").