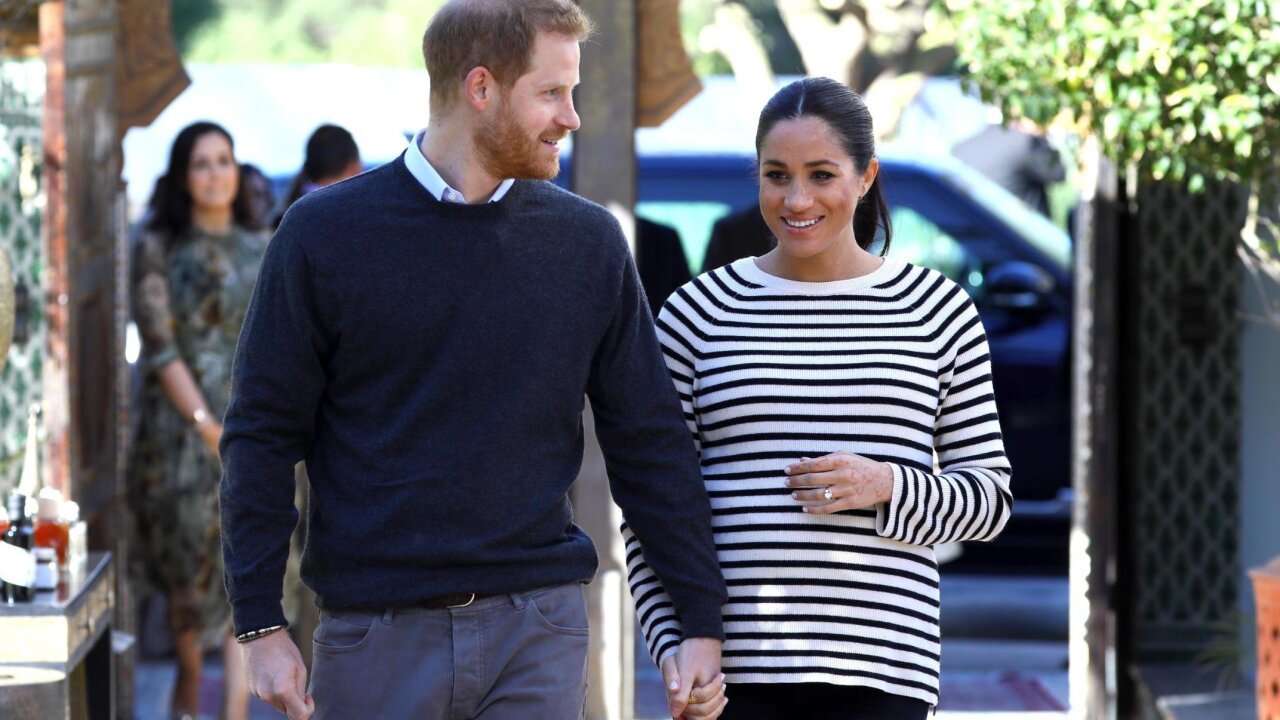 Britain's Duke and Duchess of Sussex will keep details surrounding the arrival of their first child private, in a break with royal tradition of the past 40 years.

"The Duke and Duchess of Sussex are very grateful for the goodwill they have received from people throughout the United Kingdom and around the world as they prepare to welcome their baby," Buckingham Palace announced in a statement Thursday.

"Their Royal Highnesses have taken a personal decision to keep the plans around the arrival of their baby private. The Duke and Duchess look forward to sharing the exciting news with everyone once they have had an opportunity to celebrate privately as a new family."

Richard Fitzwilliams, a royal expert, said the announcement is a conscious decision by the couple to "do things their own way" and to savor this "important moment in their lives."

He acknowledged the huge global interest surrounding the birth of baby Sussex as the first child of American-born Meghan, and noted that it will "equal the birth of Prince George."

"It will also be the first biracial royal baby, which will mean a great deal to the Commonwealth, Britain and the wider world," he said.

The announcement means that Meghan will likely not appear for a photo call outside the Lindo Wing — the private maternity ward at St. Mary's hospital in west London — shortly after the delivery of her child, Fitzwilliams said.

She will consequently not follow in the footsteps of Princess Diana and the Duchess of Cambridge, who both stepped into the glare of the world's media with their newborns in arm only hours after giving birth.

Fitzwilliams said that Meghan is free to make this decision as her child will be seventh in line to the British throne, which "lifts the pressure." He noted that Kate did not enjoy the same freedom following the birth of Prince George, as he is directly in line to the throne and expected to one day be king.

Katie Nicholl, a royal expert and author of "Harry and Meghan: Life, Loss, and Love," said an official photo of the newborn is nevertheless expected to be released, but will likely be delayed until at least a day following the birth. The timing will also depend on "when the Duchess is ready to face the cameras and of course on how the birth goes."

Fitzwilliams added Meghan does not want to be "picked over" by the press in photos taken only hours after giving birth or endure the grooming required beforehand. "Although this may surprise some, as Meghan is so assured and so poised. She has such a flair for the theatrical," he said.

Meghan may eschew hospitals altogether and opt for a home birth at the newly renovated Frogmore Cottage in Windsor, provided that she does not experience any medical complications.

"I was told last year that Meghan favored a home birth, but she will take advice of her medical team once she goes into labor. If she isn't able to have her baby at home for whatever reason, it will likely be in a hospital in Windsor. She is hoping for a natural birth in any case," Nicholl said.

While both Princess Diana and Kate opted for hospital births, it was previously tradition for heirs to the throne to be born in royal residences. "In some ways, Meghan is paying tribute to a bygone era when royal births were completely private," Nicholl said.

All four of the Queen's children were born at home; Princes Charles, Andrew and Edward at Buckingham Palace, and Princess Anne at Clarence House.

The Queen herself was delivered via Caesarean section in 1926 at her grandfather's home at 17 Bruton Street, Mayfair, and Prince Philip was born at Mon Repos villa on the Greek island of Corfu in 1921.

Buckingham Palace confirmed in October that Harry and Meghan were expecting their first child. At the time, they were in Australia on their first overseas tour as a married couple. The royal pair did not announce an exact due date and instead confirmed the baby will be born "in the spring of 2019."

With Meghan in the final stages of her pregnancy, speculation over the baby's gender and name has reached fever pitch.

Bookmakers have Diana (Harry's mother's name) and Victoria (Harry's great, great, great grandmother) as their hot picks for a girl, while for a boy, the popular royal names Arthur and Edward, as well as Philip (a nod to Harry's grandfather), top the lists.

Baby Sussex will become the seventh in line to the British throne, behind grandfather Prince Charles, uncle Prince William and his three children and Prince Harry.