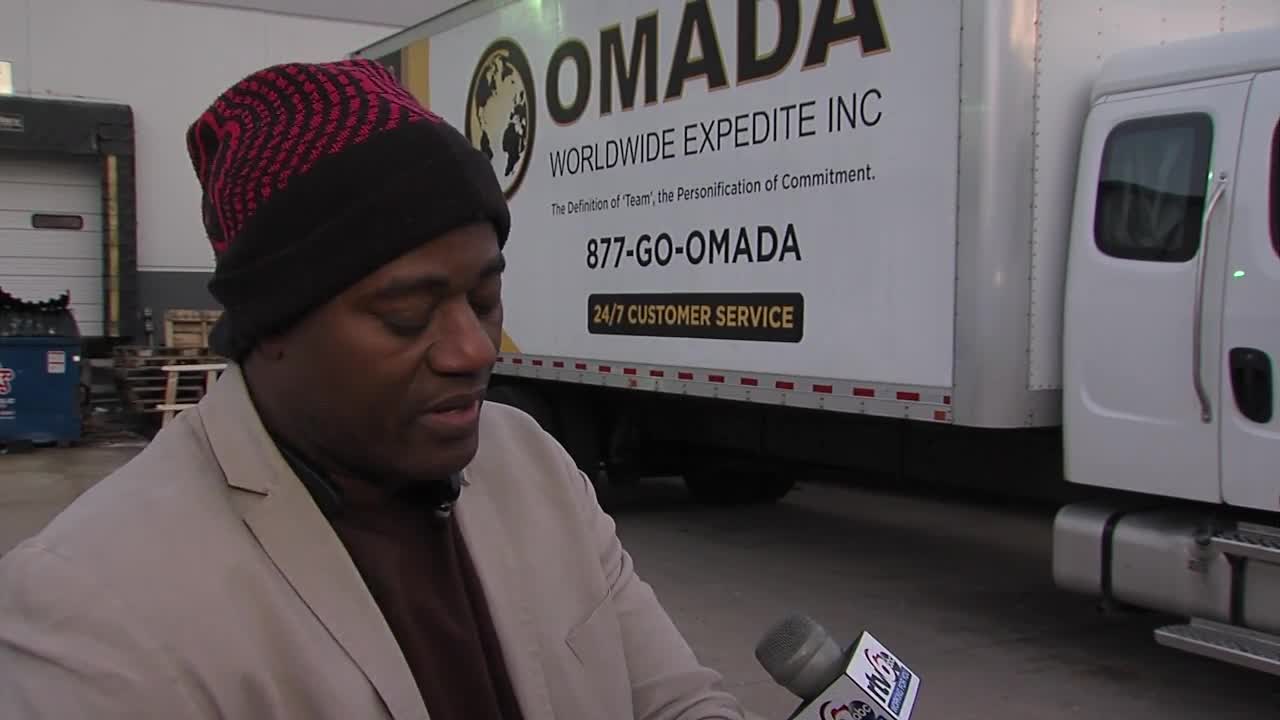 A good Samaritan, Mitch Navarre, describes when he helped a tanker truck driver after a crash and explosion on an interstate ramp on the east side of Indianapolis. 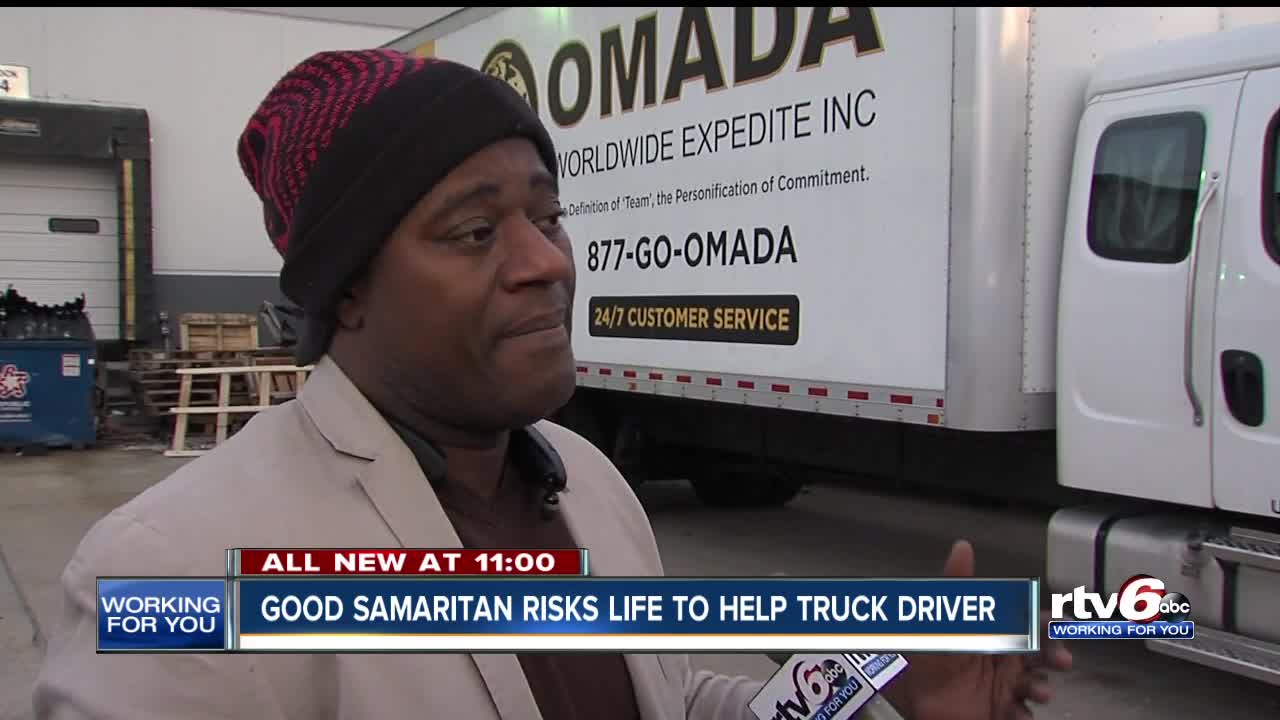 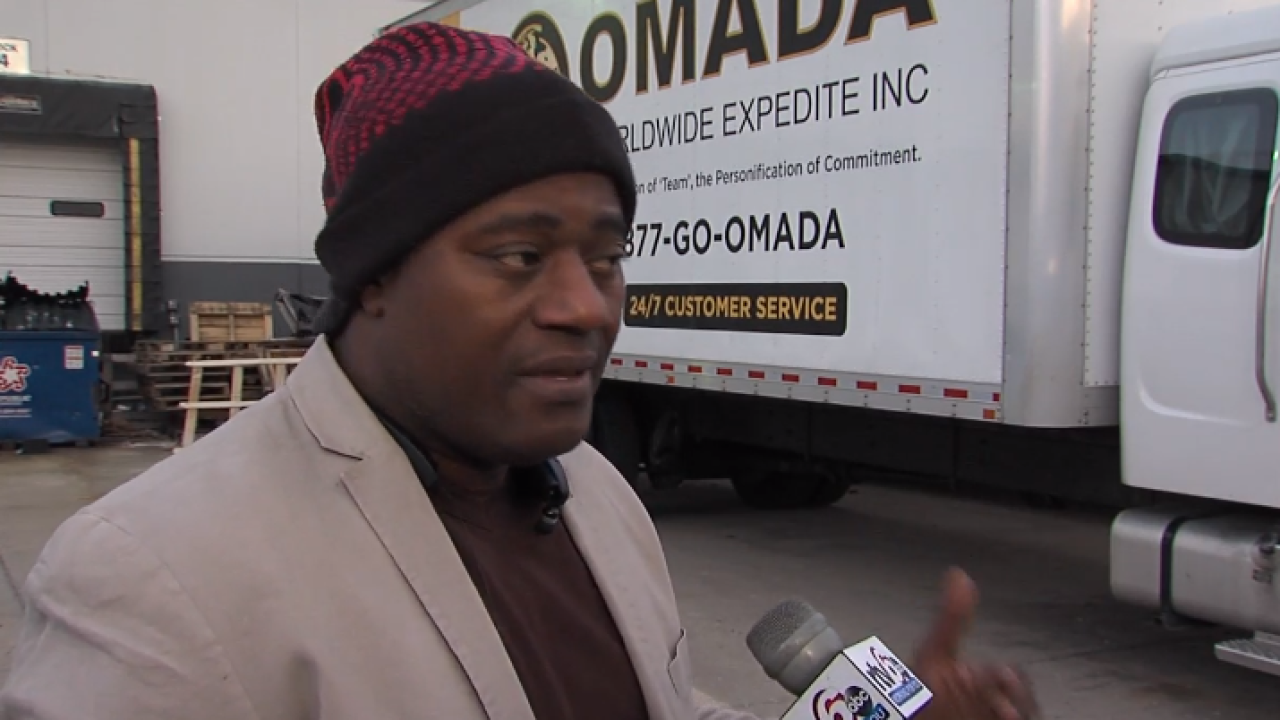 INDIANAPOLIS — Mitch Navarre said he's no hero, but he might have saved a life Thursday.

Navarre was one of the three good Samaritans who helped rescue a tanker truck driver after a crash and explosion Thursday afternoon on an interstate ramp on the east side of Indianapolis.

Navarre was driving west on Interstate 70 in his semi-truck when the tanker truck ahead of him flipped on the ramp to I-465 southbound. After running across multiple lanes of interstate traffic, Navarre spotted the driver of the tanker truck with his clothes on fire.

"As I was coming with my truck I saw the man. He was burning and everyone was on their cell phone. The first thing that came to mind, I just parked the truck and jumped the highway and went onto the hill and tried to literally get the man out of that fire," Navarre said. "I wasn't just trying to be famous or to be on TV. In fact, when that happened, I just walked away. This man was burning. This man was actually fried."

Navarre took the coat off his back and gave it to his fellow trucker. He said the smoke around them grew heavy and dark as the tanker carrying 4,000 gallons of jet fuel started to explode.

"As I saw him getting ready to die, he knew he was gonna die. I said I'm going to get you out. I don't know how, the whole flame was inside, we were inside the flame. Nobody saw us," Navarre said.

Another good Samaritan, Holly McNally, helped Navarre carry the injured trucker to the bottom of the ramp where they were met by another civilian and a state trooper.

Navarre, the former dean of a local school, is driving trucks while he studies for his PhD in leadership, a quality that may have saved a life.

"I heard some people say, 'You're gonna die together.' As they said that, I said to that guy, 'I'm going to get you out,'" Navarre said. "As I was coming out, everybody was saying I was a hero. I said, no, I was a human first."

This story was originally published by Cameron Ridle on WRTV in Indianapolis.