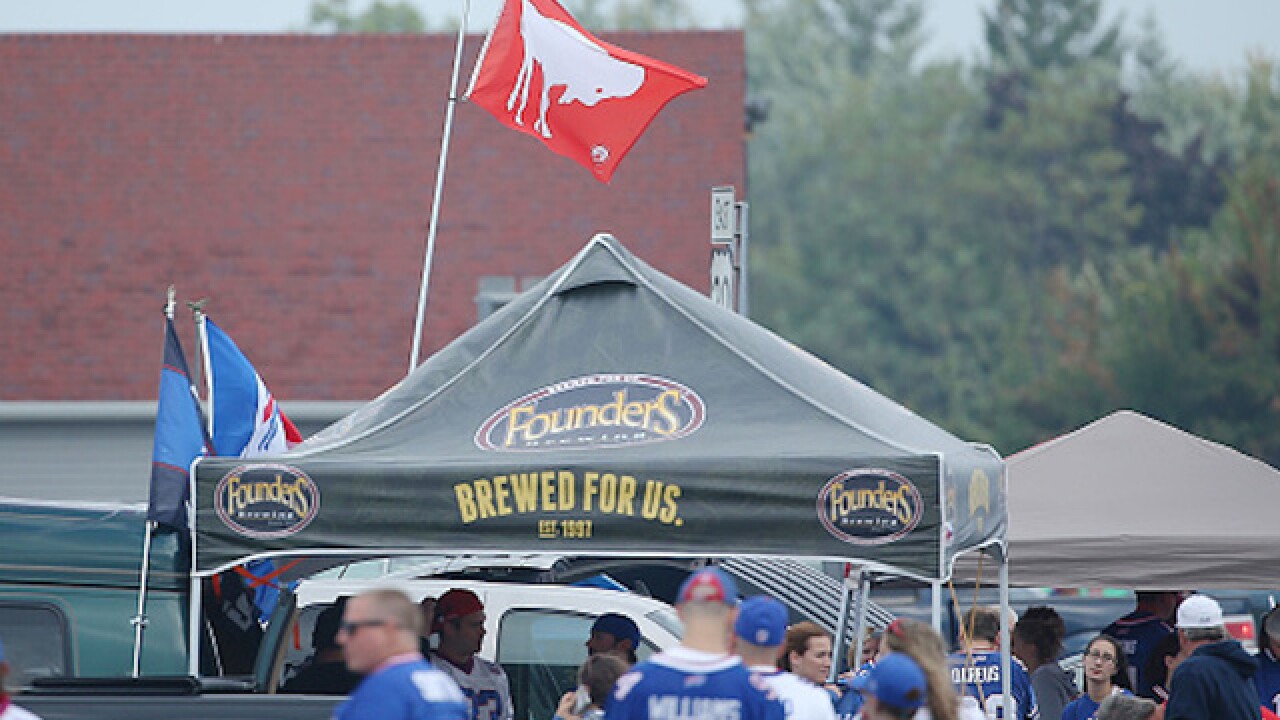 Copyright 2018 Scripps Media, Inc. All rights reserved. This material may not be published, broadcast, rewritten, or redistributed.
Tom Szczerbowski
<p>XXX during the first half at Ralph Wilson Stadium on September 21, 2014 in Orchard Park, New York.</p>

Despite warnings that violators could face criminal charges and be ejected from festivities, Buffalo Bills fans continued their maniacal tradition of body-slamming tables during the team's home opener Sunday.

According to deputies with the Erie County Sherriff, at least two people body-slammed through tables before or during the Bills/Chargers game at New Era Field in Orchard Park. One person was ejected from the premises, and their name was reported to team management. Another person was able to evade authorities.

Bills' fans — or, as they call themselves, Bills' Mafia — have taken to climbing cars and campers and pile-driving folding card tables as a tailgating tradition in recent years. The stunt may look painful, but videos of the slamming can get hundreds of retweets and thousands of views.

Even infants are getting in on the action.

It's not the only strange tailgating tradition Bills fans undertake. One fan, known as "Pinto Ron," likes to be doused in ketchup and mustard prior to every home game.