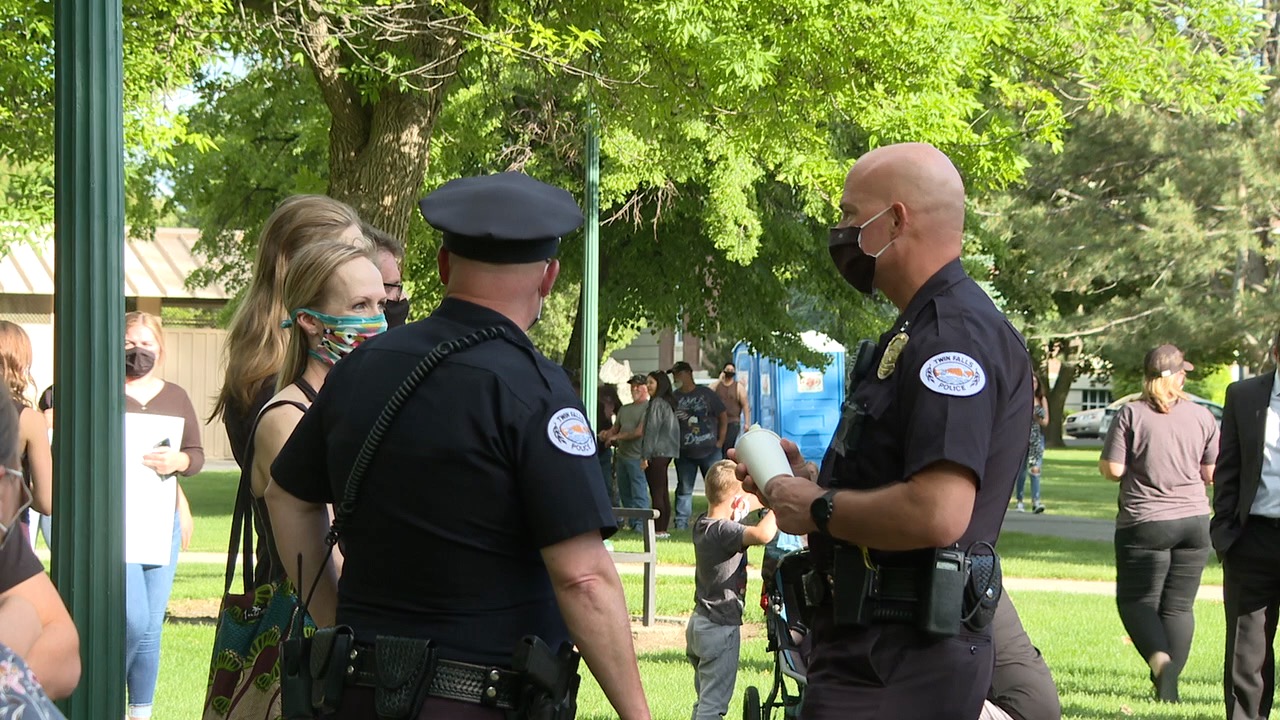 TWIN FALLS — The peaceful vigil held in Twin Falls City Park Tuesday achieved its goal of remaining peaceful. Now that it has ended, the question comes into play about the next step for the police department and city council.

Police Chief Craig Kingsbury is hopeful in maintaining an open dialogue with the African American community and other marginalized groups to see if they can solve issues within the town.

"We stand with those in the marginalized communities and we hear them, and we understand their frustration, and I pledge to this community and this state that we will do better," said Chief Kingsbury.

The importance and relevance of these issues during this time is felt throughout the community. Public information coordinator Joshua Palmer said this about the open discussions

"That is our primary concern, we want everybody to have a voice, regardless of their race, religion or background. For those folks who feel like they can threaten others because they disagree with their opinion, we're not going to allow that," said Palmer.

One of the organizers of the vigil, Winnie Christensen, spoke out as to why having this platform to talk with the city and police is so important.

With plenty of time ahead and many conversations to be had, the police department and city will remain vigilant in hoping to serve this town and bring needed change to make it better for everyone .