"Maid in the Shade" B-25 bomber arrives in Twin Falls 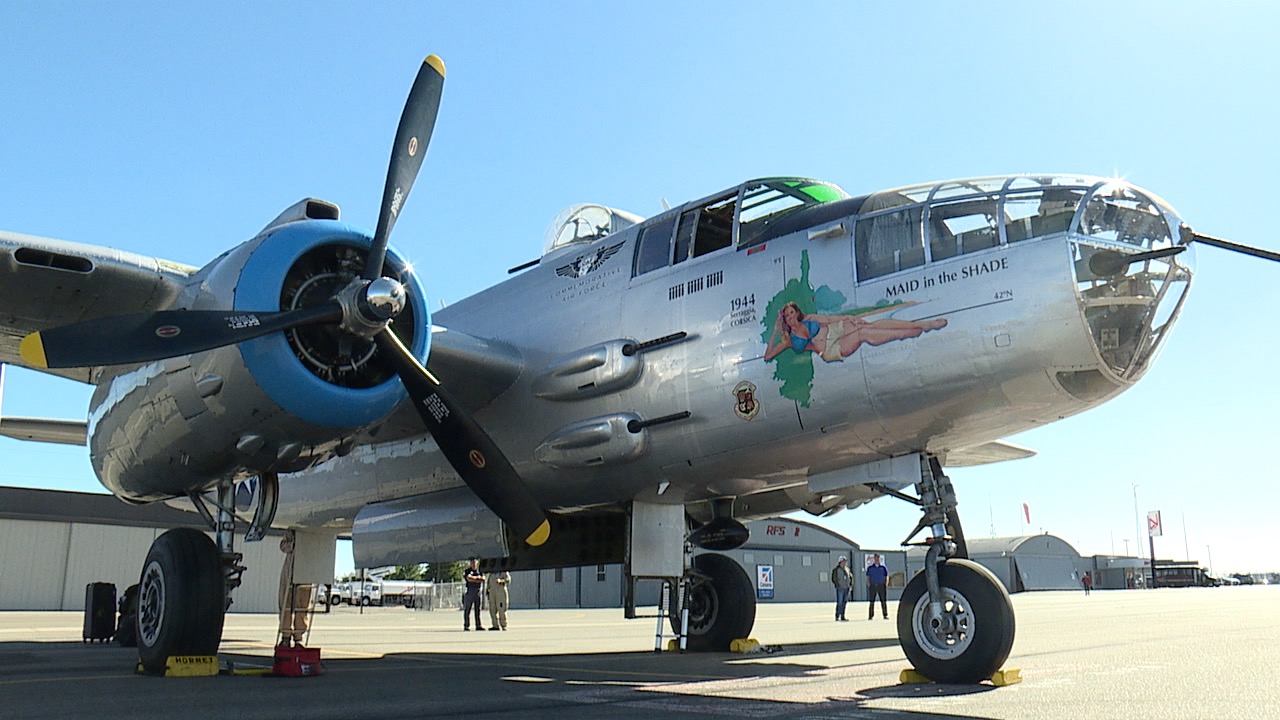 Tours of the aircraft will be offered Wednesday through Sunday and rides will be available available Friday to Sunday.

TWIN FALLS, Idaho — Tuesday marked the arrival of the B-25 bomber "Maid in the Shade" at Magic Valley Regional Airport. The bomber is among the nearly 11,000 constructed during World War II and is one of only 34 still functioning today.

"Maid in the Shade" is also the only one of the 34 that experienced combat, going on multiple missions to bomb German rail yards and bridges.

"It flew 15 combat missions in November and December of 1944. Those combat missions took place in Italy and Yugoslavia," says ride coordinator and loadmaster, Dan Potter.

The stop in Twin Falls is part of The Arizona Commemorative Air Force summer tour "Flying Legends of Victory Tour" that visits multiple locations across the country. The tour helps remind and educate people of the sacrifice and bravery of service members that fought in World War II.

"As we've all now gotten a little bit older, who's left telling the story is actually the airplane," says pilot Mike Doyle. "We have a dedicated group of volunteers who know the history of the people who flew these airplanes and their stories. So along with seeing the living history of the actual piece of metal sitting here, we have their stories."

COVID-19 has brought some changes to the tour, with some locations canceling or implementing extra safety protocols for visitors. For the Twin Falls visit, face masks are required for those boarding the aircraft due to cramped quarters. The plane also goes through an extensive sanitation process, including wiping down the plane's surfaces and the headphones passengers use to communicate.

Members of the current crew feel there is a large amount of responsibility and honor in maintaining the aircraft and showcasing it nationwide.

"In the past, when this airplane was used during the war, 19 and 22-year-old kids were operating this airplane with not a lot of experience, in a hostile environment, and people were shooting at them. So as far as the honor of it, it's an honor to tell their story," says Doyle.

Flights will also be available Friday to Sunday between 10 a.m. and 1 p.m. Tickets are $325 for a waist compartment seat or $590 for a jump seat.

Reservations for flights are required and be accessed through the Commemorative Air Force Museum website.