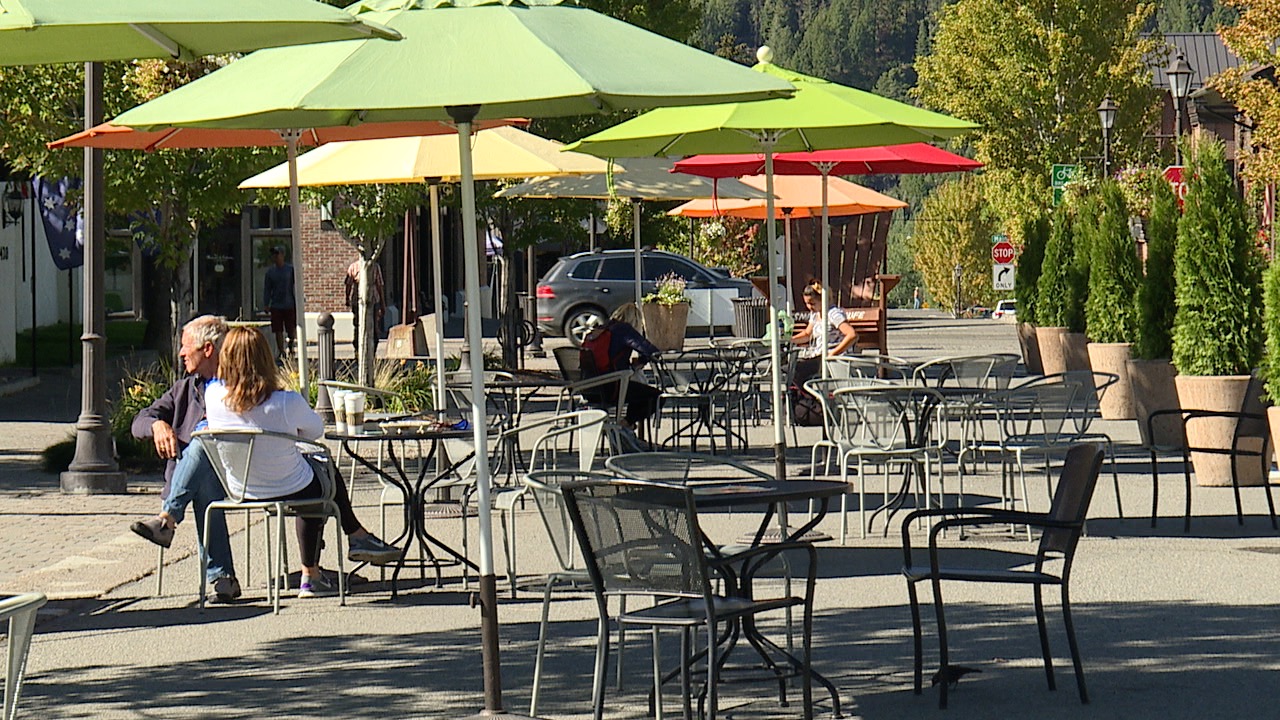 The goal of the area is to try and promote walkablility throughout Ketchum and to attract more people downtown.

KETCHUM, Idaho — In early June, the city of Ketchum decided to close a portion of Fourth Street, just off the town's city square, to provide an area for residents and visitors to sit and relax.

The project initially expanded two city blocks from Walnut Avenue to Leadville Avenue but has since been condensed to one after negative opposition from surrounding residents.

The city held a "Feedback on 4th" event Wednesday where residents could see the history of what the city has done to make Fourth Street a pedestrian corridor. Community members were also given a chance to take a survey and share their thoughts or ideas on the space.

For years, the city has been attempting to provide another type of outdoor seating area for the community. COVID-19 prompted the city to work quickly to provide a place with more seating where people can socially distance.

"The idea was to create more space to walk around town safely but also a place to gather and keep social distance," said Ketchum Mayor Neil Bradshaw.

The shutdown also aims to promote walkability throughout the city and attract more people downtown.

However, not all residents and businesses have been receptive to the street's closure. Some shops surrounding the local area feel it's resulted in fewer patrons due to parking difficulties. They also blame the lack of traffic flow because of cars avoiding the area. Others feel the site is not getting used enough to close off an entire city block.

Still, other residents support the new space and are glad there is more opportunity to enjoy downtown.

Due to the site's differing reactions, the city welcomes any resident to come forward with questions or concerns they may have. The street will remain closed until late autumn, and city officials will meet and discuss the future of the Fourth Street pedestrian corridor.