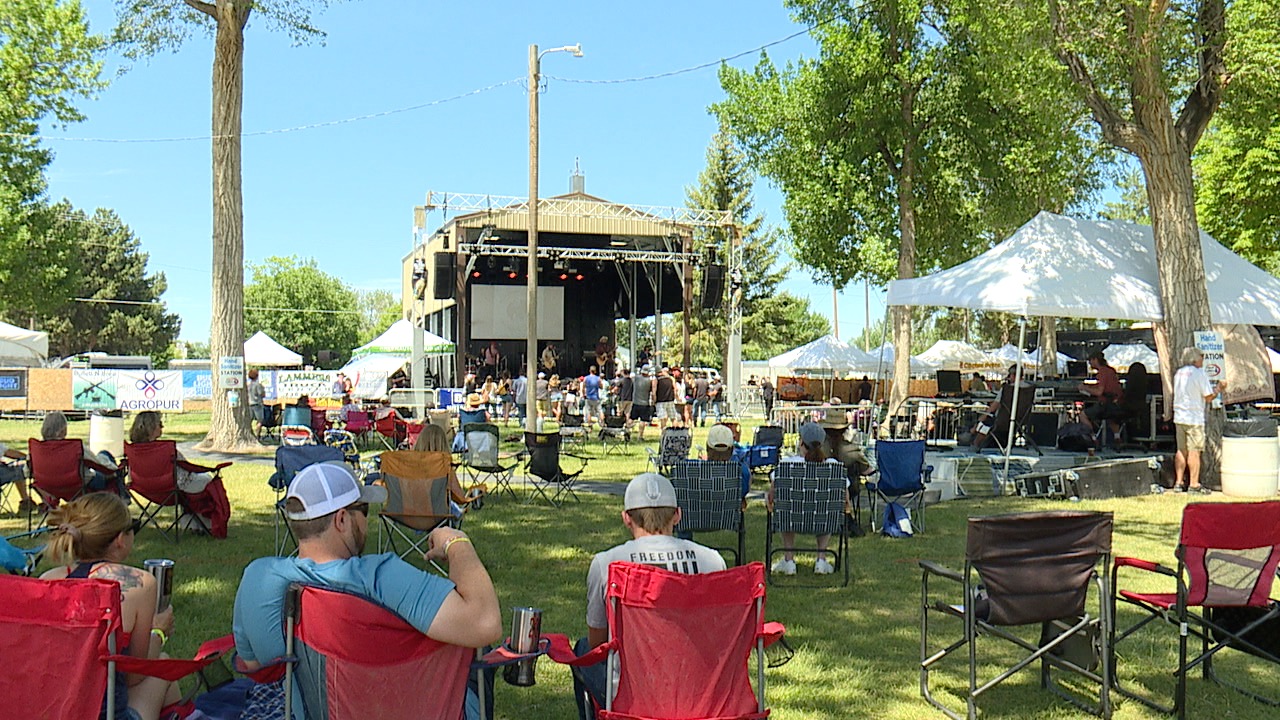 TWIN FALLS COUNTY FAIRGROUNDS — HWY 30 Music Festival is finally underway after a long-anticipated wait for everyone involved. The atmosphere at the grounds was one of sheer enjoyment and excitement as people could finally get out of their homes and take a step back towards a sense of normalcy.

The day started as good as anyone could've hoped for with food, music, beverages, and plenty of vendors with merchandise ranging from band t-shirts, HWY 30 music festival hoodies, and hats.

The organizers of the event also prioritized having a safe environment for concert-goers. Sanitation stations were set up directly at the main entrance as well as scattered throughout the grounds.

For those who wanted, face-masks were also offered upon entry to the event. Social distancing was encouraged, and people did the best they could to abide by that rule. Many families sat wit each other with space in between different groups to limit contact with one another.

While it may be more challenging to enforce social distancing later in the evening, the festival plans to remain as vigilant as possible to remind people to be safe. Director of the festival, Gordy Schroeder, would take to the stage in between each act to go over ways for people to follow guidelines while having a good time.

As much as the priority is for concert-goers to be safe, the same level effort is put in for the musicians. In the breaks between sets, while Gordy explains safety measures to the public, staff assists bands in wiping down microphones stands, sanitizing the microphones themselves, and any other surfaces performers may have touched.

The bands and performers also feel the same amount of responsibility and attempt to lead by example. Singer and songwriter for The Lowdown Drifters, John Cannon, said, "We're all getting tested, and you know keeping our distance and washing our hands and sanitizing, really all you can do."

The hard work put in for this festival to occur has not gone unnoticed by all concert-goers and bands. The work was tremendous for Gordy, who typically starts preparations a year in advance, had a matter of months to book acts, and pull everything together with all new sanitation guidelines.

Concert-goer, Billy Painter, commented, "I want to thank Gordy for fighting as hard as he did to make this happen...Gordy is playing it smart. We're doing the proper social distancing. We got hand sanitizers everywhere. You know, he really played his cards right."

Gordy has found himself emotional at times with the continuous flow of appreciation, support, and thanks from all of those who have been able to attend.

The festival will continue on as planned for the Friday and Saturday with a minimal number of remaining tickets. The target goal was 3,000 tickets to be sold, and only a fraction of those remain.

For those who have or will be attending in the upcoming days, the central message of the festival was to have fun and try to get back to living.