How cities plan to educate residents on COVID 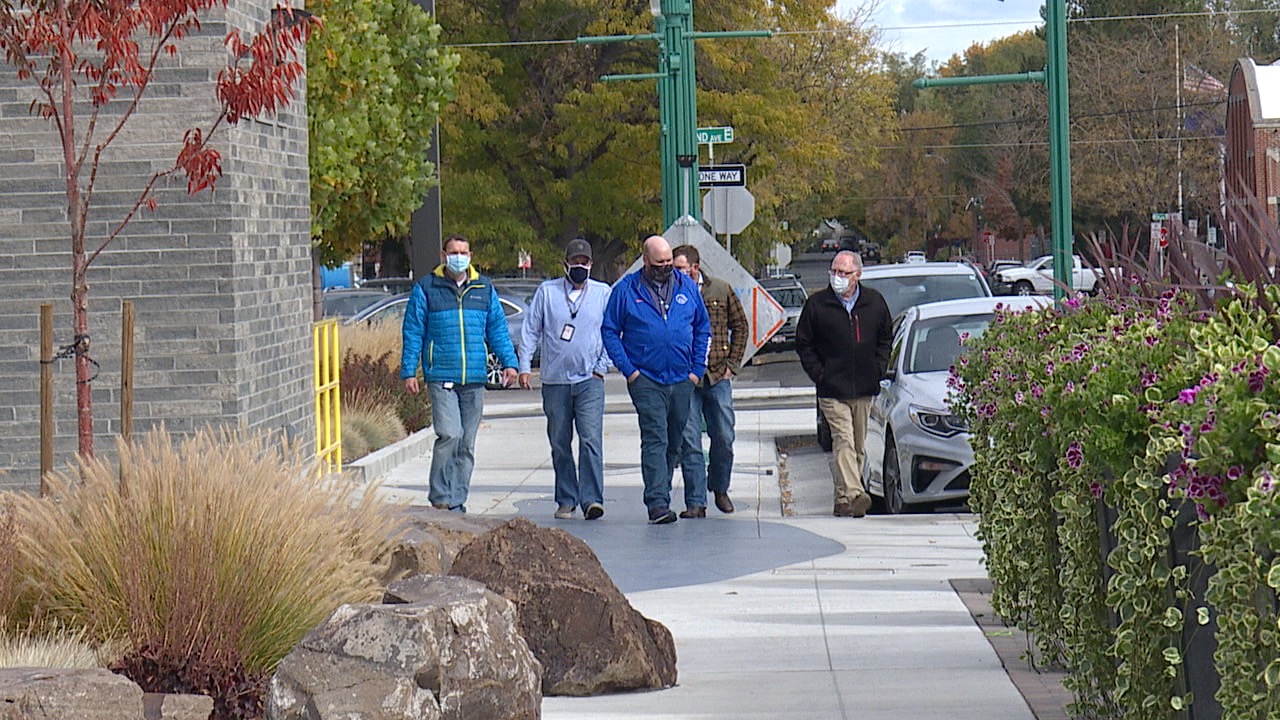 Both Jerome and Twin Falls plan to release information and COVID protocols through numerous platforms, including social media on a regular basis.

TWIN FALLS, Idaho — After several cities decided against any strict COVID policies or regulations, such as a mask mandate, many are looking to new ways to educate and reaffirm the importance of following safety protocols to the public.

Despite requests from local hospitals for cities to take action as ICUs fill up and staffing numbers are strained, some cities chose not to enact any ordinances, feeling that a broader regional collaboration would have more of an impact rather than just one city taking precautions.

"What the council wants to see is a regional approach to this and to be a partner in that and to be consistent with our neighbors across the river in Twin Falls County but also in Jerome County and work together on stuff that we can all get behind instead of doing stuff differently," said Jerome City Administrator Mike Williams.

Twin Falls is one of the cities that tabled a mask mandate recently. At Monday's council meeting, they passed a resolution to re-emphasize basic safety protocols.

"We need to step up how we clean things, how often we wash our hands. When you can't distance, please put a face covering on to help at least slow the spread of this thing," said Mayor Suzanne Hawkins.

City councilors are now looking at how to utilize platforms like social media to reach the community and educate them about necessary COVID-19 precautions.

Jerome city leaders met several weeks ago to discuss possible policies to slow the spread. A mask mandate was on the table but discussions didn't move forward enough for it to reach the voting process.

Like Twin Falls, Jerome has also decided to do more of an education campaign through social media with information regularly released.

"Every day, every other day is kind of our target to be able to just get that message out. We don't want to flood it so much that people just grow absolutely sick of it, and as soon as they see it, they turn it off. But to have it out as frequently as we can so people remember and it's on the forefront of their mind," said Williams.