Hiatus Ranch seeks to help combat veterans through its animals 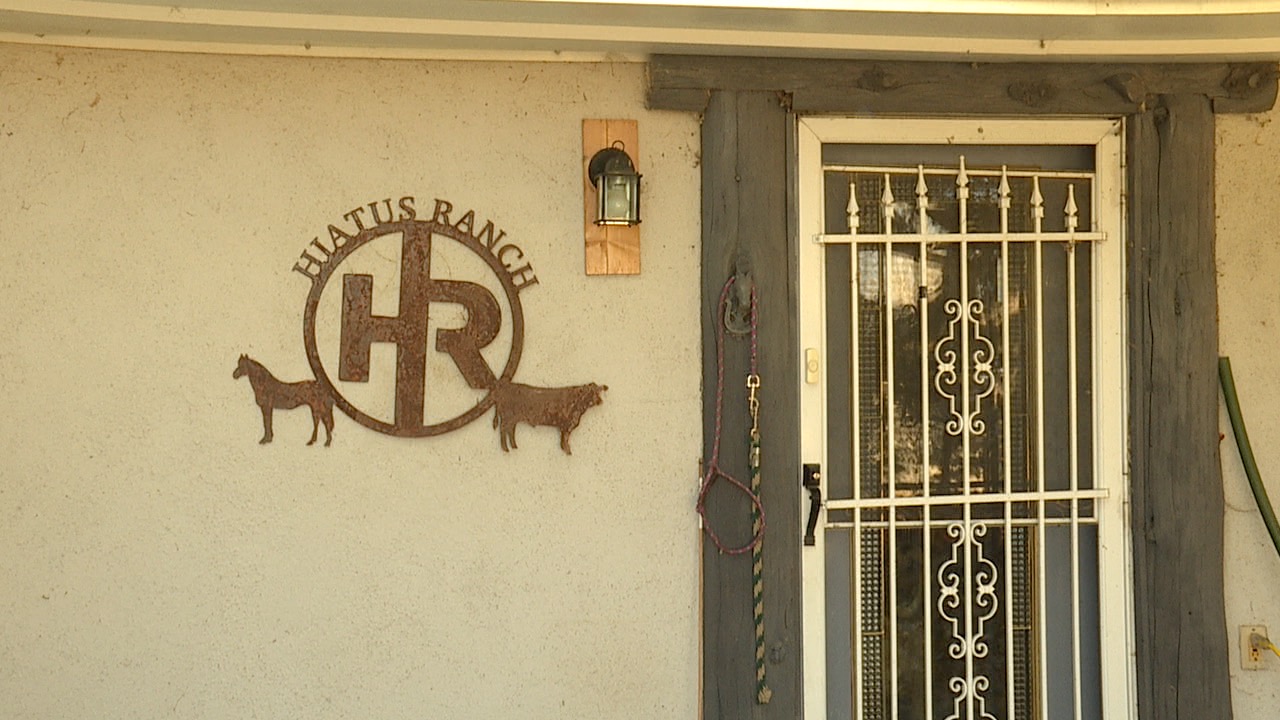 The ranch will allow two to five veterans at a time to stay for a minimum of 30 days while tending to the animals on the ranch.

SHOSHONE, Idaho — Many veterans returning from combat tend to be affected by trauma from their experiences. One local veteran is working to help other combat veterans who need comfort and rest through the animals on his ranch.

Joshua Burnside, the founder and president of Hiatus Ranch of Idaho Inc. was in the U.S. Army for 13 years and served in two combat tours in Iraq as a combat engineer. He was injured in 2011 and medically retired in May 2013. Suffering from PTSD, Josh looked towards drugs and alcohol to deal with the trauma and ease the pain, which failed, leading to attempting suicide.

Originally from Tennessee, a friend invited him to Idaho for a program called "Higher Ground" based in Sun Valley, where they were hosting a veteran ranch rodeo. Despite being hesitant at first, Josh decided to attend and fell in love with the lifestyle.

He began volunteering at local area farms back home and attending veteran programs centered around farming. While the programs helped, he felt, along with other veterans, that they were not long enough. After purchasing the Hiatus Ranch in January of this year, he now has the mission of providing veterans a chance to reset, regain their bearings and return to life.

"You think about each veteran back home that is going through what they're going through, and they've reached those tough spots, and they need to advance and get out of that rut," said Burnside.

Those staying at the ranch will be able to stay for a minimum of thirty days and even longer if the time is needed.

Josh is still getting things together but hopes to provide all kinds of recreational opportunities throughout the valley, mental health services, and financial advisors to educate and help veterans get their finances back on track. However, the main goal is to have these veterans work with all the different types of animals on his ranch. There are cows, goats, roosters, donkeys, alpacas, and sheep. Yet Josh is putting a big emphasis on his program on working with horses.

"We're offering an Equestrian program, and they can do as a beginner level all the way up to as advanced as they want to do. We'll also have a team of horses so those that can't ride physically or mentally then they get an opportunity to still be a part," said Burnside.

Once up and running, Josh wants the ranch to be operating in a very structured environment, somewhat like the military. All veterans will have chores and set tasks to be done while tending to the animals.

Volunteers and some other core workers will be needed to help the ranch run smoothly. For now, there are volunteers on-site to get things in shape and assist with taking care of the animals. One of these volunteers is Kanisha Morgan, another veteran who served for three years and was in boot camp with Josh. She has noticed how valuable this service will be, especially since the goal is to have groups of two to five veterans staying at one time to make treatment more effective.

"You want to help so many people, and so many people do need help. However, I have seen organizations that come...come and go… well, many are still here, but when you scale up so big, you're effectiveness kind of diminishes," said Morgan.

A lot still needs to be done to help this come to fruition. The ranch needs to raise enough money to help with the food and amenities, the purchasing of some other animals, and assist in constructing where the veterans will be staying. The site still needs to be cleaned and touched up, and Josh is in talks with Lincoln County about zoning.

Despite the heavy workload, Josh remains vigilant in making this longtime dream a reality and hoping to be up and running by the fall of next year. "It was a dream, and a goal of mine on a ten-year plan and has progressed a whole lot quicker than what I anticipated. I know there's a lot of people out there that want to help and just aren't aware, and it's just getting the word out about what we're doing and helping the community," said Burnside.

There is even a phase two to this project for once the ranch is up and running, which involves not only helping veterans but at-risk youth and foster kids as well.

For those who would like to find out more information or donate, it can all be found on the ranch's website.