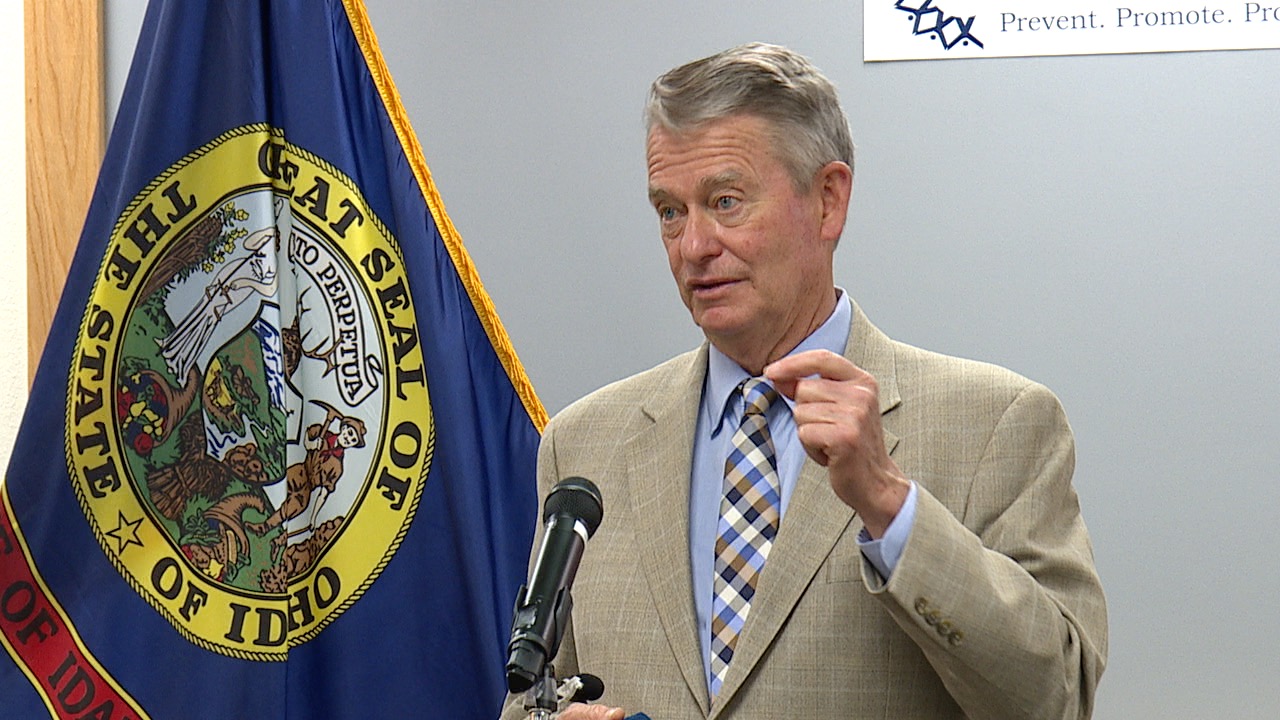 The Governor discussed how Idaho will remain in stage four for another two weeks and how residents can help play their part to fully reopening.

TWIN FALLS, Idaho — The growing number of COVID-19 cases in Idaho, which as of publishing stands at more than16,000 thousand cases, has forced Governor Brad Little to hold the state in stage four of Idaho Rebounds once again. Idaho initially entered stage four on June 13 and has been extended several times.

The governor traveled throughout the state Thursday to meet at local area health districts to discuss the importance of Idahoans doing their part if we wish for a full reopening. In Twin Falls, the South Central Public Health District held a press conference where Little stressed the importance of wearing face masks during this time, although there is no plan for the state to require face masks.

"Wear a mask to show you want a strong Idaho and a strong America. Wear a mask if you want our kids to go back to school in August. Wear a mask so our economy can continue to rebound," said Little.

The plan for schools reopening was also a topic of discussion since classes resume in late August. Reopening plans for schools will be left up to the school districts as they work closely with their local health district. Many are planning on in-person classes or a hybrid with digital courses also offered. Schools across the state are hoping to have their plans finalized within the coming weeks.

Several other talking points were addressed in the conference, such as the CARES Act and the current state of unemployment throughout Idaho. The $1.25 billion from the CARES Act allowed Idaho to provide economic assistance for businesses, local governments, and others in need. The state is still working to find ways to redirect the funds appropriately.

Unemployment has also seen its figures drop. There has been a 30% improvement over the past month, where 89,000 people were unemployed, as opposed to the now nearly 56,000 thousand.

Much of the press conference dealt with people practicing correct safety measures. The governor commended health districts for keeping such an open dialogue with the state to see where they stand and taking matters into their own hands. South Central Public Health District just recently passed a face mask resolution heavily encouraging residents to wear masks in public.

Although the state is in stage four and unlikely to go back a phase, local health districts still have the authority to do so if the situation worsens. To prevent such actions from being taken, South Central Public Health District will continue to spread the word of wearing masks to protect oneself and fellow community members.