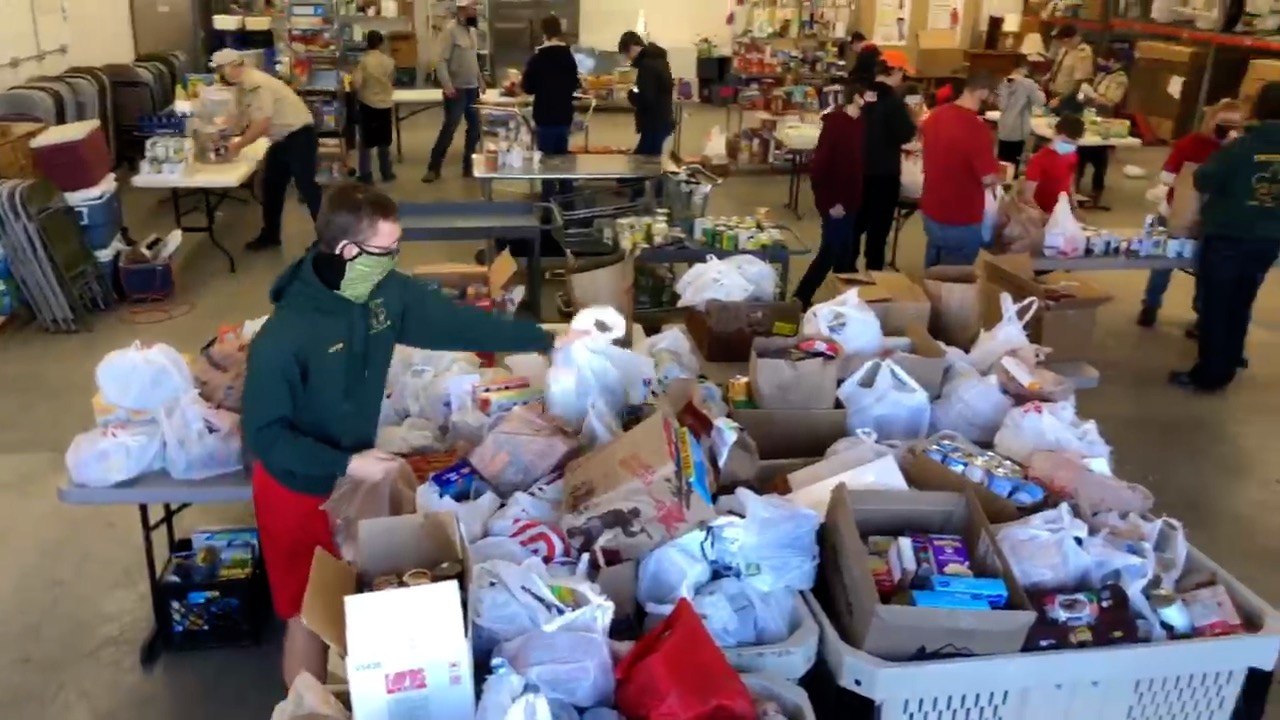 Multiple local food pantries were able to receive thousands of pounds in food to help serve the community.

TWIN FALLS, Idaho — The Magic Valley Boy Scouts held the annual Scouting for Food Drive over the weekend after distributing thousands of fliers and bags in communities around the Magic Valley.

Scouts and volunteers rolled up their sleeves Saturday, collecting and distributing donations to area food pantries. While it was a long day of hard work, those involved say they appreciate everyone's help.

The food comes at the perfect time since pantries are gearing up for the upcoming holiday season.

"They have such a huge demand just for regular food for families, and now are able to serve things together for the holidays," said Parrish.

"Here's the thing about Thanksgiving and Christmas for you and I. We'll sit down at the table, and we'll have turkey, we'll have our favorite green bean casserole, dressing, whatever it is. What happens if you don't have it? At least through the Mustard Seed and other organizations in town, we're not the only one. We're one of the bigger, busy ones. But the people who don't have anything might be able to sit down and have a green bean salad," added Marvin Barnes, a Leadership Team member at Mustard Seed.

Mustard Seed received nearly 7,500 pounds of food and tell Idaho News 6 they couldn't be happier with the community's turnout.

"We're just the people who meet the folks at the back door. If it wasn't for the citizens of Twin Falls, the scouts, in particular, this weekend that gathered it all up for us, we'd be lost," said Barnes.

The pantry estimates the amount of food they received could last from three to four months and has already planned an upcoming food distribution event for the Saturday after Thanksgiving.

"We'll have enough food for over 600 families that day. So if anybody needs food besides us, County West, the 28 between 10 and 2 in the afternoon," said Barnes.