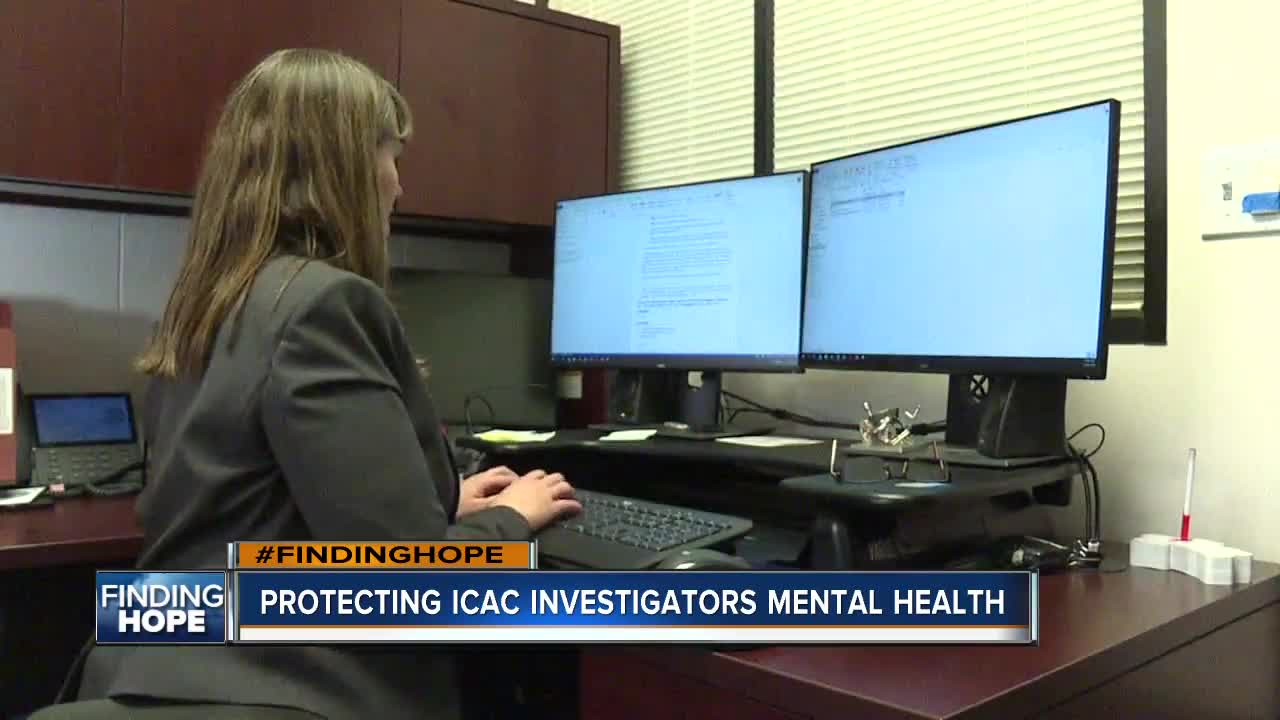 BOISE, Idaho — They see the most horrific images and videos daily. All of the crimes against children.

The Internet Crimes Against Children Task Force, known as “ICAC” is a multi-jurisdictional coalition of federal, state and local law enforcement agencies that investigate and prosecute individuals who use the internet or other technology to exploit children criminally.

The constant exposure to graphic sexual acts, violent rapes, torture, and in some instances, murder can take its toll on an investigator’s mental and emotional well-being.

Idaho ICAC Investigator, Mark Dalton, has spent three years with the agency and says, “some of the images and some of the things we’ve seen, it’s… you go home wondering is there any bottom to how low a human being can go and no, this job has shown me it’ll always sink you a little bit further.”

No matter how many cases they’ve seen, or years they’ve worked, investigators can’t allow themselves to become desensitized to their work. According to another ICAC investigator, Tamara Pittz, ‘if we become too desensitized to this work, then something that should bother us may not.” She also adds, “on the other hand; if we let everything bother us, then it affects our home life, it affects our ability to sleep...”

In this week’s Finding Hope, we sat down with the Idaho Internet Crimes Against Children Task Force to learn more about what the department is doing to protect its investigator’s mental health.

Christopher McCormick, ICAC’s Unit Commander, tells 6 On Your Side that the agency currently requires staff to see a mental health professional annually. But one visit each year isn’t enough for their team, and ICAC knows it. So over the past eight months, McCormick says the department has put aside money and has spent time designing a new and improved mental health program.

McCormick says this enhancement for his staff is essential because “an agency’s employees are it’s most valuable resource hands down.”

The new program will consist of more frequent mental health visits with a medical professional, and on-boarding/off-boarding process. ICAC hopes to roll out the new practice sometime this year.