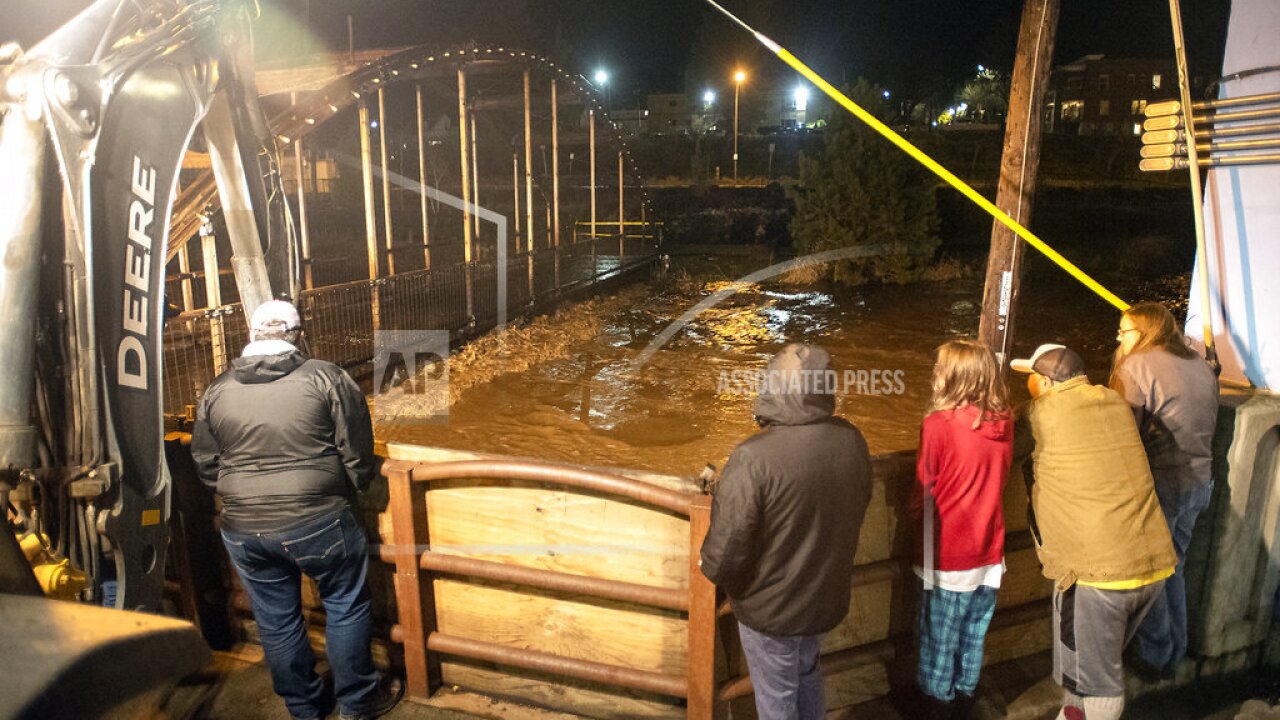 Pete Caster/AP
People look on as floodwaters from the South Fork of the Palouse River flow into a pedestrian bridge in downtown Pullman, Wash., on Tuesday, April 9, 2019. Heavy rains on the Palouse caused some rivers and streams in Southeast Washington and North Idaho to flood. (Pete Caster/Lewiston Tribune via AP)

PULLMAN, Wash. — Officials in the adjacent college towns of Pullman, Washington, and Moscow, Idaho, are cleaning up after heavy rains produced flooding.

The flooding of Missouri Flat Creek required the use of a city front-end loader to rescue two or three people who were standing on tables inside a laundromat, and first responders helped about a half dozen people evacuate a fitness studio, Wehrung said.

Across the state line in Idaho, Paradise Creek in Moscow was running a foot (30.48 centimeters) above flood stage at 7 p.m. on Tuesday, according to the National Weather Service. Several homes were damaged.

Resident Eric Clippinger said the flood waters damaged utility room in his home, and swept away landscaping and some tools. "That's why I have flood insurance," he said.

Meanwhile, heavy rains produced flooding in the Eugene, Oregon, area. About 500 people were evacuated from their homes on Tuesday.

The evacuations followed moderate flooding Sunday and Monday along the Coast Fork of the Willamette and Row rivers near Eugene, The Register-Guard reported. The Lane County sheriff's office urged residents to stay off roads.