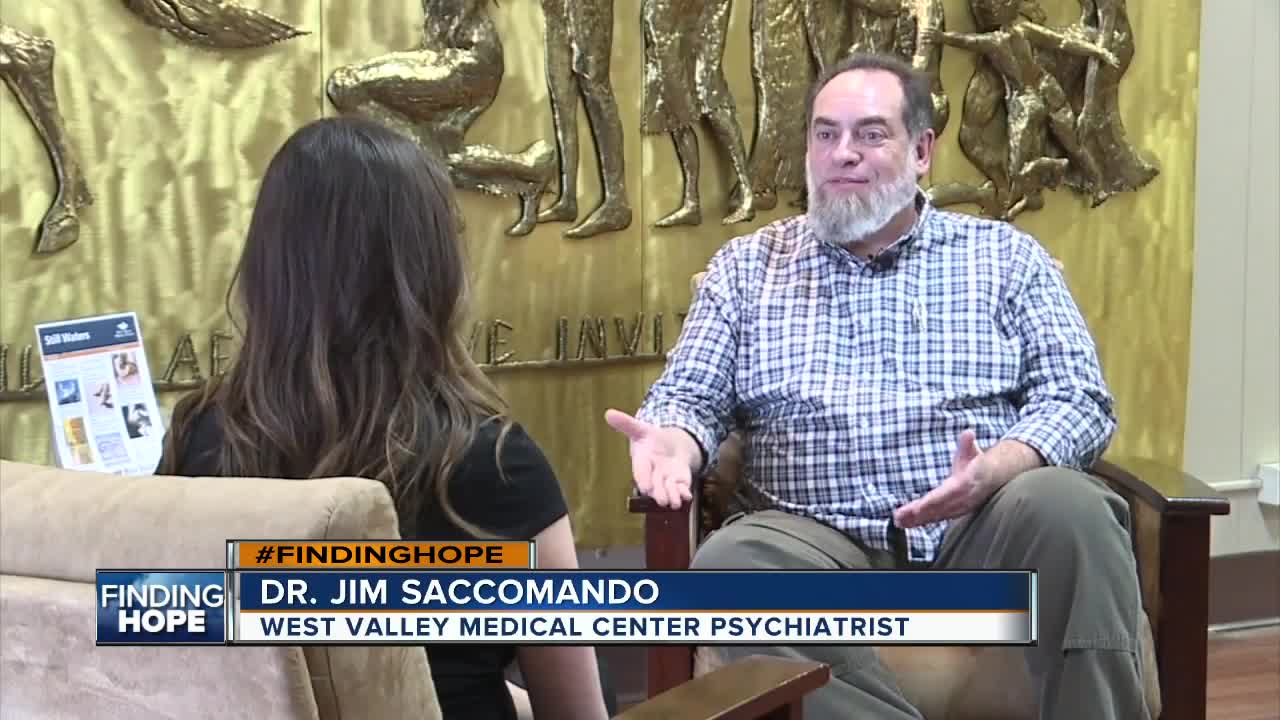 CALDWELL, Idaho — Medications prescribed to treat mental illnesses don't work for everyone, and for people in the Treasure Valley facing pharmaceutical dead-ends, doctors say Electroconvulsive Therapy could be the answer.

ECT, or "shock therapy," is offered at West Valley Medical Center in Caldwell three days a week and is one of few procedures performed by psychiatrists.

Dr. Jim Saccomando says it's a pretty simple procedure and only takes about ten minutes from start to finish. It uses small seizures to improve the symptoms of severe mental illnesses like depression, mania, psychosis, and catatonia.

Saccomando says the procedure has about an 80% success rate but is only considered as an option after more conventional methods prove unsuccessful.

"We don't do this procedure on everybody. We save it for people who have failed a few different kinds of medications, and maybe failed therapy," Dr. Saccomando said. "There are a few people that nothing works. No medication works except for ECT."

Saccomando says the procedure often gets a bad rap based on how it's been portrayed in movies like the notorious 1974 film One Flew Over the Cuckoo's Nest.

"[That movie] was probably the worst thing ever for ECT," Dr. Saccomando said. "Because it made it look like we force people to do this, we hold them down, they're awake when we do it, and it's nothing like that at all."

So here's how it actually works. A patient will receive medication through an IV, putting them to sleep for the procedure, which only takes about ten minutes total. Then they get a muscle relaxant, so when the seizures are induced, they won't hurt themselves.

A doctor will then apply a gel to two electrodes, which will be placed on the patient's head, and an electric current will be applied through a small machine.

"The typical seizure is only about 30-90 seconds. That's what our goal is," Dr. Saccomando said. "When you see the procedure get done, you see a little twitching of their fingers and feet, and that's really about it."

West Valley is the only option for ECT in the Treasure Valley, offering both in-patient and out-patient options. The two doctors who perform the procedures see dozens of patients every week.

"We have probably six to eight every day, and we do it Monday, Wednesdays, and Fridays," Dr. Saccomando said. "Sometimes, we have a lot more. There have been times we're doing like 13 a day.

For those concerned about the intensity of the procedure, you may be surprised to learn women can undergo the treatment while pregnant.

"In pregnancy, it's the safest procedure for depression because we're not using a whole bunch of medications," Dr. Saccomando said. "The meds that we use during ECT are only there for a few minutes. As a matter of fact, it's preferred for pregnancy, I would say, if you have severe depression."

Dr. Saccomando also says there's no concern about long-term brain damage, and in the worst-case scenario, patients may deal with temporary memory loss. "And for the most part, they all say it's well worth it," Saccomando said.

"The most common side effects are things like muscle aches, nausea, and maybe a little headache, but they're very mild and treatable with things like Tylenol," Saccomando said.

The treatment is a series of six to 12 treatments done two to three times a week, but some patients do what's called maintenance treatment, coming back once every few weeks to maintain their results.

It is an expensive procedure, and Dr. Saccomando says most patients can't afford it without insurance; however, most companies cover the method because it has been shown to be highly effective.

Patients are not permitted to drive for the entirety of the procedure, meaning not only will they need to be driven to and from the hospital for each treatment, but they won't be able to drive for roughly six weeks until they complete treatments.