The survivor is starting a nonprofit. 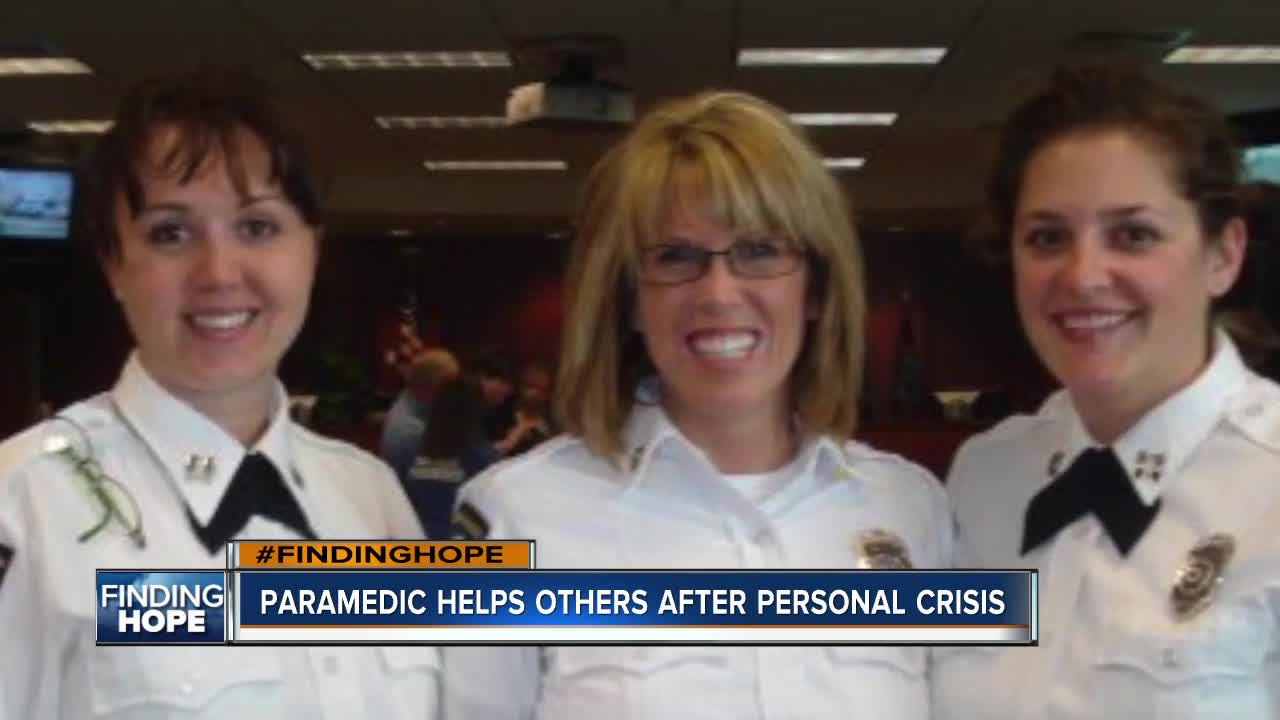 Ada County Paramedic Cameo Akins is bravely sharing her story of personal crisis: she says recently suffered a suicide attempt. After taking some time to heal, the survivor is now paving the way for others, so they never have to experience the hopelessness she felt last spring.

MERIDIAN, Idaho — Starting in May, 6 On Your Side began expanding our Finding Hope series to include investigation of the growing need for mental health resources in Idaho. But have you ever stopped to consider how the person responding to your 911 call... could also be in crisis?

Ada County Paramedic Cameo Akins is bravely sharing her story of personal crisis: she says she recently suffered a suicide attempt. After taking some time to heal, the survivor is now paving the way for others, so they never have to experience the hopelessness she felt last spring.

Akins comes from a long line of helpers.

"My brother is a police officer, I have an uncle that works as a first responder... my dad's actually a retired Boise City police officer," said Akins.

She said they have a lot of pride in what they do, but that there's also a certain stigma attached to the profession.

"We fix things, we don't need 'fix.' Like, we go out and take care of everybody, we're not the one ones that need to be taken care of," said Akins.

But one night in March, she said she was home alone, while her husband, a firefighter, was out of town, when she suffered from thoughts she said she'd never experienced prior.

"I just had a moment where I just thought that I couldn't do it anymore, and that I wasn't being beneficial to everybody in my life."

She said she came close to attempting suicide when she called her husband and he could tell something wasn't right -- prompting him to call 911.

"My supervisors were able to show up, and an officer showed up, and ya know, really were able to walk me through the process," said Akins. "I was really scared. I was embarrassed, um, I... you could see the aftermath of what happened with your friends and family and how scared they were.”

She said experts later helped her identify that while one cause may have been secondary trauma sustained from the job, the ideations were also a result of a combination of factors, including unaddressed mental afflictions.

"I was really bad at saying no, like if anybody needed anything, I was always there," said Akins. "I was not sleeping, um, I was having heart palpitations... I was having all this stuff happening that I just wasn't telling anybody about."

She said she wasn't sure if she wanted to continue working.

But Akins didn’t go back to normal -- Akins got active.

"I decided to start a nonprofit. I named it 'Silence isn't silent,' because I feel like, for me and other first responders, we're really good at keeping quiet about how we feel," said Akins.

The new group aims to fund treatments and therapies for first responders beyond what's afforded via worker's comp or employee assistance programs.

"Not every insurance will cover these, and they're not the cheapest type of treatments, and so our goal is to kind of bridge that gap, and be able to help someone -- say if they needed two treatments, but they could only get one. Being able to help them get that second one, we can really help them move forward," said Akins.

Once a helper, always a helper. It's what she does.

"One suicide is one too many."

But this time, Akins is doing so with more bravery and purpose than ever.

"I want them to know that it's okay not to be okay, and there are people out there who can help you, and to reach out."

Reach out to the Idaho Suicide Prevention Hotline at (208) 398-4357 if you or someone you know is exhibiting warning signs or having thoughts of suicide. Warning signs, according to the CDC, include:

To learn more about Cameo's group, Silence Isn't Silent, and how they can help you or a loved one, click here.