FINDING HOPE: Not as many people are using Western Idaho Crisis Center as anticipated 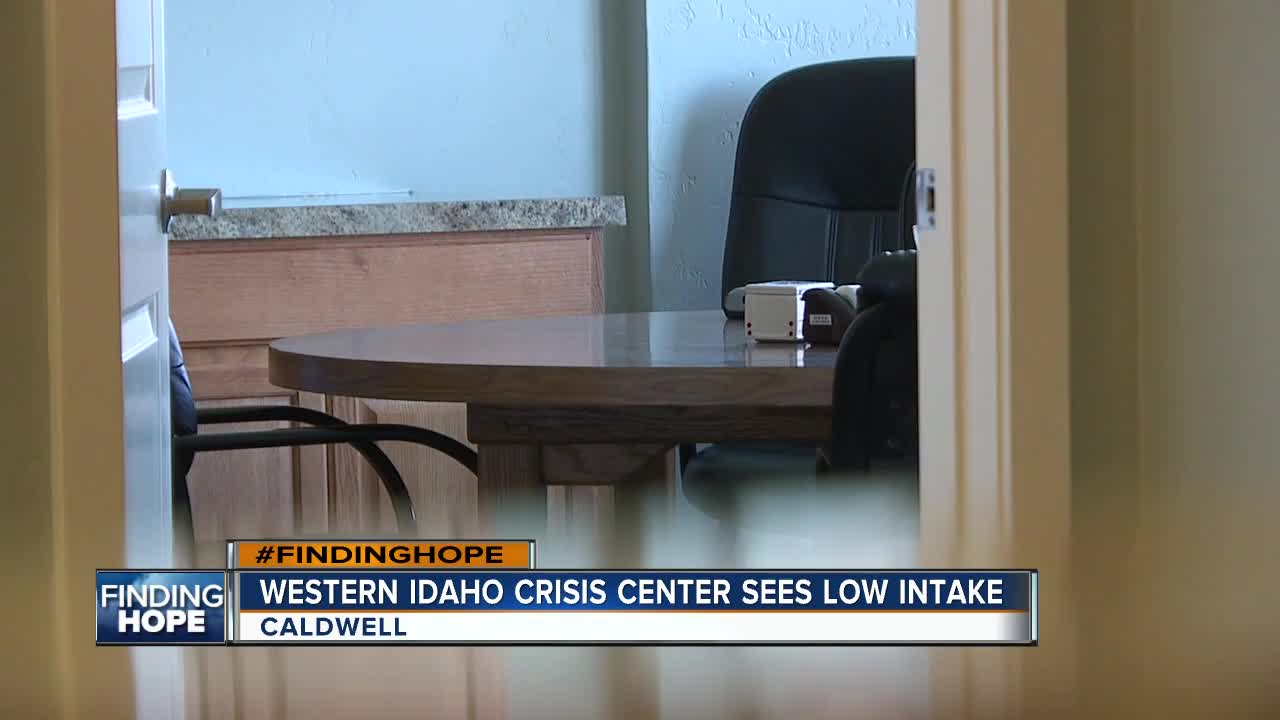 Western Idaho Crisis Center, which serves six counties including Canyon County, is seeing -- on average -- about two people using their facility per weekday, according to a rep.

CALDWELL, Idaho — An update to a story we first brought you last year:

If you build it, they will come. Or will they? It's now been almost a year since Western Idaho Community Crisis Center opened in Caldwell, but as 6 On Your Side's Madeline White reports, staff say they are seeing underwhelming numbers in their facility.

When Governor Brad Little proudly cut the ribbon on this sparkling new facility last April, hopes were high for the state-funded 24-hour crisis center that little said could be a big solution to mental and behavioral health needs in the state.

But since the facility opened, "Census has been a little bit lower than we anticipated," said Sarah Andrade, LCSW, Clinical Director of Lifeways, Inc. -- the company that operates the center.

She said they didn’t exactly receive the welcome rush they were hoping for. In fact, no one was there when I stopped by for an interview.

"Our average low census is about two."

Two people, on any given weekday, on average — in the 20-bed facility. This, despite that it’s free to use with a licensed clinician on the floor 24/7. For reference, Pathways Crisis Center in Boise sees six to seven people on average per day, according to a rep.

“Part of the feedback that we have received, has been fear of cost that consumers would experience from accessing the crisis center,” said Andrade. "We do collect information about insurance, but no individual who accesses the crisis center will experience any cost.”

She also said part of it could be stigma — or that people are just learning about and warming up to the concept.

“We’ve had individuals call and ask almost if their crisis is appropriate enough to come in," said Andrade. "I had another individual come here and say, 'I don’t know if this is a crisis, but I've never had this happen before: I don’t have enough food in my house and my kids get out of school in two hours'... Sounds like a crisis to me. This facility happens to be a close-door food pantry. We have a partnership with the Idaho Foodbank... She was in and out of here in an hour," said Andrade.

She said the center is a great place to begin the first steps toward recovery from addiction.

“Detoxing. We can do that -- we can do that here!” said Andrade.  “We offer peer support, we offer recovery coaches, we have licensed clinicians here who can kick that off in a beautiful way.”

And while this facility was originally lauded for helping taxpayers by giving police officers a place to bring people who are in crisis (that is not an emergency room or jail), she said, “The individuals coming in via law enforcement is pretty small."

So I asked why.

But she says a big hurdle is geography -- causing them to now look into telehealth for those faraway counties.

“If they had an officer that was to travel or bring the individual here, then, that needed the crisis center, then that leaves that county without an officer, and, ya know, boy, that’s a resource that that county needs.”

But mainly she just wants you to know, if you live in Gem, Owyhee, Payette, Adams, Washington, or Canyon Counties, and you’re 18 or older, you’re invited to come to the facility or call and learn more next time you’re in any kind of crisis.

“We can help you out. I mean, there’s so many things that we’re able to do here," said Andrade.

While the maximum length of stay is 24 hours, Western Community Crisis Center is not a lockdown center -- meaning you can check yourself out whenever you'd like.